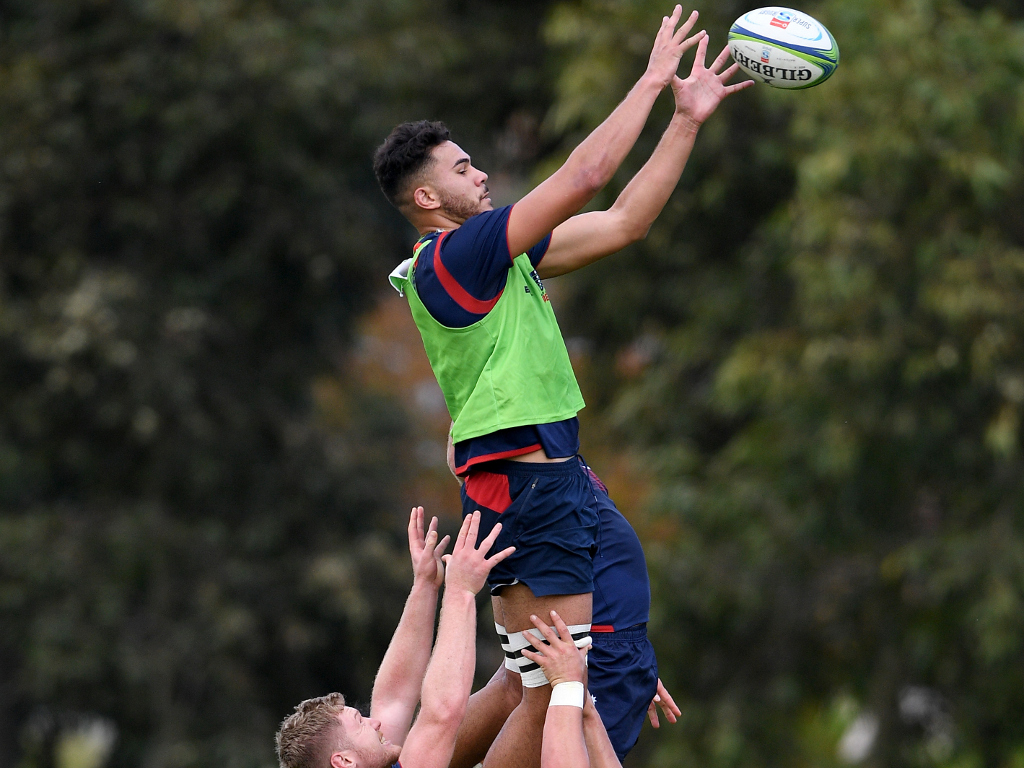 Promising second-row Trevor Hosea will make his first start for the Melbourne Rebels when they face the Waratahs in Sydney on Saturday.

The Junior Wallaby prodigy has made the most of his two appearances off the bench this season to warrant selection in a match that could prove critical for the Rebels’ season.

Speaking to the media this morning, Rebels assistant coach Kevin Foote said the call-up meant a lot to the 20-year-old giant.

“I’m very proud of those Victorian boys who’ve come through the system and I’m very excited for Trev,” he said.

“I spoke to him in the lift and he had spoken to his parents and he had almost gotten quite tearful, so I think it means a hell of a lot to him and his family back home.”

Campbell Magnay will miss the match after taking a knock at training yesterday leaving the Rebels with a 6/2 split bench.

Brought to you by ICS Service Solutions pic.twitter.com/qtNSraRgTy

Despite getting the win over the men from Sydney earlier in the year, Foote knows the Waratahs pose a different threat now.

“I think the Waratahs are actually doing really well,” he added. “I think Rob Penney came out of that isolation and really got his roots in with the team and I think they’re doing well and really getting better and better.

“They’re playing a brave style of rugby and some of these guys making their debuts that are not scared to let the ball go, so I think they’re actually playing a really good style.

“From a defence point of view, we’ve got to understand how they want to play and we’re going to have to shut them down, but it’s always been a tight contest and I’m really looking forward to Friday night.

“I don’t think the opposition really matters to us at this point – we just want to play better as a team, and we know we can beat anyone in this comp when we play well.”

With the team having relocated camp from Canberra to Terrigal overnight, Foote noted the change of scenery was doing wonders for the team’s mindset.

“The bye came at a good time for us – we really trained well at the backend of last week and then we front loaded this week before the travel, so it’s going to be a good game Friday night,” he said.

“I think the guys had blocked out Canberra knowing we weren’t going to be there forever, but we were lucky in that bye week being in Sydney, so a lot of the guys got to see their family there and the management really well planned around that.

“So, we spent that time in Sydney and then we came back to Canberra and we knew we were there for the week, so we really ripped into it.

“Canberra is a cold place, so I was a pretty nervous, but I actually really loved it; blues skies, the people were so good to us and the facilities were incredible, so we were really lucky.

“But to break it up now and come to a place like Terrigal in the Central Coast, it’s been pretty awesome.”