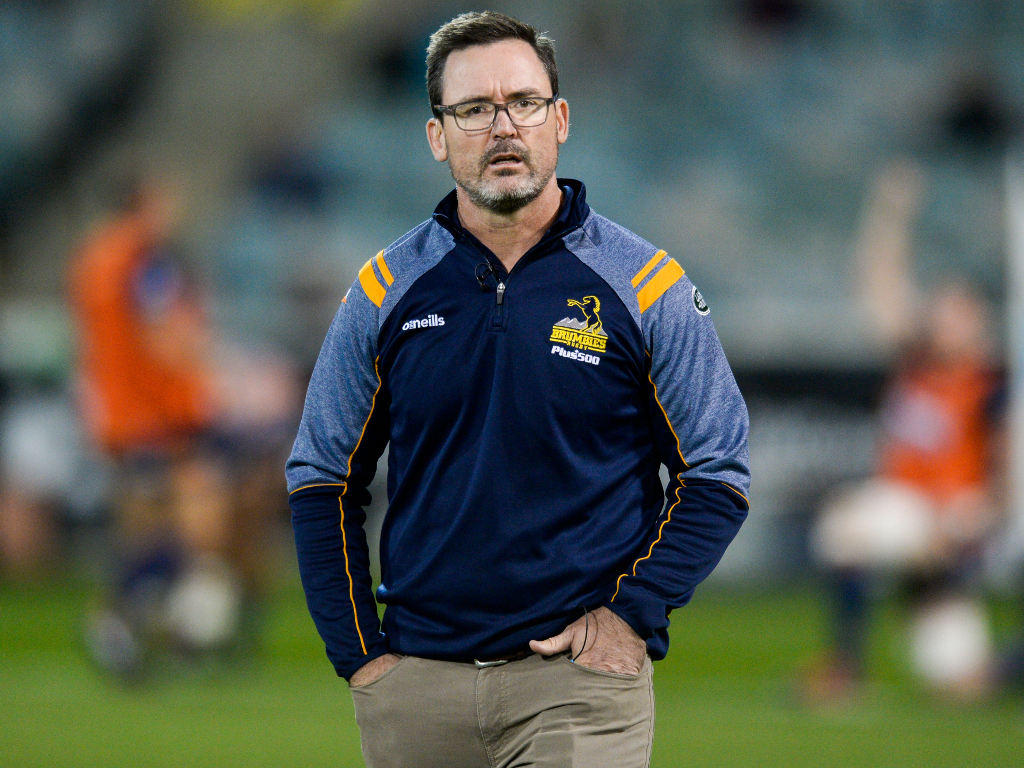 Mack Hansen has been named at full-back for his first Brumbies start by coach Dan McKellar for Saturday’s clash with the Rebels in Canberra.

Hansen made his Super Rugby debut last year against the Waratahs and will wear the 15 jersey in the side’s first Super Rugby AU matchday 23.

Skipper Allan Alaalatoa will join Folau Fainga’a and James Slipper in an all-Wallabies front-row with Darcy Swain and Murray Douglas making up the tight five.

Vice-captain Tom Cusack has been recalled at openside flanker and will be joined by Rob Valetini and Pete Samu in the back-row.

Joe Powell and Noah Lolesio will get a chance to reignite their combination in the halves, as will Irae Simone and Tevita Kuridrani in the midfield.

The electric Tom Wright and ever-reliable Andy Muirhead have been named on the wings with Hansen completing the back three.

🐴🙌🏽 The local boy gets his first crack in a starting jersey! #BRUvREB pic.twitter.com/XoMu35Pd65

After starting the Brumbies last three games pre-shutdown, Connal McInerney will be the replacement hooker alongside Scott Sio and Tom Ross as the front-row reinforcements.

Lachlan McCaffrey and Will Miller are the other forward replacements, while livewire scrum-half Issak Fines is in line for his Super Rugby debut off the pine.

Bayley Kuenzle and Len Ikitau will cover the other backline positions and round out the matchday 23.

Brumbies coach McKellar said: “We couldn’t be happier to see Mack earn his first start for the team.

“He’s a local product who’s come through our system and he’s been outstanding at training, not just since we’ve returned to HQ, but all season.

“It’s also a really exciting opportunity for Issak to be making his debut on Saturday night. He’s been part of our program on a couple of occasions, he’s always impressive at training and he’s chomping at the bit to get out there and make an impact.

“The team is really excited to get back out on the field on Saturday night and it’s going to be great to have professional rugby back in Australia.”