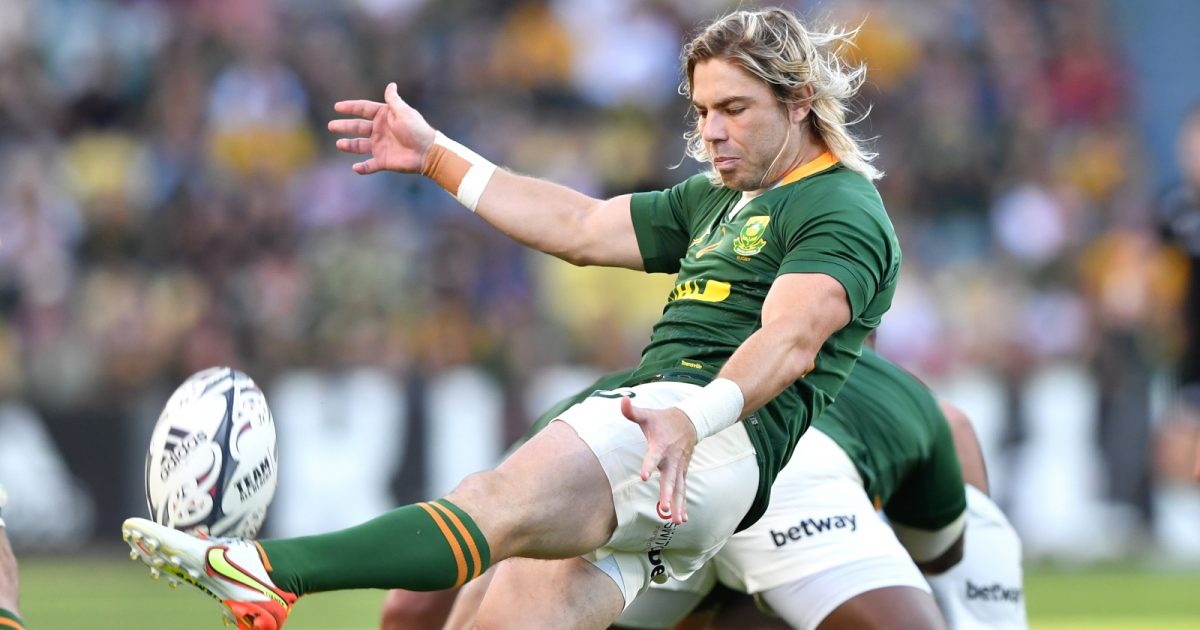 Wales know that they will have to combat the threat posed by talented Springbok scrum-half Faf de Klerk, according to Kieran Hardy.

The Scarlets nine is likely to start opposite the South African World Cup winner when the two countries go head-to-head in a three-Test series next month.

De Klerk has played a key role for the Boks since regaining his place in the side in 2018, with his game maturing over the years.

The 30-year-old has added pinpoint box-kicking to his running and passing game to become an all-round threat for Jacques Nienaber’s men.

“He runs the game for South Africa and we’ll have to be aware of him and his kicking game,” Hardy said.

“The way he dictates the game is a different challenge, but I think Faf de Klerk is one of the best nines in the world and it would be great to play against him. It’s a really big opportunity.

“The quality of nines is high but, if you spoke to any one of us, we’d all back ourselves to play. It’s difficult in that regard but obviously with the World Cup coming around, someone needs to nail down the shirt.

“I’m doing everything in my ability to take that shirt and make sure I can carry it through until then. There’s a lot of work to be done in the meantime, but hopefully a couple of good performances in South Africa, if I get the opportunity, wouldn’t do me any harm.”

South Africa are heavy favourites for July’s series and Wales‘ experienced players will need to perform at their best if they are to challenge the defending World Cup champions, but Hardy insists that the youngsters also have to step up.

“We’re going to need the younger boys to really step up out there. We’re under no illusions that it’s going to be a very difficult task, particularly with the altitude and being away from home,” he said.

“But we’re ready for everything. We’ve had a good couple of weeks of preparation and we’re going out there to try and win a Test series.”