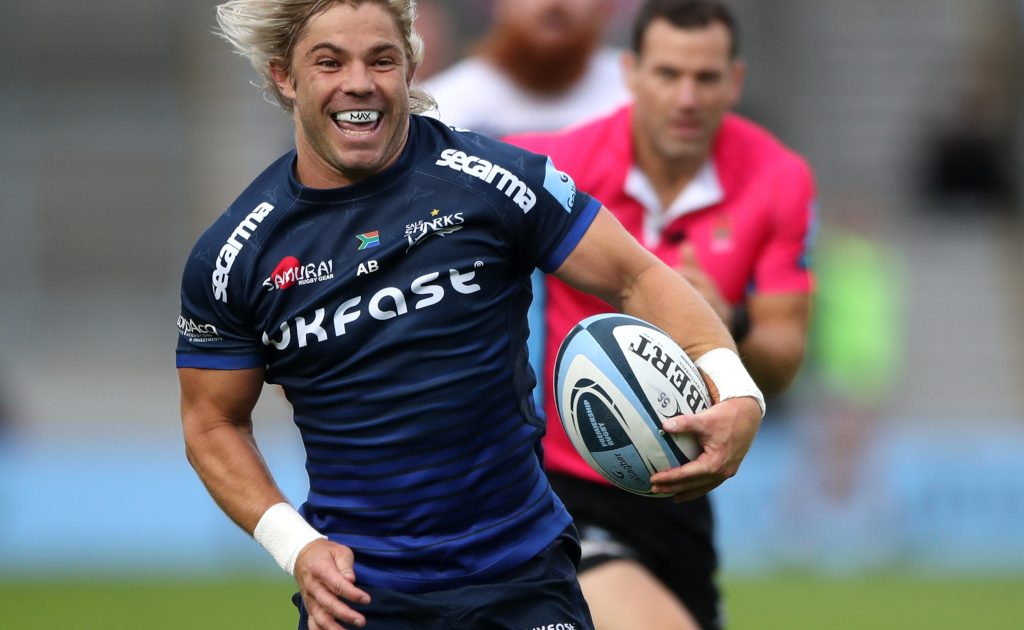 There are two matches on the Premiership schedule for Friday with Leicester Tigers and Sale Sharks hosting London Irish and Newcastle Falcons respectively.

Steve Borthwick has named the Leicester Tigers matchday squad to play against London Irish on Friday at Welford Road.

Freddie Steward returns to the starting line-up at full-back and joins Kobus van Wyk and Guy Porter in the Leicester back three.

Matías Moroni is at outside centre and is joined by Scotland international Matt Scott in the Leicester midfield, with Zack Henry and Richard Wigglesworth included as the half-backs.

Tom Youngs will lead the side from hooker and is joined by Luan de Bruin and Dan Cole in the Tigers front-row.

Calum Green, who came off the bench in last weekend’s game at Bristol, starts in the second-row alongside Tomás Lavanini.

Tigers academy graduates Harry Wells and Tommy Reffell, who started last Saturday, are joined by Cyle Brink in the back-row.

Charlie Clare, Nephi Leatigaga, Joe Heyes, Ollie Chessum and Luke Wallace are named among the replacements, with Jack van Poortvliet, Johnny McPhillips and Kini Murimurivalu included as the backs on the Tigers bench.

For London Irish, Will Goodrick-Clarke, Agustin Creevy and Lovejoy Chawatama combine in the front-row, with Steve Mafi and Rob Simmons in the second-row.

Matt Rogerson captains from blindside flanker and Blair Cowan is at openside flanker. Albert Tuisue returns to the starting XV at number eight to complete the pack.

Nick Phipps and Paddy Jackson continue their partnership in the halfbacks, and Terrence Hepetema links up with Curtis Rona to form the centre duo.

London Irish academy graduates make up the back three once again, with Ollie Hassell-Collins, Ben Loader and Tom Parton all set to start.

Form: Leicester Tigers’ last four matches in Premiership Rugby have all gone with home field advantage. Tigers’ two home defeats so far this season have both been in Premiership Rugby at the hands of Exeter and Sale. London Irish have lost just once in any competition since early December (excluding declared defeats): 3-26 at Exeter in Round Nine of Premiership Rugby. The Exiles won their most recent away game 16-10 at Wasps last weekend and have not won successive matches on their travels for 12 months. The last four matches between the two clubs have all been won by the home side on the day whilst London Irish’s only victory at Welford Road since 2003 was in September 2014.

The lads are out in the middle of the @MattioliWoods Welford Road pitch for this week's Team Run! pic.twitter.com/jObYHhRFbu

Sale sit fourth in the Premiership ahead of the visit of their northern counterparts Newcastle Falcons.

In the forwards, Bevan Rodd and Curtis Langdon continue to impress the Sharks coaching staff and are named in the starting line-up again following try-scoring appearances against the Chiefs in Round 11.

The Sale academy graduates line up alongside WillGriff John to face the Falcons front-row, with Josh Beaumont and Lood de Jager starting at second-row in an unchanged front five.

Cobus Wiese moves into the starting line-up at blindside flanker, with the South African making his first appearance in the back-row since Sale faced Wasps in December 2020. He is joined by Sam Dugdale at openside and Daniel du Preez at number eight.

Faf de Klerk captains the Sharks in the absence of Jono Ross and the World Cup-winning scrum-half will assist AJ MacGinty in igniting an unchanged Sale backline.

Sam Hill and Sam James are at inside and outside centre respectively along with Marland Yarde, Byron McGuigan and Luke James in the back three.

Akker van der Merwe returns to action as he is named as a front-row replacement alongside Ross Harrison and Coenie Oosthuizen.

Meanwhile, Mateo Carreras makes his first start for Newcastle Falcons on Friday when they travel to Sale Sharks in Premiership action.

The Argentina 7s wing made his club debut from the bench during Saturday’s victory over Harlequins and takes the place of Adam Radwan, who departed through injury during the 25-22 triumph.

John Hardie and Rob Farrar replace injured back-row pair Sean Robinson and Philip van der Walt in the only other two personnel changes – Newcastle looking to do the double over Sale after defeating their northern rivals with a last-minute try in round two.

Callum Chick captains the side having scored in his comeback game from a knee injury last weekend, director of rugby Dean Richards expecting a bruising battle against a Sharks side who sit fourth in the table.