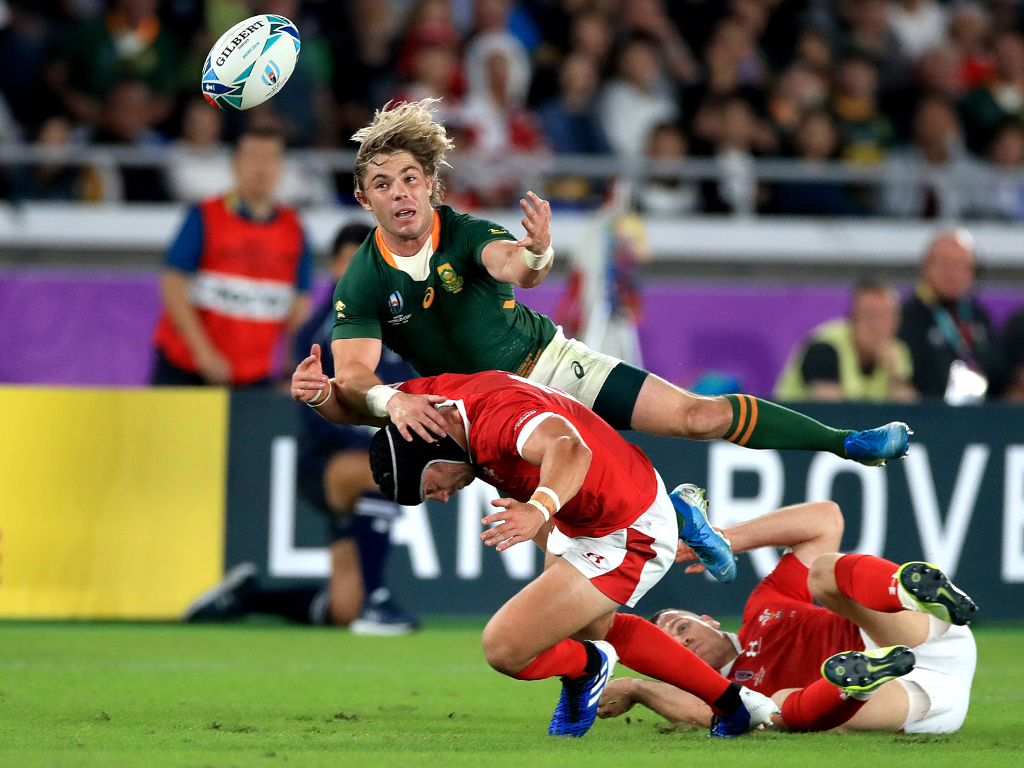 De Klerk notably won the most recent of his 30 caps in the 2019 World Cup final when South Africa defeated England to claim their third Webb Ellis trophy.

As a result of the coronavirus pandemic, South Africa have yet to play an international rugby fixture since.

The Springboks pulled out of the rescheduled Rugby Championship, and the extended absence has reminded De Klerk of what he is missing.

“We as players, we’re still in (chat) groups together, and we really want to play together and see each other again and have that same feeling that we had post-World Cup of that family environment,” De Klerk told World Rugby.

Although De Klerk yearns for the opportunity to don the Springbok jersey once more, he accepts that tackling current events is a priority.

“There’s also that understanding that we need to accept what’s going on in the world and not be selfish and say ‘I want to play’ because there are bigger things to consider,” he said.

In normal circumstances the Sale Sharks scrum-half would be trying to put himself in the shop window ahead of the British & Irish Lions tour of South Africa, but given the coronavirus pandemic that appears uncertain.

Despite the circumstances, De Klerk praised the South Africa Rugby Union for their communication.

“They are in constant chats with the players to keep us in the loop and give us some pointers on our play and to ask how we are doing. But it is so difficult because, literally within a week, everything changes,” he said.

Lions bosses are reportedly considering moving the Tests to a later date, something which De Klerk admits he is aware of.

“I don’t know what it is going to look like, it might be a case of where we rock up and we have a few weeks together and we need to play,” the scrum-half said.

“We are aware of that possibility and we, as players, will have to prepare as well as we can and be mentally and physically ready for the challenge.”

The South African spoke about preparing correctly and praised the meticulous approach of the new Springboks head coach Jacques Nienaber.

Nienaber replaced former Munster boss Rassie Erasmus after the World Cup final, but has yet to take his first match in charge.

“I think he is buzzing to go. Knowing Jacques, he has prepared every single thing you can think of. He’s rugby mad and the work he does behind the scenes is massive,” De Klerk said.