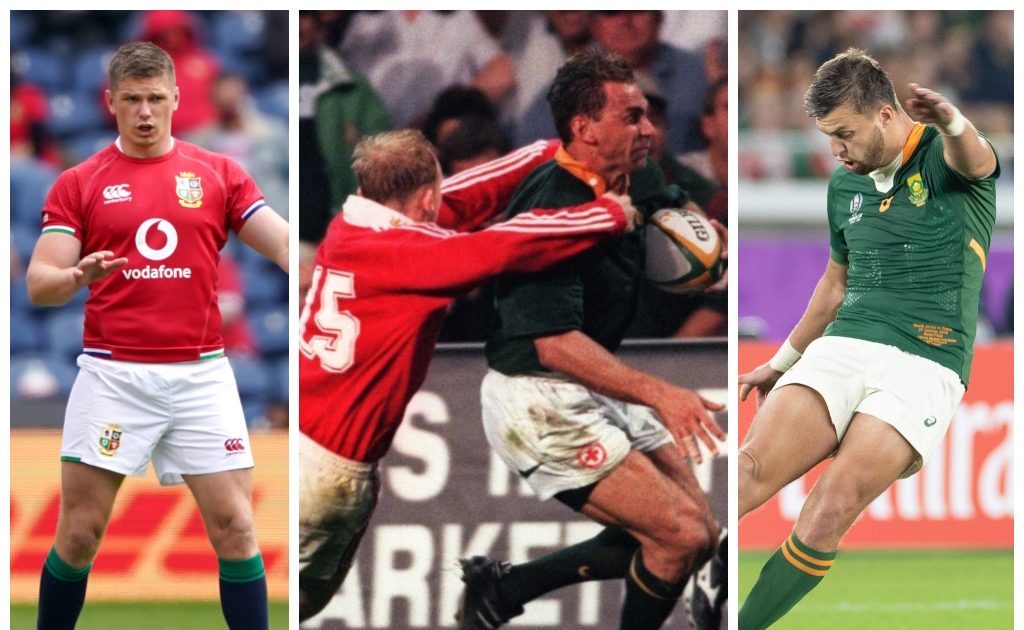 With the opening fixture of the British and Irish Lions 2021 tour of South Africa closing in, the great Springbok full-back André Joubert joins Planet Rugby to discuss his hopes for a thrilling series and to examine some of the big issues of playing in a country where the sport is close to a religion.

In his 34 Springbok Tests, Joubert delighted crowds around the world with his pace and silky running skills. Dubbed ‘The Rolls-Royce of full-backs’, he was a pivotal contributor to South Africa’s Rugby World Cup win in 1995 and one of the outstanding players in the 1997 Lions series, despite the result not falling in his favour.

Joubert considers himself fortunate to have had the opportunity to have competed in both of those ‘marquee’ events and is eagerly anticipating the 2021 series.

“You have to be fortunate to play the British and Irish Lions in terms of your career timing!” he joked.

“It’s a once every 12 year occasion and I was just coming to the end of my professional time when I got the opportunity during a period where the Springboks were in a period of transition post the World Cup win, with new leadership and so on, a similar situation to the current team. Nevertheless, you know you simply, as a proud South African, HAVE to beat the Lions and the whole country has the highest expectation for you.

“Looking back, we always looked to dictate, knowing that you have to ‘play your plan’ when you are playing at home, and that’s exactly what we did. The margins were ridiculously fine in the Tests and in truth the difference between the two sides was Neil Jenkins and his pinpoint goal-kicking. We were poor in this area, me included, in Cape Town, missing some crucial kicks which would have made the difference. this will be exactly the same in 2021 – very tight in terms of scores, very difficult to find space on the pitch and a real war of attrition and physicality on the gain line to earn the right to go wide or to score tries.”

“Look, whilst South Africa haven’t played for two years, we are well aware of the sort of game the Boks will employ. We saw it versus England in the World Cup final – power and physicality are at the centre of our rugby culture and, perhaps in that game, Eddie Jones and his men focused too hard on trying to match us in our differentiator early on in the game and really played into the hands of Rassie Erasmus’ game plan,” he said.

“I don’t think Warren Gatland will fall into the same trap. From looking at the team selected, I feel they’re coming to move the ball earlier and to play with pace and width, which is great to see. I enjoy rugby when you have a battle of two contrasting styles and the players that Warren has picked are certainly able to play that fast, expansive game.

“In Edinburgh against Japan, I thought the Lions had a great first 40 minutes, total control, some real accuracy in their attacking lines, with the centres excelling, but maybe dropped off a little afterwards. I can understand that – after losing two key players, I am absolutely sure the message was ‘get through the game unscathed’ and I acknowledge that the loss of Alun Wyn Jones was pretty devastating for those guys.

“Alun Wyn is a great man of rugby and his leadership will be hugely missed but that’s the way it goes in our sport – I wouldn’t be surprised if, as rumoured, he returns after his shoulder settles in some form of non-playing capacity as his personality is truly in the DNA of these Lions players.”

He added: “One thing the Lions will be concerned about is the freedom they gave Kotaro Matsushima during the later stages of the game – the defensive system is just starting to come together and they’ll be looking closely at the spaces he opened up especially considering that he’s a very similar player to Cheslin Kolbe, but these are just little teething issues that you expect when a group comes together for the first time.”

“Going back to my comments about the Lions wanting to play a pacy and wide game, what does excite me is the players they’ve picked to deliver that. As a fellow full-back I am a huge fan of Stuart Hogg – he’s truly an X-Factor player and I feel he’ll relish the hard fast grounds over here.”

Joubert continued: “I also believe Dan Biggar and Owen Farrell are going to form a key axis at 10 and 12. Dan is in the form of his life – his differentiator is the variety in his game but notably, the speed in which he makes the decisions. Farrell is at his best in the 12 role – that’s where his deep passing behind the first wave comes into its own and he’s pinpoint in distribution when he has that space in the second receiver role. And then you have crazy Finn Russell – a man of creative vision that can pull off freakish moves, to the point that I honestly believe that he’s thinking two steps ahead of the rest of the team. He’s the perfect man to mix it up as part of the 23 and I feel that all of the selected outside half options will work together in the Tests.”

He added: “South Africa, on the other hand, will still be a couple of steps behind the Lions in terms of their preparation. We are still short of Europe in terms of how we have dealt with our Covid situation and we haven’t played at the levels, both domestically and internationally, that we’d have liked to. I feel that as a result, we’ll see an emphasis on using some of the players that are overseas, who are sharp and in form, to use their experience of the Lions in those domestic competitions, but also because they come in match fit.

“As an example, we need to get some of our match-winners up to speed quickly. I am aware Handré Pollard has played probably two games of rugby since his injury lay-off, but his precision and control at 10 are absolutely critical to our plans. He is a world-class performer, almost irreplaceable, and we need to get him to full health as quickly as we can.

“At the time of writing, there’s still a lot of potential change to the tour schedule. With Covid lockdown at level four here, there’s a strong possibility that the Tests may be switched en bloc to Cape Town, something I believe will suit the Lions. Playing on the Highveld is a different ball game to sea level, and the fact that both Johannesburg and Pretoria have much better win rates for the Boks than Cape Town (or Durban) underlines that we have an advantage when we play up in the high grounds.

“Nevertheless, it is what it is and we should be thankful that, after all the issues we’ve faced, we have a series to look forward to between two great sides and I, for one, cannot wait to see what unfolds.”

We thank André for his time and he will return to Expert Witness to preview one of the tests later on this month.