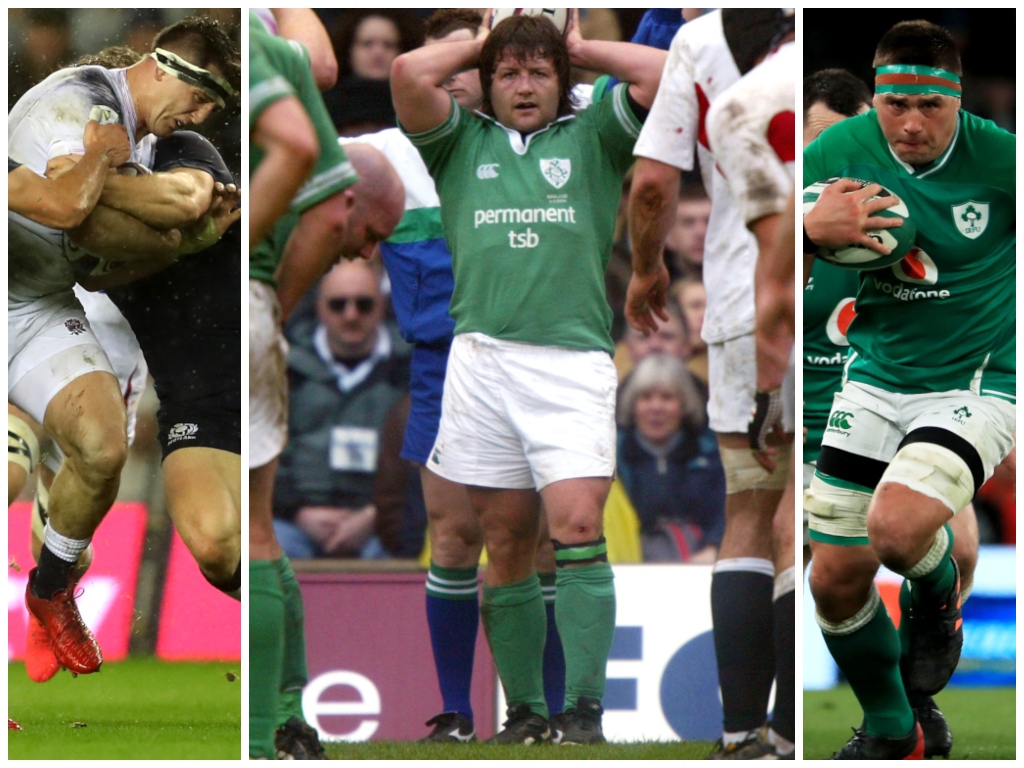 With Round Three of the Six Nations upon us, we welcome back one of our regular Expert Witnesses to Planet Rugby, former Lions, Ireland and Leinster hooker, Shane Byrne, to preview two versions of England v Ireland, one in old money, one in new.

This weekend promises to be a thrilling rugby feast for English or Irish fans. Whilst the big boys take each other on at Twickenham in the Six Nations on Sunday, the elder statesmen of the game will be playing for charity, most notably in support of former British and Irish Lion prop Tom Smith, as England Legends meet Ireland Legends at the Stoop on Saturday.

“You can’t play a Legends fixture in a half-arsed manner!” quipped Byrne.

“Seriously, you spend all year grazing gracefully through retirement to suddenly realise the match is a fortnight away and then all hell is let loose in the household as emergency fitness regimes are employed, usually without any benefit whatsoever!

“I always excuse myself that you English don’t embrace retirement well enough!

“You only have to look at the likes of Mike Tindall, Lewis Moody, Martin Corry and Nick Easter – they’re in tip-top shape and some would say look fitter than when they played. Us Irish lads, well we like to put our feet up with a pint of the black stuff and rest our weary limbs. Those English boys are far too serious – that’s my excuse and I’m sticking to it!

“You also get these guys who seem to retain athletic ability longer than others and therefore shine in these games. Dan Scarborough is one to watch; he maybe was unlucky in terms of caps, but as he reaches his autumnal years, his natural pace fitness has stayed with him and at 42 he could still be playing at a pretty serious level if he so chose.

“Naturally, we take it deadly seriously and the competitive juices flow once you put on the shirt. The teams are selected from a wide demographic of retired, very retired and absolutely ancient, all with differing skill, fitness and injury levels, but the whole show is there to raise money, this time for my old pal Tom Smith, so you can be sure it’s not taken that ‘seriously’! Although losing to England is still a terrible thought.

“People often ask if we go ‘full on’ during the game; the answer is you have to in order to avoid injury but the difference is there’s no anger, just loads of smiles. Except Paul Volley, who still charges around the pitch like a madman, just in case Eddie Jones loses a seven on the eve of the game and he can catch the selectors’ eye.

“This year will be a cracker; it sees Mick Galwey making his debut in the front-row; some would say that should have happened many years ago, but I want to make it crystal clear that I’m not one of those.

“He’ll be chuffed that the scrums are uncontested as he’ll be up against Jason Leonard. I must remember to explain to Big Jase precisely the meaning of ‘uncontested’ as last time I looked it wasn’t in his vocabulary and he appeared to take it as meaning that people weren’t allowed to contest his power, so no change there,” smiled the former Lions hooker.

“All in all, it’ll be a crackerjack of a game, one I urge people to come and support and enjoy. All the lads are very accessible and you can be sure that our warm down may be a little more liquid than some of the modern teams allow.”

“Moving on to the big one, England v Ireland on Sunday, and I see this as a particularly fascinating fixture. It’s amazing the difference a few weeks makes and we are at the interesting point that Ireland approach this game on an upward curve, with form in their favour, whilst England’s last three tests have seen a lot of criticism, some self-inflicted, coming their way.

“Andy Farrell’s promotion to head coach hasn’t, despite original concerns, seen him revert to defence. Far from it.

“He’s actually freed the guys up in the way they want to play rugby, creating a happy and stable environment for the players to make decisions on the field. You can see a degree of rejuvenation in players like Bundee Aki, and Farrell has had the courage to throw the young back three into the mix and chosen to allow them to express themselves,” noted Byrne.

“England look in a strange place. Confused by their own selection and structure, the pack looks a shadow of its former self, depowered and not what you’d expect, despite the enforced absences of a number of big players.

“They seem to be a side that relies upon hitting the first moments of the game running; if they fail to get on that front foot early then they seem to panic, lacking leadership and on-field decision-making to do the right things. This is compounded by the poor form of Owen Farrell, who seems not to be sure where he’s playing or what his role is. Clarity is all for international players and I am unconvinced that Owen has the clarity of focus his natural temperament craves.

“England’s biggest plus is that this is their first home game in almost a year. They’ll arrive back and feel familiar, touchpoints of normality everywhere they look and that might just work in their favour.

“What is not helping them is the ammunition that’s being fired through the press by their head coach. James Horwill commented on Expert Witness last week about these being pre-planned and very considered comments, aimed to alleviate pressure on his players. That’s all well and good when the soundbites have some merit, but frankly most of the time he’s spouting venomous soundbites that will only serve to motivate the opposition against him. He’s picking the wrong battles to fight and effectively handing the opposition and the press a loaded revolver with which to shoot his own side.”

“I hate to bring the thorny issue of the back-row into play here, but this is a game that’ll be won and lost in the tightest of margins, so I believe that breakdown battle will define the result.

“I am going to say this loud and clear; Tom Curry is a thoroughbred openside but he’s not an international eight in a month of Sundays. By playing him there, you also lose one of the best flankers in the world and it’s utterly unthinkable that the claims of other fine eights in the Premiership are being ignored so Eddie can indulge in his experiment. The players that could play to test standard across all three positions are very few and far between; David Wallace, Dan Lydiate, Richard Hill, John Barclay could all do it, but equally all of them were better off in their preferred positions on the flank.

Don’t know if Tom Curry’s a number eight. Absolutely certain he is an excellent rugby player.

“Jones is causing more issues than he’s solving by persisting with this plan, especially when his scrum-half, the man most closely linked to the eight, is having a poor run (whichever nine he picks). This is compounding the control errors at the base and I believe, had England not been faced with conditions at Murrayfield that favored an openside-style flank, he’d have canned this folly by now.

“Ireland, in contrast, will have proper balance in their loose trio. I would have preferred to see Caelan Doris start with CJ Stander at six and Josh van der Flier on the openside. This is no slight on my old pal Peter O’Mahony, more so that Test sides need leadership coming onto the pitch at the ‘finisher’ mark, and O’Mahony will bring that in heaps; he is just the man to have when close margins are likely to dominate and you need to secure turnovers.”

“This will be the battle that defines the game, with England’s trio of sevens versus Ireland’s more traditional selection. I really think this might be quite a high-scoring game, judging by the pace in each teams’ back three, and I suspect that it’ll be decided in the first 10 minutes. If England come out of the traps they’ll take the game, but if Ireland frustrate for that first quarter I can see them winning narrowly by four or five with a scoreline of 27-22 in their favour.”

We thank Shane for his time.

Shane Byrne played 41 times for Ireland with four tests for the British and Irish Lions. A great technical hooker and world-class line out operator, he represented Saracens and Leinster at club level. On Friday 21st of Feb he leads Ireland Legends in their annual fixture versus the English legends at the Stoop. Proceeds to Tom Smith Testimonial committee, RPA’s Restart & RFU’s IPF.