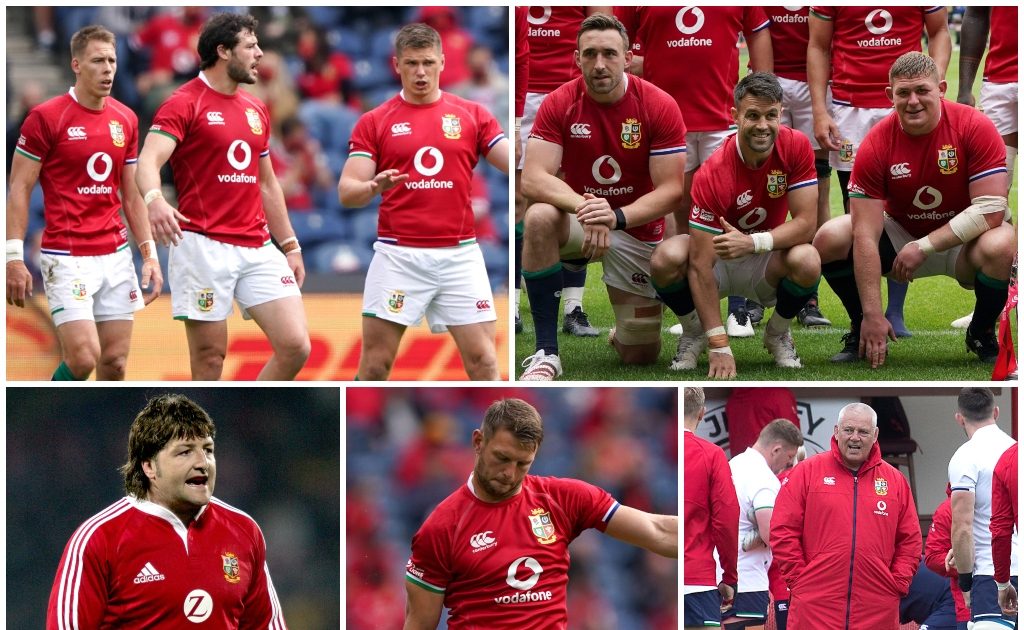 As the 2021 British and Irish Lions team stumbles from crisis to crisis off-field, their daring play and pacy style of rugby has thrilled all that has seen it.

With a fortnight before the first Test match, Shane Byrne spoke to Expert Witness to discuss what the likely team will look like.

With games cancelled hither and thither and schedules being changed on a daily basis, Byrne believes that whilst the tour might be ill-advised, the adversity the 2021 British and Irish Lions are experiencing might just be the cement that stiffens the team structure.

“Look, why didn’t they just postpone it?” he asked.

“We are where we are now, but I can absolutely assure you if the Lions knew just how tough this was going to be in terms of putting on a quality schedule, they may well have looked to postpone to 2022. A Lions tour is second only to a World Cup in terms of importance to the rugby calendar and as such, it demands the right to be played properly.

“Notwithstanding that, there’s no doubt that adversity is bringing this group together and despite the weak opposition we’ve seen, on field the Lions have been cohesive, clever and very accurate. They’re a team that seem totally together and playing for the shirt and each other.”

Byrne added: “Nobody expected Conor Murray to be leading the side, but quietly and gently, he’s dome a great job; he’s a very popular person and his gentle laid back nature means when he does talk, people listen. No-one expected him to land the job, but the feedback on how he’s looking after the lads is fantastic, despite him not having much game time.”

“Looking at the games we’ve seen so far, we’ve now watched all the members of the squad enough to understand a Test pecking order,” he said.

“For me, it all starts with the front-rows and I think the Test starting props are pretty obvious – Rory Sutherland is by far the best loosehead on the tour and combines real shape and power at scrum-time with aggression at breakdown and defence. Both Mako Vunipola and Wyn Jones have struggled in the tight despite decent performances around the pitch and I expect Rory to be joined on the tighthead with the one and only Tadhg Furlong, again a world class prop and someone that looks to be really enjoying his rugby.

“At hooker, Luke Cowan-Dickie has the abrasion and power that will worry the Springboks. He’s playing like a man possessed and is the best all-rounder of the guys available.

“In the engine room, Maro Itoje’s selection goes without saying. He’s been back to his best on this trip, a legal nuisance and his work attacking the opposition lineout has been exceptional. Now, Maro prefers to scrummage on the loosehead side, and out of the other locks available, only Adam Beard and Jonny Hill are real tighthead locks as their primary choice. However, Iain Henderson has been brilliant as a leader and his play is as spiky and abrasive as ever, and whilst he prefers the loosehead side, I’m going with him on the right hand side alongside Maro.

“The back-row starts with the perpetual motion of Hamish Watson at seven. The man defies the laws of physics and hits harder than men twice his size. His lowness to the ground also gives him a carrying and jackaling advantage against the big Springboks and he’s pretty much a shoo-in for me.

“At blindside, I want to see a big carrier than offers flexibility to play lock in order that I can have some real gas on the bench, and that, to me, is one of Courtney Lawes or Tadhg Beirne. I’ll go with the latter as he’s a marginally better carrier than Lawes and also a better ruck stealer. At eight, it’s a tough selection. Do you want the craftsmanship of Taulupe Faletau, the power of Jack Conan or the explosion of Sam Simmonds? It’s a 23-man game these days and I want Sam on my bench, and right now, I feel Conan is in better form that Taulupe, so I’ll go with my fellow Leinsterman to complete a well balanced unit that offers two superb lineout options.”

“At full-back, Stuart Hogg simply has to play. South African conditions suit him well and he’s been compelling when he’s played. On the wings, Josh Adams – well what can I say? Eight tries in three games is spectacular. What’s best is that they’re not passive finishes; he’s going looking for work, his energy rate when not in possession is outstanding and he’s an absolute certainty, it goes without saying,” Byrne said.

“On the other wing, it’s not quite as clear cut. Anthony Watson and Liam Williams haven’t had the opportunities that Duhan van der Merwe and Louis Rees-Zammit have had, yet both remain exceptional Test back three players. Now, South Africa is a hard place to play in terms of the aerial battle; firstly, there’s the fielding of the high balls in defence, then there’s attacking the dropouts and cross field catches etc. Rees-Zammit has real gas and I want to see him featuring, but I don’t feel his aerial work is quite yet up to the standard of the others, so he goes onto my bench as a finisher and I will go for the all-round skills and competitiveness of Liam Williams to partner Adams.

“In the centres, you have to make one big decision – a playmaking 12 or a crashball 12? I feel Owen Farrell has been absolutely outstanding on tour so far, offering leadership both mentally and physically, but crucially, at 12, he varies the point of attack. I feel the Boks will lap up a crashing 12 and there’s a need to have that variety that Owen brings, fusing his deep passes at second receiver with some lovely kicking. It also allows the Lions to play almost a left and right fly-half – and by that I mean the ability to split the midfield at set-piece and at phase ball, so the Lions can attack either side of the field swiftly from possession.

“Alongside Owen, Robbie Henshaw is the form centre of the northern hemisphere and he must play, with Chris Harris offering a very similar option in back-up if anything happens to Robbie. Henshaw is big, hard but skilful and he also defends that crucial 13/14 channel with some serious skill.

“At half-back, I must commend the pace and vision Ali Price has brought to the games so far, but Conor Murray is the tour captain and the epitome of a big match player. He has the complete skillset, has won against all the big nations and right now, he starts, with Price supporting him. My 10 is Dan Biggar. What is really noticeable about his form this year is the speed of his decisioning; once he commits to a play, he delivers it with huge conviction and speed of thought. His execution level right now is superb and whilst I believe Finn Russell will feature some way down the line, right now, Bigs is the man in possession.”

He concluded: “In picking my team, I’ve tried to look at every variable, blending defence with attacking intent and Test experience. I feel the bench will be huge and with Beirne and Farrell able to play to Test standard in two positions, I have gone for a very creative bench. With the Cell C Sharks up again, I’m sure the players like Gareth Davies, Anthony Watson and Ken Owens, who’ve played less rugby, will want to change my viewpoint, but right now, that’s my Test side and one I’d be immensely confident would do the job needed.”