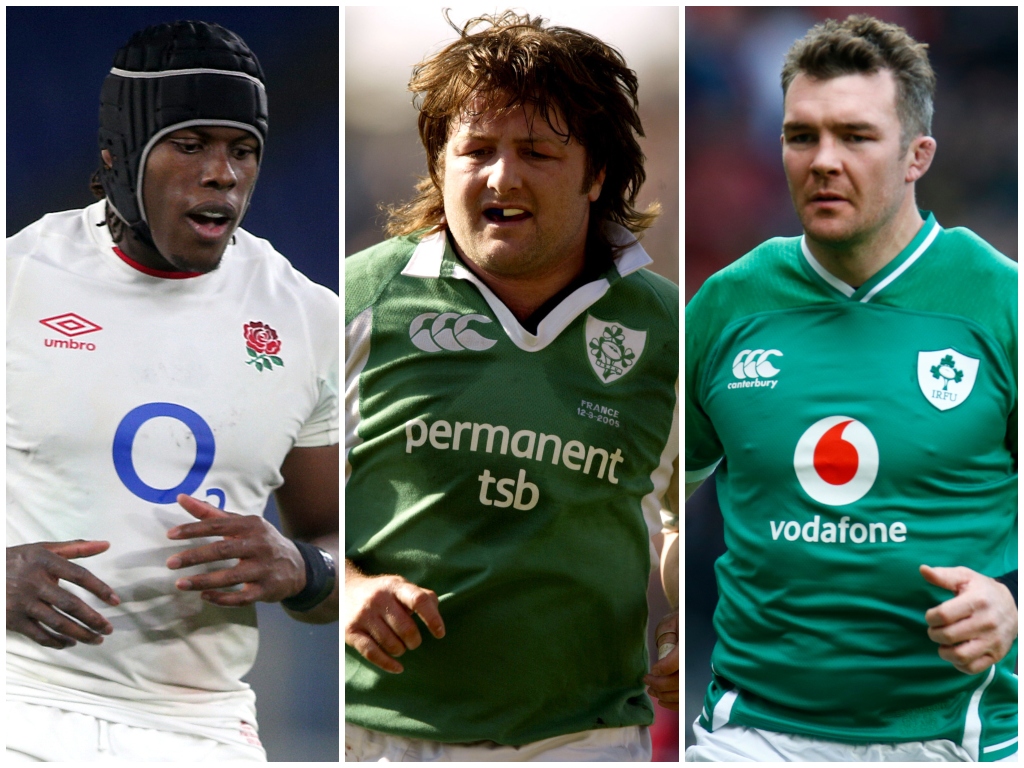 With England hosting Ireland in what should prove to be a pivotal weekend to measure the fortunes of both sides, former Ireland and Leinster hooker Shane Byrne returns to Expert Witness to discuss Irish selection and English spreadsheets.

As Ireland start to embrace life under Andy Farrell, they travel to Twickenham this Saturday with a side that shows 10 changes from the starting line-up that visited Twickenham in March. Some are enforced through injury, others are selectorial choices, but Byrne welcomes Farrell’s willingness to blood new talent.

“Taking injuries into account, the selection we see for the England game is a strong one,” he explained.

“What we are seeing here is Farrell’s ability to select horses for courses and pick a team with a clear game plan. The last few times Ireland have played England we’ve been simply beaten up on the gainline and we’ve come off very much second best in that physical battle.

“England play a lot of rugby out of their red zone, statistically more so than any other side in the world. A little statoid floating around is that in their last four matches, the opposition have spent a combined total of nine minutes in their own 22; this rightly alludes to their power in defence but also underlines the accuracy of their exit strategies. To win is to match them in collision, to play in their half but also to take every opportunity to own the scoreboard and keep the points on.

“Peter O’Mahony at openside is a selection that really underlines the clarity of Farrell’s thinking. Yes, we have better options in Josh van der Flier and Will Connors to get around the park as traditional sevens, but with England’s propensity to hit the gainline with wave after wave, no-one is faster over the ball or quicker to steal in jackal than Peter,” noted Byrne.

“England’s scrum solidity is evident, but at lineout time O’Mahony is a master of standing short at the front and stealing two or four ball and will also make up for perceived shortcomings in the Irish lineout elsewhere. Couple this with the fact James Ryan has been named as skipper, then you’ll see Andy is trying to attack two of England’s natural strengths but also putting in place alongside Ryan a guy to assist him that’s skippered at the very highest level.

“As I alluded above, Quinn Roux isn’t the most formidable presence when it comes to the lineout, but as a scrummaging and carrying unit, he’s pretty much the most powerful player available to us in Irish rugby. He’s been picked as an enforcer – it’s no coincidence that since he was recalled, Andrew Porter has gone from strength to strength as a scrummaging tighthead and that’s partly down to Quinn’s immense power on the tighthead side of the second-row,” confirmed the former Ireland hooker.

“Elsewhere, I do like the balance that playing CJ Stander at six alongside Caelan Doris provides and I expect to see relentless carrying and clearing from both of these big units.

“Outside of the pack, Ross Byrne is a steady, classical fly-half who plays to plan and who’ll add control at ten, whilst Jamison Gibson-Park offers a slightly different challenge to the footballing skill of Conor Murray and will keep the English back-row honest all day. Factor in the pace and workrate of James Lowe, a man who’ll go searching for work all afternoon and you’ll see why I am optimistic for a better performance this weekend.

“Above all, Farrell is making decisions pro-actively, not waiting for players to completely drop off, but introducing new blood to ensure competition is healthy and that the old guard, like Conor (who will be back, mark my words!) are challenged to get back into form. Fringe players can see they’ll get a chance if they’re firing and that’s exactly what you need to create a winning rugby environment,” concluded Byrne.

🗣️ "England saved the best till last by completely dismantling the hosts and setting themselves up nicely for a tilt at the World Cup title."

☘️🏴󠁧󠁢󠁥󠁮󠁧󠁿 Greatest games looks at the '03 clash between Ireland and England. 👇 https://t.co/krnrEqpHd4

“Whilst England have been incredibly efficient and well drilled in their recent wins, they’ve not yet really been tested since lockdown. What we have seen, above all, is depth. If you look at the Irish starting pack this weekend, you can agree that Ireland will be competitive. However, when you look in the relative disparity of the front-row replacements, where England have literally another set of Lions standard props to come on, or the depth they have in the back-row, where they can leave Jack Willis out of the squad entirely, then you’ll see that this is truly two games in one, a match that changes when each side unloads its bench.

“One player that’s impressed me hugely is Bath tighthead Will Stuart. It wouldn’t surprise me if he leapfrogs Kyle Sinckler in time and may even pressure Tadhg Furlong for the Lions starting berth. He’s technically excellent, strong as an ox and gets around the park.

“With Maro Itoje proving last weekend he’s just as effective on the flank – and also, there he adds some incredible power to the scrummage – England are formidable. One notable characteristic of their pack under Matt Proudfoot’s influence is how low and straight the back five are in contact – they’re in a great position to move forward but equally, in a strong position to remain stable if Ireland get the nudge on at the hit,” he explained.

“Their kicking game, said cruelly by some to be “Spreadsheet Rugby”, is relentless in terms of territorial pressure. They kick for grass, the kick chasers are organised and they’ll use a variety of players – Owen Farrell, Ben Youngs, Henry Slade and Elliot Daly, in pods split either side of the scrum to execute those kicks. England kick more than any side in the world, but they’re intelligent about it, often using the grubber or chip in tight corners when they’ve run out of attacking support.

“All in all this is going to be a match for the forward purists amongst us, where set-piece solidity and gainline power will absolutely inform the result. I don’t see either side winning by many, with try scoring at a premium and more than likely coming from turnover or disruption.

“Of course I am going to hedge my bets here a little, but if we compete with Roux and Porter at scrum time, pressure the English lineout via O’Mahony and we match or exceed on the gainline, I believe Ireland could upset the formbook. But they’re big ifs and I feel it’ll be a crackerjack of a confrontational encounter,” concluded Byrne.

Shane Byrne played 41 times for Ireland with four Tests for the British & Irish Lions. A great technical hooker and world-class lineout operator, he represented Saracens and Leinster at club level.