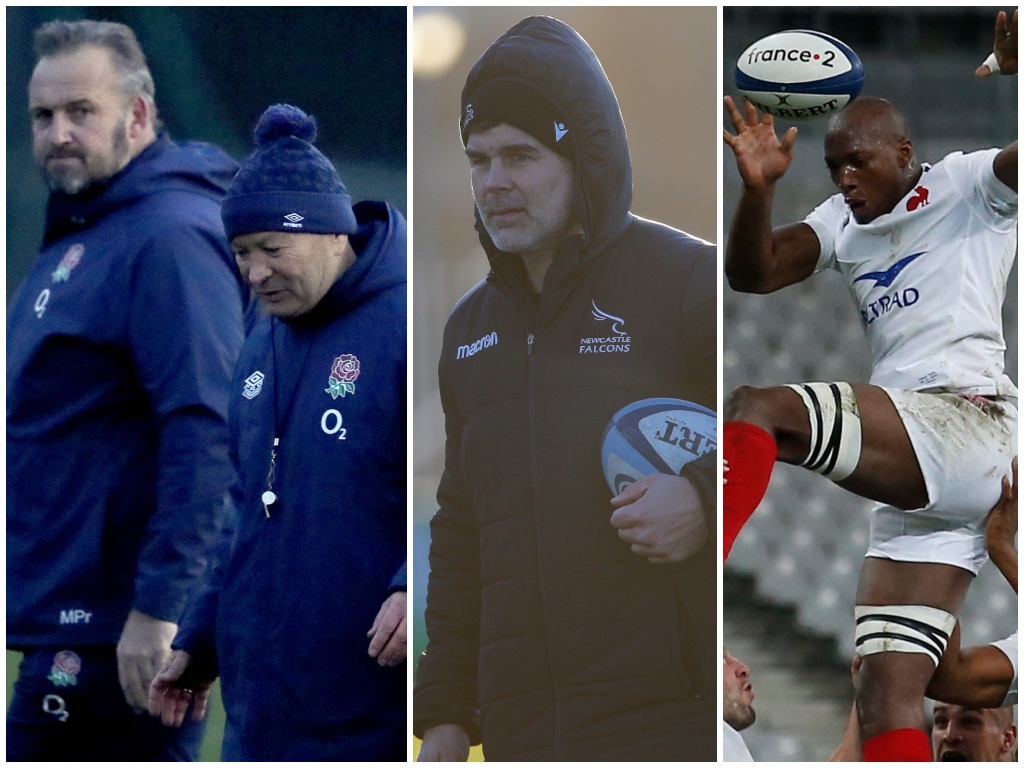 With England set to host France in the final of the Autumn Nations Cup, Nick Easter joins Planet Rugby to preview the weekend’s big fixture.

The biggest talking point as we approach the final is that France will be without a number of their key personnel after head coach Fabien Galthie confirmed he would not be looking to challenge the rule that prevents players from competing in more than three international games during the Autumn period.

The legal agreement with the Top 14 means that Galthie will be without captain Charles Ollivon together with Antoine Dupont, Gregory Alldritt, Gael Fickou, Virimi Vakatawa, Baptiste Serin, Teddy Thomas and many more. In total, 14 players are unavailable, forcing France to pick largely a second team squad to travel to Twickenham.

Nevertheless, Easter, a man who won seven Tests in his 10 appearances against Les Bleus, believes this doesn’t dilute the threat posed to England by their visitors.

“It’s really a win/win situation for France,” he commented.

“Whilst the situation they find themselves in smacks of the self-interest of the clubs and a general lack of empathy between FFR and Top 14 organisers, it does create a lot of opportunity for both the French management and the players themselves.

“Last weekend has allowed them to learn a lot about their squad fringe players, allowing Galthie and co. to have an extended look at the likes of challengers such as Jonathan Danty, Sekou Macalou and Cameron Woki, but also allowing those players to learn to fit into what is becoming a well-defined tactical structure,” Easter said.

The most dangerous match

“Those guys will wake up on Sunday morning with very little fear of failure. They have an opportunity to have a pop at one of the best three sides in the world, hammer and tongs, without much pressure of the expectation of winning.

“This won’t have escaped the attention of French defence coach Shaun Edwards, that I can assure you! He’ll create a physical, pacy and simple game plan, spend a couple of days winding up the French emotional intensity and wham!, France will come at England with a super-powerful onslaught underpinned by no real fear of failure and knowing they’ve a chance as individuals to make a big statement.

“To compound this, England have only one real reference point, last weekend’s game against Italy, to work out what the recipe of players France use will actually create in terms of an on-pitch offering,” mused Easter.

“The emergence of players like Macalou doesn’t surprise me. If I go back four years or so ago, when I was still playing and Harlequins faced Stade Francais in Europe, I recall producing a presentation to the team just on Sekou’s threat alone. We recognised him as a seriously talented and dangerous back-rower, with the ability to turn a game and I believe both he and Cameron Woki will pressure even the excellence of skipper Charles Ollivon and Gregory Alldritt in the back-row. Both of these lads are immensely quick, mobile and physical threats to any defence and England cannot afford to take their presence lightly,” he concluded.

Great to see Sekou Macalou get another chance with the French team, one of the most gifted athletes I have ever worked with!

“As a result of the Top 14 agreement, France have learned a lot about their players, styles and depth. However, the same cannot be said of England, who, in my opinion, are playing a far more conservative style than they were a year ago and seem to have retreated into an identity crisis of their defence and kicking game rather than try and learn anything else,” noted the former England number eight.

“The press is full of vitriol of the state of the game, calling for law changes, greater entertainment and more open rugby, but the faults are not with the laws – they’re the same laws that see New Zealand and Australia throw the ball around Down Under, the same regulations that see Bristol and Wasps entertain in the Premiership with cheek and impudence each week, so we have to look elsewhere to explain what’s driving England’s conservatism.

“I’m going to take a step back here and take a look at Eddie Jones himself. The times I have spent with him it’s clear to me that he gets scarred very deeply by defeat and struggles to put it behind him. The 2003 Rugby World Cup final is still fresh in his mind and his reference to it is always uppermost in his thoughts. He will then reference the South Africa wins in 2007 and 2019, both of which he was involved with and were won with basic simple physicality around a kicking game.

“If you look back to a year ago, England were playing with a lot more ambition, got to a World Cup final and got beaten up by South Africa’s simple game plan. His reaction to that was to head hunt their scrum coach, to resort to a year of gainline focus, to adopt the 6/2 bench split used by Rassie Erasmus and to attempt to steamroller any side his team faces with zero risk, failure averse borefests of kicking games.

“However, he’s also missed the point that the Bok win was also one honed from an emotional intensity that Jones has yet to create within the team he’s coached for five years.

“At no point has he sat down and looked to create a Plan B to vary tactics to beat different types of teams. He’s spent the entire year honing Plan A but at the cost of no progression of attacking ambition whatsoever. With a lovely six months before the Six Nations finale, there was no better opportunity to use this year-end series to embrace the huge amount of running talent at our disposal, but we now see a team based wholly on kick and chase, one that abdicates ball movement by hand and one that’s almost ignoring its own talent and skills levels due to an overwhelming phobia of not losing, rather than actually winning.

“The delicious paradox here is that fear of failure more often than not creates failure itself, as players are unable to react to positive ambitions, which then manifests to a complete freezing of attacking intent when the situation demands, and I really fear that unless things change, there’s little more Eddie’s micro management style can offer in terms of moving this group of players forward,” concluded Easter.

“As we approach Sunday, we walk down a path littered with banana skins for the English team and some of those are driven by their own regression. Make no mistake, the controlling nature we’ve seen so far has put more pressure on this team than was needed. The rugby has been so bland and ‘win focused’ that the only measurement we can apply is result based, not style or progression based.

“I can see France coming out of the traps like madmen, using the double shocks of chaos and unstructure that England will need to respond quickly to. They’re not a side that can be bullied physically, so England will need precision to win, and will need to use every piece of scoring opportunity they have to own the scoreboard,” explained Easter.

“Anything less than perfect execution of their limited game plan will result in disaster. This is a game that France have nothing to lose and England are staking their reputation on.

“Whilst England should win, this is going to be a much sterner test than was needed and I truly hope that the coaching team have focused on a slightly more varied game plan than we’ve seen thus far, otherwise it could be a pretty hard day at the office.”

Nick Easter played 54 times for England and scored 13 tries, including two hat-tricks, one in the his final appearance for England in the 2015 World Cup. A skillful number eight with cricketer’s hands, his offloading and distribution are hallmarks of a rounded game. Nick is now defence coach at Newcastle Falcons.