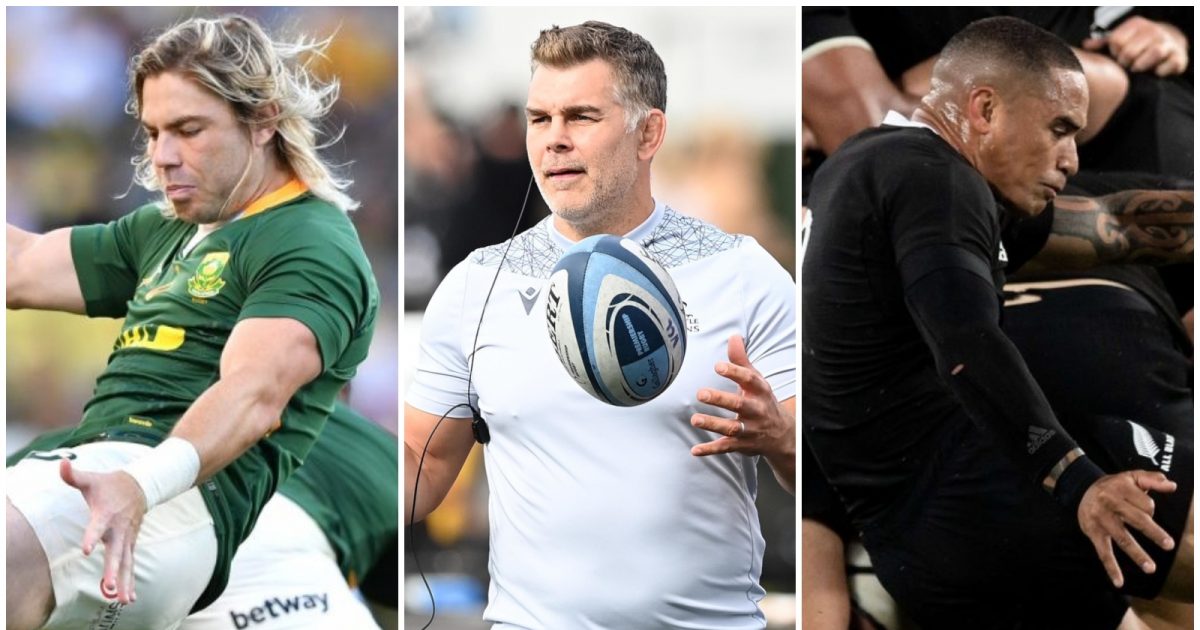 With the Rugby Championship kicking off this weekend, all eyes are focussed on Mbombela, where world champions South Africa host New Zealand in one of the oldest rivalries in the sport.

As New Zealand look to bounce back from a crushing home series defeat to Ireland and South Africa look to hone their attack and build upon their world class set-piece after a tight series against Wales, former England number eight and Worcester Warriors forwards coach Nick Easter joins Planet Rugby’s James While to look at what might unfold on Saturday.

“This is without question the fiercest rivalry in rugby,” Easter commented.

“Three World Cups apiece, absolute domination of the last four tournaments and a clash between the intuition of the All Blacks and the power of the Springboks makes this the absolute pinnacle of Test rugby and I am sure the game isn’t going to disappoint.

“However, New Zealand go into the match with a backdrop of turmoil amongst their leadership, struggling for cohesion and identity on pitch and suffering the absolute humiliation of being beaten by Ireland at home in a series for the first time in history.

“Whilst the Boks looked vulnerable against a very committed Welsh side, their ability to just trust their set-piece and breakdown and punch their way to wins is second to none, and whilst they’ll be unhappy about some aspects of those performances they will have no doubts about what their superpowers are, but also understanding what their work-ons are,” he noted.

“I don’t think I’m exaggerating when I say this is one of the poorest All Black sides of the pro era. They are struggling in set-piece, confused in defence, and uncoordinated in handling, things that you simply don’t expect from New Zealand teams. Virtually all of their tries in the July Tests came from one-out runners: opportunistic runs such as Will Jordan’s 70 metre effort, or Ardie Savea’s absolutely brilliant individual work in the close exchanges. What we didn’t see is cohesion, technical solidity or organisation, which is unusual.

“At the core of their issues is a defence which is at best, confused, at worst, downright disorganised. They’re falling between the two stools of man watching or ball watching defensive systems, and as a result, ending up doing neither system well and are becoming easy to pick apart. The modern ethos is a ball-watch structure, referencing the ball as the key point of defence, using two men collisions to stop and attempt turnover. There’s an old saying that ‘the ball never lies’ and most Test sides focus on that rather than any form of marking up numerical positions.

“At set-piece, their scrum is serviceable, but Ireland took them apart in the line-out, using five Test standard jumpers to pressure the three New Zealand specialists. At maul time, they struggled and again, Ireland used this to huge advantage in the series for a number of scoring opportunities.

“However, with Jason Ryan parachuted in as forwards coach, I expect to see a big step up in the latter area. Under his coaching, the Crusaders haven’t conceded a maul try in seven seasons, and expect to see faster set-ups from the supporters, one focal point of drive and improved formation of the defensive effort.

“In attack, the depth with which the All Blacks are trying to play sets them up to struggle against the best rush defences and that’s exactly what happened in July. Running from very deep positions behind the gainline simply plays into the hands of good defences and the amount of turnover or gainline yards they conceded was verging on criminal – yet they simply never responded to the speed of the Irish defences by playing flat off nine or ten and being prepared to challenge the faces of the blitz players in midfield.

“For a country of huge rugby IQ, the hole they’ve got themselves in is quite remarkable but the issues are so obvious that good coaching and time together can sort them out.”

“The Springboks have an altogether different challenge. History tells us that winning back-to-back World Cups is a huge task and has only been achieved once, where an average 2011 All Blacks side became a complete and brilliant side four years later as they evolved their style of rugby to almost unprecedented heights within the game,” said Easter ahead of the Rugby Championship clash.

“You cannot stand still at this level and there’s a danger South Africa are doing that. Sure, we know they have the best set-piece and are the most physical side in the world, but with greater threat in attack and smoother handling in midfield I believe they’re well capable of going up another level completely.

“There’s a couple of issues that need serious attention; firstly, Handre Pollard needs to take the ball to the line and attack in the faces of the opposition defence. Using his physicality to hold and draw two men to create holes for others would be a revelation – and stopping the big Boks in scramble defence is a very tough task.

“Secondly, for all the solidity of Damian de Allende, he really struggles with passing and running when the ball is coming from the left side of the field with him attacking the right side. His passing left to right is poor, coupled with the fact he also tends to drift himself whereas running the other way, he is a lot more direct and far more comfortable passing off his right hand. With players of the calibre of Lukhanyo Am and Makazole Mapimpi outside him, swifter service or direct running will take out a lot of the tight defence and allow the Springboks to play a more attractive style and importantly, start scoring bigger hauls, something that will be essential against the likes of France and Ireland who score a lot of tries,” concluded Easter.

“With the game likely to be close in scoreline, even though I expect dominance from South Africa, the head to head match ups are very interesting,” said the former England back-row.

“The two I fancy are the inside centre clash between David Havili and De Allende – two crucial cogs in their team’s wheel, and two men under a lot of pressure to ignite the running threats outside them. Their battle is one of power but both men have that offloading ability that can rip a defence open and whoever comes out on top will go a long way to winning the match for their side.

“At half-back, two masters of their art sees Aaron Smith face Faf de Klerk. Aaron hasn’t been at his best recently, but his service is peerless in rugby and he still has the brilliance of pass to destroy any defence – as evidenced by his three man miss down the narrow side against Ireland. Faf is a pain in the backside and one thing he does brilliantly is pressure the connectivity at the base between the eight and nine. Again, if Smith can break free of the shackles Faf will try and impose, we could see an upset due to the sheer ability of the All Blacks to score tries from one out situations.

“Looking at the result, the Springboks like to be underdogs. They like to have their backs against the walls and come out punching – that’s precisely what brings out the best of their mentality and sheer bloody mindedness. However, with the favourites tag they sometimes come unstuck as witnessed last season when they lost twice against the Wallabies. New Zealand need to play for both their coach and captain; I hope to see an improvement in forward play under Ryan, but given the Boks are the best team in the world at holding out one score margins, I’m expecting a close, dogged battle with South Africa winning with a scoreline around 18-16.”

READ MORE: Rugby Championship preview: Springboks to prove too strong for under pressure All Blacks