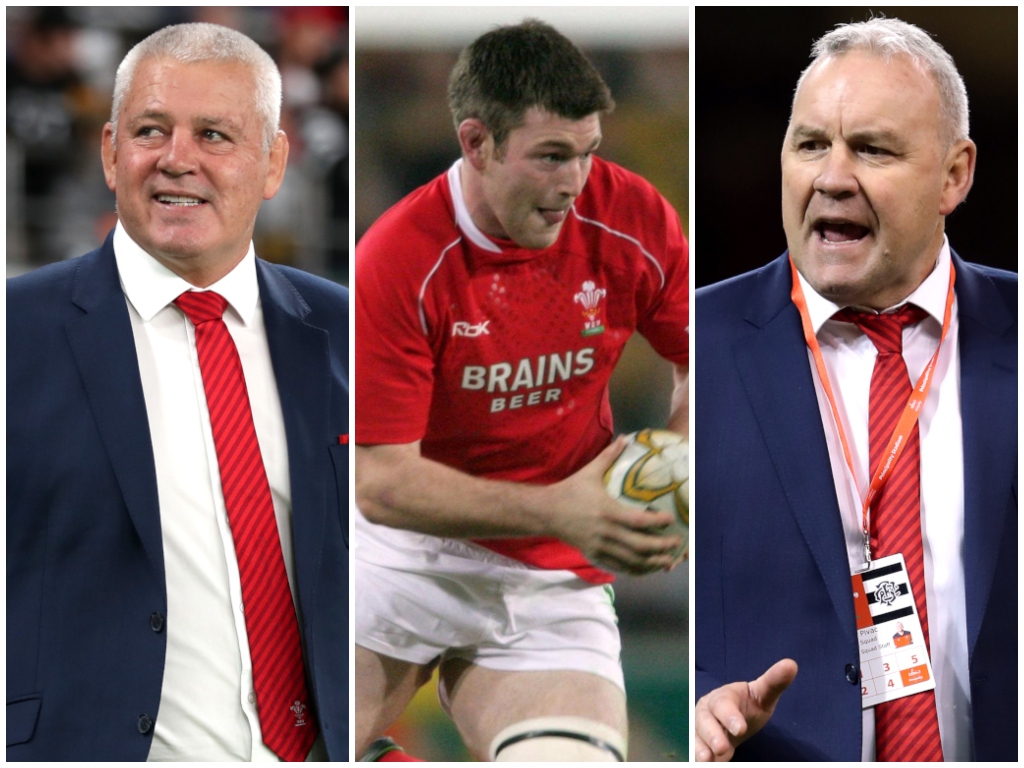 With the first round of the Autumn Nations Cup complete, former Wales skipper Michael Owen rejoins Expert Witness to unpack some controversy and disruption within Welsh Rugby.

To lose those matches is bad enough for the rugby-mad Principality, but the disorganised manner with which Wales have managed to capitulate is very concerning.

Michael Owen, a Welsh Grand Slam skipper 2005, believes that the best way to react to change is to focus on the basics and that’s something that appears to be missing west of the Severn estuary.

“Welsh rugby, since 2002, has managed to achieve a level of consistency that we never previously had up until that point. We were capable of big one-off wins, but from the end of the Graham Henry era to the end of the Gatland days, we were working on a 66% win rate versus all nations.

✍️ That and much more in Who's hot and who's not! 👇https://t.co/YVICCUZUvH

“During that time there was a huge shift in professionalism, that culminated in the 2005 Grand Slam. Big, mature voices emerged – the likes of Gethin Jenkins, Alun Wyn Jones, Sam Warburton, Dan Lydiate – and between them, they formed the backbone of that team for the next 18 years, based upon a hard edge, a tough training culture and a real, internally driven desire to play for each other. I’d summarise that behaviour as brutal, tough and experienced, which is exactly what you need to create winning test players.

“What emerged from those players and Warren was a simple basic style. I’m not talking here about to so-called ‘Warrenball’, that’s far too broad brush, but I’m talking about a side that were very good and highly organised at four or five basic things: scrum, defence, lineout, exit strategy and gain line collisions. Now once you’ve got organisation in those areas you get success,” he added.

“The extras, as I like to call them, build upon these basics to improve your side and to catalyse attractive winning rugby, and that comes from simple talent development based upon the structure I mentioned. Post lockdown, and perhaps a couple of times before that, we’ve seen those standards absolutely collapse.

“The biggest concerns are some of the rumours emerging of an unhappy camp. There’s something wrong when a Welsh and British rugby icon like Sam walks from the environment and other whispers, such as a party culture, a feeling of not fully understanding simple things like defence structure, continue to emerge.

The fact that Lloyd Williams has to guard a breakdown inside his own five-metre line tells you all you need to know about the forward play under Wayne Pivac.

This is a very poorly coached team. #IREvWAL

“A few people have said that perhaps Wales have grown old together as a team and there may be a little truth in that. For all the passion and love of the game we have, we simply don’t have the depth of playing numbers of other nations and replacing greats of the game like Alun Wyn, Warburton and others cannot happen overnight; those guys are ‘once in a lifetime’ players.

“When you start losing, the cracks in team culture and ethics begin to emerge. It’s expected that the senior players should be the men to assist with the transition but they’re in an invidious position – they almost are left having to assist with the bedding in of a new leader above them whilst micro-managing the growth of young talent below them. You don’t want one voice doing all of this. It’s unhealthy and it’s hard, even for the most experienced Test players, to find a balance of your own input.

“I believe we need to stop the rot and start to rebuild from the bottom up. Wales always have to sweat every asset we have and that’s a given, but this isn’t all about results, it’s about measuring the intangible environment too. Have we got the right man to lead the team? Are we picking the right players? Can we improve the support and environment of the team?

“These are massive questions that require thought and the balls to make the big decisions, as we did during the Mike Ruddock era, fast actions that were a testimony to Mike’s management skills. The team vibe is the thing that will really inform the WRU when they examine the last year and I feel, at the conclusion of the Autumn Nations Cup, we need to ask ourselves whether Pivac is the right man for this role, and, if the answer is no, we need to be brutal in making the right call, quickly and painlessly.

No Welsh team in recent years has come remotely close to the beauty of @scarlets_rugby under Wayne Pivac. Their 6-try rout of @Munsterrugby in the 2017 @PRO14Official final was a wondrous work of art: a fact conveniently ignored in the stampede to criticise the same Wayne Pivac.

“Looking forward to the weekend, we need to go back to basics versus Georgia. It’s a banana skin game as they have a great set of forwards as evidenced by their plucky performance against England. I feel that the tight five that finished the game against Ireland is a far more competitive unit that the one that started – the scrum battle is one we can’t afford to be complacent about and I want to see a focus on solidity.

“Whilst our playing pool has been disrupted by injury, Shane Lewis-Hughes has been a shining light in the last two outings and he should be retained. Maybe it’s time to start Lewis Rees-Zammit and get a little flair and excitement back into the team, and I do expect to see Callum Sheedy at some point in the match.

“It’s one we should win but cannot afford to lose. However, the result here is immaterial. I go back to my comment about that we’re in a position now where we need to judge the long term prospects of the team under Wayne Pivac and that’s about judging the intangibles: culture, enjoyment, basics, team vibe.

“It’s a pretty worrying time but all I ask is that, if we’re to make big decisions, let’s do so sooner rather than later, for the sake of all concerned and for the health of Welsh rugby.”

Michael Owen was a rangy, ball handling number eight for the British Lions and Wales. Noted for his keen rugby intellect, he played 41 times for Wales, leading them to a Grand Slam in 2005, and captained the British and Irish Lions versus Argentina in 2005 before a serious knee injury curtailed his impressive career at the age of 29.