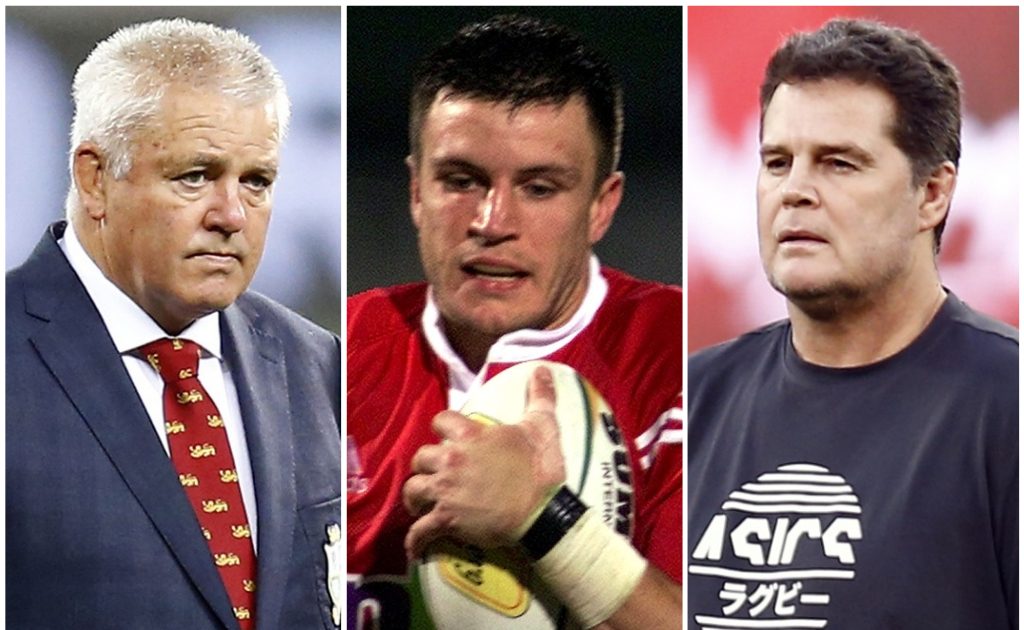 With one Test in the bag for the British and Irish Lions’ Class of 2021, former England and Lions back-row Martin Corry joins Expert Witness’ James While to discuss the famous touring team’s chances of claiming the series when they face a wounded Springbok side in Cape Town on Saturday.

20 years ago, Corry found himself in a similar position to this year’s Lions, when he faced Australia after a convincing win for the tourists in the first Test. The Wallabies turned their season around on that day in the second game in the then Colonial Stadium in Melbourne, but this year, Corry believes that the relatively light load of the 2021 Lions leading up to this clash will stand them in excellent stead to secure the series.

“It’s very hard to draw a comparison to a long form tour like we had that season, with many more arduous games leading up to the Test series, to the relatively light workload the players have had this year.

“We’d played a lot more rugby and looking back, we were a bit more fatigued and carrying a few more knocks that the class of ’21. Nevertheless, I do expect to see an improvement from both teams.

“South Africa are not short of match fitness in the way some parts of the media have commented; what they’re short of is Test match exposure and that’s a far more subtle nuance. Playing Test rugby is like facing a truly fast bowler for the first time in ages. You have to adapt to the sheer speed of proceedings and the power that you’re facing. It takes a little time to adjust to that environment, and as you do so, you remember how to perform in that extreme environment.

He added: “It’s fair to say that both teams will be better this weekend coming as they have time to absorb their performances of the weekend. What unfolded last week was how the Lions adapted to what unfolded and just how quick they were to respond to what was happening in front of them. The first Test was very much a Gregor Townsend-inspired backline selection, in my opinion. Elliot Daly did a manful job at 13, but the work South Africa did around the breakdown slowed the Lions ball down so much that he didn’t have the chances to work his magic, which does rely upon having a degree of front foot and quick ball.

“This week, Chris Harris comes in to give a bit more solidity and poundage in the gain line punch in reaction to the spoiling the Springboks achieved at the breakdown and that’s no bad thing. In fact, the changes made have all been about making ‘us’ better and fine tuning little aspects of the game without changing the overall style. The simple question ‘how do we get better?’ has been asked and the three changes we see are all in reaction to that.”

“I mentioned that the backline was a Gregor-based selection last week, but this time, we’ve seen a little more pragmatism incorporated, one of Warren’s hallmarks. The team that played had never performed together as a unit, so tweaking should be expected and I absolutely agree with the changes that have been made,” Corry said.

“The Lions really played well in the second half but it was a performance based on a team effort. There’s a real grafting quality around this side that bonds them together and they’re not afraid to work really hard for each other, that graft being another of key qualities of Gatland’s teams. Other than Maro Itoje and Courtney Lawes who were both outstanding, the rest of the team simply delivered Test standard rugby – no weak link, not one inch given and that’s great to see.

“They turned the bench impact, considered a potential strength for the Springboks, into a weakness and enjoyed far more from their finishers than the hosts did. It was interesting to watch the changes in approach from the props in particular; Mako Vunipola stated on Monday that he’d been working hard with Robin McBryde to adapt his technique and it was pretty clear he went for solidity over attack, with his feet forwards and throwing a much longer bind to shore up his side against the massive Frans Malherbe.

“The bench equation now runs to the Lions favour – with Elliot Daly able to offer attacking value in four positions, with the added bonus of Taulupe Faletau covering the back-row as another carrier should that be needed in the latter stages of the game. The switch at scrum-half is one that allows the Lions go forward from slower rucks, with Ali Price probably a better finisher off the bench, so that too is an intelligent and tactical selection.

“In short, I was really impressed by the whole 23, a key ingredient in the modern game, and particularly with the way that the bench managed the match to the close out, and if they can repeat that, then it bodes well for this weekend.”

In the Springbok camp this week, there’s been a lot of mystique surrounding the comings and goings of their influential figure, Rassie Erasmus. Whether it be burner Twitter accounts or his clearly morbid fear of dehydration, the former head coach, now director of rugby, has certainly fused some comedic moments with his usual level of brilliant motivation.

However, his incursions onto the pitch are causing controversy even in South Africa, where Erasmus is regarded almost as a demigod. Corry believes his enthusiasm is getting the better of him and he’s actually starting to detract from the clarity of his own team.

“It’s something I’ve never experienced as a leader and I don’t think I’d want to,” commented the former England skipper.

“I’d have hated it as a player if he’d have done that to me. Sure, one or two tactical points are always conveyed from the stands to the pitch but every break is a bit too much.

“As a skipper and player, rugby is all about decisions and adapting to what is happening in front of you. You absolutely get a feel for the game that not even the best of coaches experience from 50 metres away. Rassie’s enthusiasm is undermining his own team’s on-field leadership, not to mention that of the head coach Jacques Nienaber. As a former leader myself, I’d find this absolutely stifling in terms of my personal effectiveness and I’d probably tell him to go away and let me play (or words to that effect!)”, quipped Corry.

“I do think the South African selection has given them a better starting side though. Obviously, as a former Tiger, I’ve seen a fair amount of Jasper Wiese at Welford Road and I rate him very highly. It’ll be interesting to see how South Africa use him – his power in the carry down the middle of the pitch is his differentiator but the key challenge the Springboks face is how to get the width on the ball to get Cheslin Kolbe and the other talented runners into the game.

“It was interesting to note that the Boks managed only three ‘three pass’ moves in the game and played very narrowly; they really will be looking to weaponise Kolbe on Saturday and get him running in the wide channels where he creates havoc.

“The key question for both teams this weekend is how much each can improve and I absolutely believe that the Lions hold the aces here. Much has been said about South Africa improving in terms of fitness, but it’s more that they’ll be sharper in mind for Tests. Nobody has time for fitness work in the week leading up to a Test and I do believe it’s more a case of the Boks mixing and matching their resources for the 80 minutes to plug that perceived fitness gap than any other single thing.

“In the final analysis, it’s going to be another close, low scoring game. An arm wrestle up front, with the team that adapts quickest to the space constraints and match tempo coming out the winner.

“I believe the Lions will shade it, but it should be a cracker of a game.”

We thank Martin for his time.

Former Leicester Tiger Martin Corry is one of rugby’s most decorated players and featured on two British and Irish Lions tours winning seven caps. With 76 England appearances, he won every international and domestic honour in the game and was a World Cup winner in 2003. An athletic back-row forward and line out supremo, he captained England in 2005 to 2006.