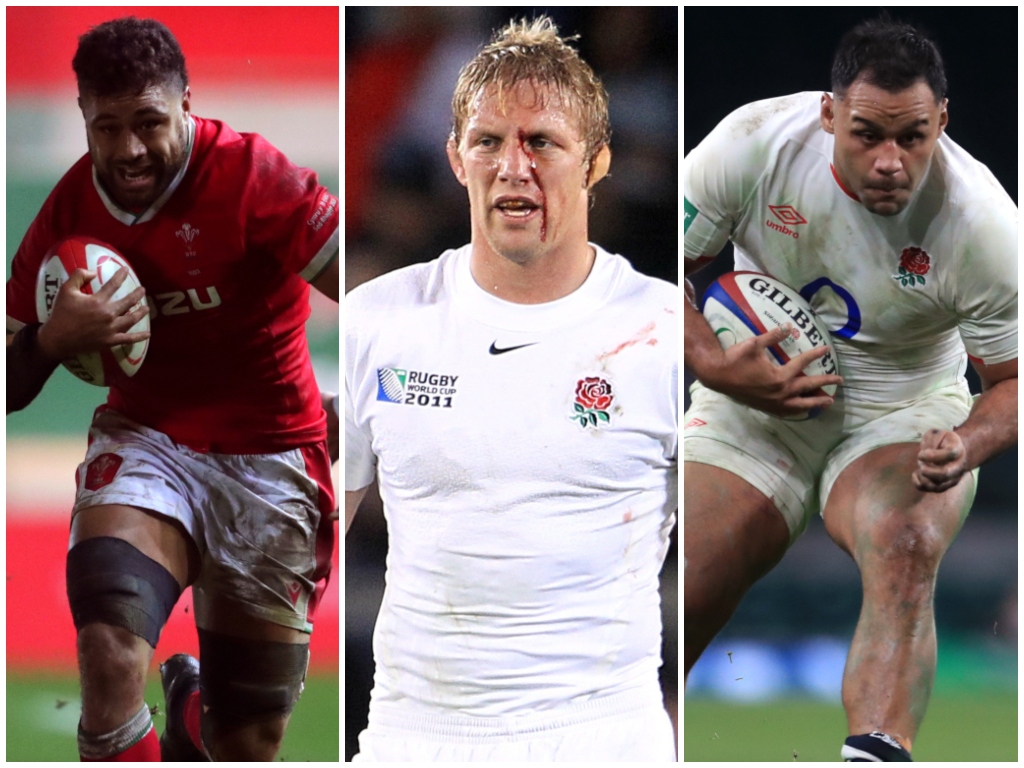 With the Six Nations 2021 moving into Round Three this weekend, former England skipper and World Cup winner Lewis Moody joins us to preview the biggest match of the season so far as Wales host the Red Rose in Cardiff.

Both teams go into this fixture with a degree of hope on one hand but an element of uncertainty on the other. England’s season has stuttered a little bit after a feisty Calcutta Cup encounter where they lost to Scotland, followed by a par performance against Italy.

Meanwhile, Wales, buoyed by the emergence of key players like Louis Rees-Zammit, have scraped a couple of narrow wins against two 14-man sides, but have shown the happy knack of getting over the line in close games, a habit that bodes well for their new future under Wayne Pivac.

All in all, this adds up to a compelling match up in Cardiff, and one that Lewis Moody believes could be season defining for both sides.

“I think I’m being fair when I say neither side has yet hit their straps in terms of style or execution and that Wales have managed to scrape wins with a few moments of individual brilliance against sides with reduced defences,” Moody said.

“I’ve not really been blown away by either side, with a feeling that both have so much more to offer in attack and that neither have a really settled selection policy nor a vision on how to get their best players into the game effectively and for long periods of time.”

“Let’s start with England and my particular area of personal expertise – the back-row. Whilst the Six Nations is always meaningful, the Scottish loss has given Eddie Jones the ability to experiment a little in this game and the Italian fixture, but what we saw was a tendency to revert to type, both tactically and selection-wise,” he said.

“The reaction to that defeat was really to shore up positions with players we know a lot about, rather than giving others the opportunity to express themselves. There’s no doubt that Courtney Lawes is a world-class performer at flanker or lock, but we know precisely what he offers and, for all his titanic defensive qualities, he is not going to ignite an attack. Eddie saw England had been beaten up a little and reverted to type.

“There was a five-minute period in the Italian game where we ended up with a back-row of Jack Willis, Ben Earl and Tom Curry – at that moment I thought ‘YES’! this is the back-row I’ve been waiting to see: balance, physicality, pace and creativity. Sadly, it was a fleeting moment and I really feel for Jack, a player that I’ve utmost admiration for.

“Whilst I’m delighted that young Tigers back five player George Martin has been fast-tracked into the squad, I was also perplexed why we didn’t use this opportunity to get Sam Simmonds into the side. However, I can only assume that Jones has seen something big in Sam’s game that makes him doubt him at Test level. Once a player is labelled like that by a coach it’s almost impossible for them to break through and Simmonds could literally do no more than he has in terms of his domestic form.

Brilliant from @samsimmonds_ tonight. Picked the gap, stayed in control of his speed, saw the space, didn’t panic, trusted his pace, ran an arc like a 200m runner. Absolute class. @ExeterChiefs Premiership is back with a bang. pic.twitter.com/YLsOGQeNyi

“England’s selection in the back-row will absolutely tell you the game plan Eddie Jones has. His options are quite limited with the choice of either sticking with Courtney (which I am sure he will), bringing Earl in at seven or recalling Mark Wilson to the flank. I suspect it’ll be Lawes, which means England are going to revert to physicality.

“Wales, on the other hand, will be delighted that Josh Navidi is available for selection, assuming his neck injury comes good. He’s got such a history of concussion incidents that they’re not take any chances with him but when he plays alongside Taulupe Faletau and Justin Tipuric, then you have something close to a perfectly balanced breakaway trio. Tips is old enough to have played against me a few times and has hardened up a lot as a player, bolting physical defence on to his natural running and support ability.

“Tipuric is the nearest thing the northern hemisphere has to an All Black style of openside and, with Navidi’s huge stopping power and Faletau’s athleticism, the three of them form a formidable unit and will be every bit as competitive as England. Indeed, on form, they’re possibly the better of the two combinations on view and I really feel that England will have to be on top form to better them.”

“With England still struggling to find a little direction in contact since Manu Tuilagi’s injury, it’s crucial to find power runners in other areas of the team. For that reason, I wouldn’t be surprised to see Luke Cowan-Dickie get a start ahead of Jamie George. Luke is very abrasive, very direct and might just add a little more mongrel than Jamie. There’s actually an argument that, in skill set, they’re better suited to Cowan-Dickie starting and George finishing – but that relies upon the Chief managing to hit the throw consistency at the lineout that George manages time and time again,” Moody added.

“Elsewhere, there’s a massive question mark over Elliott Daly’s form at 15 and whilst I think he’ll get one more chance, it surely cannot be long before we explore other options. Interestingly, with Leigh Halfpenny out, Wales will move Liam Williams to 15 which means that England’s kicking game will have to be on point. I expect Jonny May and Daly to give the excellent Louis Rees-Zammit a bombardment but so far, he’s looked every bit the class act we thought he was. Maybe he’s not been fully tested in defence but in attack, the guy has the hallmarks of a classic Welsh finisher.

“In terms of key foci, the set-piece is an area England will hope to gain superiority in. Last season, Wales had a serious issue in the front-row but the emergence of the excellent Wyn Jones at prop, together with the return of Ken Owens, has seen them become competitive here again, something that will make a massive difference on the fortunes of the match.

“With Lawes slated to start, England will see the lineout as an area where they can apply a lot of pressure and disruption, and I’m pretty sure they’ll not be frightened of kicking for touch in the Welsh half to bank on disrupting the Welsh throw.

“Wales, on the other hand, will back themselves in terms of pace and inventiveness, alternating running plays off nine with Dan Biggar’s aerial bombardment to get them out of their own half and I feel it imperative that England remain mentally agile to deal with the variety of attacking points Wales will use.

“When it comes to the final analysis, travelling to Cardiff during lockdown will not present the challenge that a full Principality Stadium offers. The noise and passion are worth eight points to Wales every match and, if the crowd were there, I’d call Wales to take this game. However, I believe it’ll be one of the tightest we’ve seen, with Wales pushing England right down to the line, but I’m going to call Eddie and his men by the tightest of margins in a three-point win, but it’ll be far too close for comfort.”

Lewis Moody MBE was a tearaway flanker for Leicester Tigers, Bath and England. He has won every honour in the game and is the most decorated British player of all time. A World Cup winner in 2003, he played 71 times for England and twice for the British Lions, scored ten international tries.