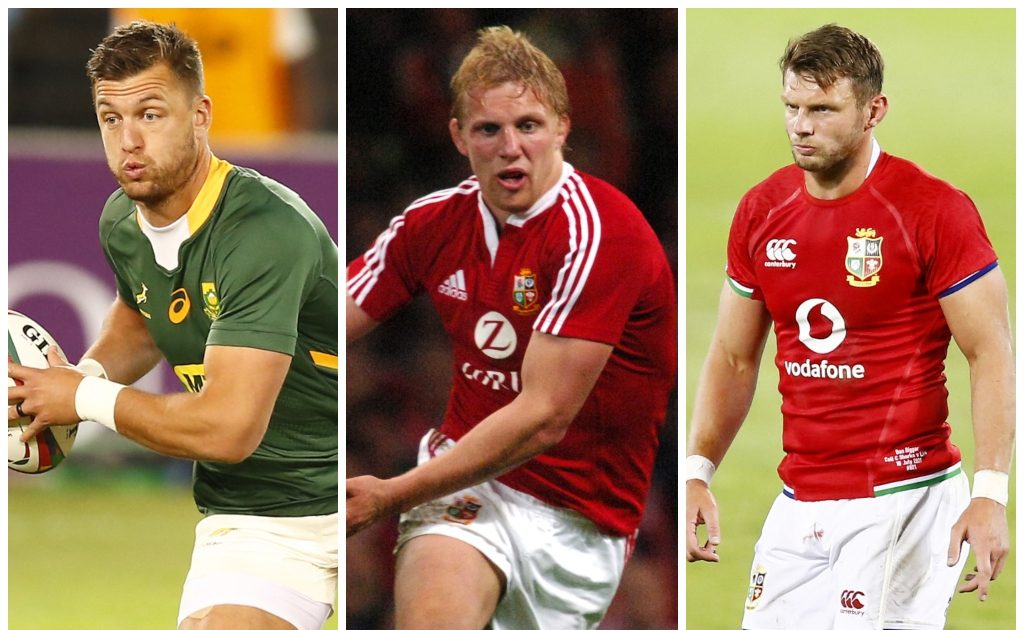 With the biggest rugby match in two years arriving at breath-taking momentum, Lewis Moody re-joined Expert Witness’ James While to unpack what he believes will be the four key factors in Saturday’s first Test in Cape Town.

“Whenever people look at South African rugby they imagine the obliteration of scrums, the bossing of gain lines and the domination of the air, but in truth, it’s they who are the masters of taking three points and of just managing to control the scoreboard,” noted Moody.

“Go back to 1999 when they came out to face an England side that was truly expected to meet Australia in that year’s final and they produced the Jannie de Beer masterclass – a tactic that was initially designed just to keep them three points ahead but ended up dominating the entire game. I’m well aware he slotted six or so, but the initial intent was one of scoreboard ownership at all costs.

“There are two sides to owning the score; firstly, take every opportunity to take points that you can. I doubt you’ll see much corner work and driving lineouts unless there’s a big lead or a side is playing catch up. Secondly, is legality – you have to eliminate every option to take three for the opposition. This might mean that your exit strategy is a longer one with the boot, it might mean conceding a jackal chance that is 50/50 but, above all, you must stop three point gimmies, as every time you give them three you need six to own the board.”

He added: “It’s no coincidence that the Lions have Elliot Daly in the centre; Warren Gatland is absolutely cognisant of the value Elliot brought in New Zealand with his howitzer long-range place kicking and that, coupled with Dan Biggar’s 92 per cent tee record, is absolutely key to respond to Handre Pollard, who, rather scarily, has a similar range to Daly with the same percentage off the tee.

“To leverage those opportunities, you must play rugby in areas that the opposition cannot hurt you and where you can hurt the opposition – sounds simple but often people lose sight of the field position because they’re too embroiled on one-on-one collisions. You must at all times keep spatial awareness – it removes so much chance from the game if you’re controlling the area where the ball is in play.”

“Rugby is all about those small moments and those small battles. Although I have talked about the importance of owning the scoreline, I never looked at the actual board unless we started to lose momentum in the closest games as generally, you can feel that momentum building intuitively, without the need for external reference points. You’re very well aware of where you are in terms of collision and scrum momentum, and you can even see the back three owning moments in the air when they feel confident and they want to catch the ball,” Moody said.

“Jonny Bairstow (England cricketer) said to me that he focuses on winning each delivery he faces. He doesn’t think about the long game as he knows that every time he scores or defends a ball, the momentum is with him. Rugby is identical – you as a player know when things are going with you and as that happens, you build from it.

“A great example of a side reaching an unstoppable momentum was Scotland against England in 2019 when at half time they were 31-5 down and England ended up hanging on with a last-gasp penalty.

“Finn Russell also ignited motivation. His darts and impish running motivated the side to believe. If you go back to the famous 1991 England game v France, few remember that two minutes after Mick Skinner’s hit on Marc Cecillion, France scored. However, Micky gave England both the momentum to restart and score, coupled with the motivation to believe.

“Motivational moments are instantaneous and unpredictable; momentum is built and the Lions will have to have plenty of both in order to succeed. You can also plan to build momentum – if you go back to the Rugby World Cup final and extra time, we were in the lead until Elton Flatley slotted a penalty on 98 minutes with two to go. Now you might think that losing the lead removed our momentum, but we’d planned for a scenario such as this – Johnno (Martin Johnson) gathered us under the posts and he issued a three point momentum plan: ‘Lew, from our restart, you run at the 10 and give him no space to kick. Lineout, ‘ZIGZAG’ (a call which meant three phases, across, to set up a drop goal) and Jonny will do the rest’. And of course, we all know what happened then – I certainly do – I’ve made an after dinner speaking career from it!” he chuckled.

“Joking aside, we had planned for that moment, we’d planned how we were going to regain momentum and our belief, coupled with Johnno’s simple motivational instructions, meant we executed it flawlessly.

“In a Lions context, that’s why Gatland has picked the side he has. It bristles with both momentum and motivation players – Tadhg Furlong is a master of a one foot scrum advantage, and they’ve picked the best scrummaging hooker with him to control that side of the scrum. Curry, Conan and Lawes hit the gain line incredibly hard from flat starts – the flatter starts mean you need sheer poundage into contact and that’s crucial. Alun Wyn Jones is the arch motivator, as is Dan Biggar in the backs. The guys picked have key roles assigned to them for both of my points here.

“And lastly, we have lineout momentum. The excellence there has been an absolute feature of this tour, with only two missed throws in the entire tour and they were both long tail throws. Our lineout is built not on lift height but on ground speed and getting the athletes like Maro Itoje and Courtney to the floor position that allows them to challenge in the air after the lift.

“Look, when I say kick accuracy, the first thing the layman thinks of is the pinpoint timing and direction of the strike – but there’s so much more to it than just that,” the former Lion said.

“The old adage is that the kick is as good as the chase, but again, the calls, the timing, the weather and pitch conditions, the personnel executing – all of that gathers together to make kicking effective or ineffective.

“One of the critical reasons that both Owen Farrell and Conor Murray have not started is that their kicking game is off and they’re both struggling a little with timing. Ali Price and Biggar are in much better nick but crucially, both are getting ball from hand to boot a nano-second earlier; a fact often overlooked. Pace of decision and execution prevents defensive organisation and pressures the opposition, making them run a metre further to catch, or have to turn and field.

“Field kicks need to go green (by that I mean hit the grass in space) or move the opposition around in the area between their 10m and 22m lines; both Biggar and Daly are brilliant at this and Stuart Hogg, despite his occasional mispositioning in defence, often has his moments too.

“But chase organisation is key – and I believe this is one of the reasons that Anthony Watson and Duhan van der Merwe have been selected – they contest their own team’s kicks better than others in the squad. Daly again is a key man in this, and he’s a brilliant chaser and tapper of restarts and you’ll see him standing in the seven channel at restarts and looking to mix it with the forwards and win the drop out with athletic ability and intellect,” Moody said.

“And then there’s reactive kicking – Cape Town can be wet underfoot and if that happens, knowing when to chip and grubber to gain milliseconds in chase pressure again can be match winning.

“Above all, we must not over kick. My old Bath team-mate, the great Francois Louw, said this week to Planet Rugby that ‘you can’t kick to Cheslin’ and he’s dead right. All of the Bok back three are ludicrous runners and will rip you to shreds if there’s air between the chase line and the receiving kicker – as I said at the start, it’s complex aerial battle and whoever comes off on top is the team that I expect to win the Test.”

Battle of the benches

“Very lastly is the battle of the benches. This is simple – the British and Irish Lions have picked a bench to maintain momentum and to tighten things up. I see Alun Wyn playing 50, with Tadhg Beirne coming on to add mobility with Lawes moving up a row. Hamish Watson comes on for one of the other two to add his own pinballing Braveheart madness, with Faz and Murray adding control,” Moody added.

“The best scrummaging loosehead, Rory Sutherland, is on the bench to control the massive Frans Malherbe and although the latter is not match fit, he’s a scrum powerhouse, with Ken Owens and Kyle Sinckler both experienced Test forwards.

“For both sides, there’s no real change up player, anyone that can make an individual effort of massive game changing proportions, so I do believe that the 50/60 minute mark is a great measure of the result.

“It’s going to be one of the closest Test matches in years, but whoever wins the most out of the key four battles I’ve outlined will win the Test, of that I am sure.”