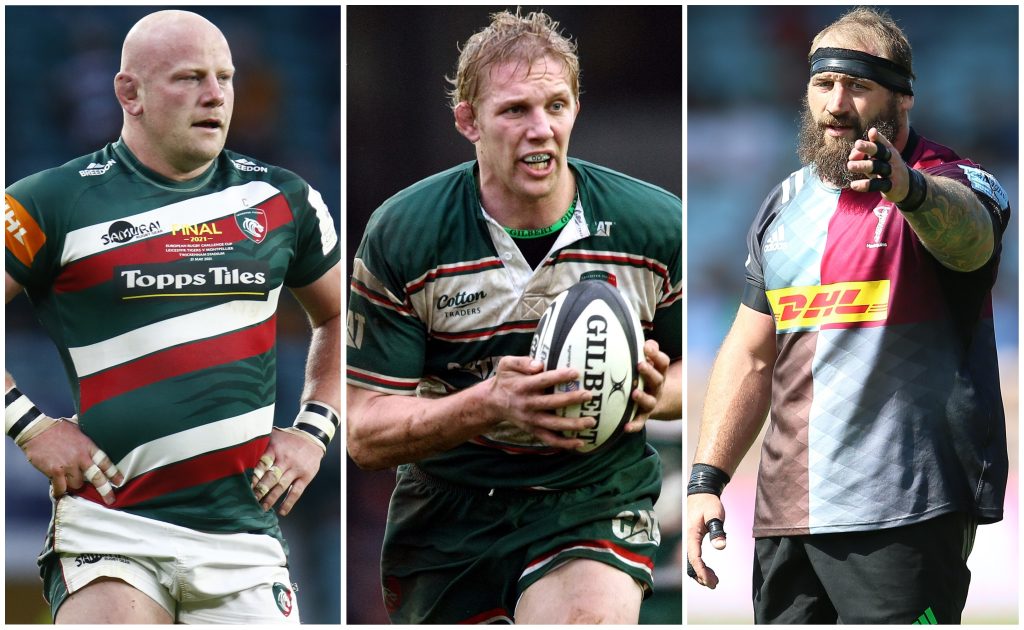 With Leicester Tigers flying high in the Premiership, last season’s champions Harlequins visit Welford Road on Sunday in what might be the domestic fixture of the season.

With the added backstory of Springbok fly-half Handre Pollard’s impending switch to Leicester to replace the long-serving George Ford, former Leicester skipper Lewis Moody is excited at the prospect of a thrilling fixture.

“I find it thrilling that both clubs have such a well-defined playing style and are true to their own rugby DNA,” he said.

“In the case of Harlequins, they’ve produced a daredevil style of rugby, fearless running from all parts of the field, catalysed by an international spine of Alex Dombrandt, Danny Care and Marcus Smith at half-back. It’s an absolute joy when you can play that style of rugby knowing that it’s given you results in previous seasons. They are playing rugby on their terms and have that hidden back knowledge of success to allow them to rely upon their attacking instincts.

“Tigers, on the other hand, have had to redefine their own DNA. I think that a lot of good came out of their poor years in terms of young player development, but what Steve Borthwick has managed to do is to go back and look at what were the qualities that defined Tigers during their great run of success 10 or so years ago.

“Any side visiting Tigers expected to be greeted by a powerful pack, a great set-piece and powerful rugby played with belief and passion. Part of the legacy of Geordan Murphy’s time at the club has been a crop of excellent youngsters coming through, and what we’ve seen happen is those lads maturing over the last two seasons to become key leaders within the group. Ellis Genge, Harry Wells and George Martin have had to grow up very quickly to take up that leadership function, whilst others, such as Joe Heyes, Freddie Steward and Nic Dolly, have followed their route into the first team and are kicking on into international honours.”

“With rumours flying around that Handre Pollard is set to join Leicester to replace George Ford, I really believe something special is happening once again at Welford Road. I’ve been in exactly the place George is now; knowing that I was moving clubs and wanting to prove to all that firstly I wanted to leave Leicester on a high, and secondly that I was going to be a good acquisition for Bath. I was lucky that my time ended with a Premiership final win v Saracens and I know George will be particularly motivated to thank the supporters for the times he’s had with the club and his professionalism is such he’ll be desperate to leave with silverware,” he added.

“The fact that Pollard is almost certain to join emphasises the attractability of Tigers. From what I am hearing, it was the rugby and the chance to work with Borthwick rather than the salary that made his mind up and he will bring structure, winning habits and a track record that’s peerless in modern fly-halves to the club.

“Going back to the weekend, Harlequins will be learning that when you’re champions, defending a title is almost harder than winning one! You’re there to be shot at, everyone ups their game to play against you and you have to develop a siege mindset that this is the new norm. You also learn about when to peak – remembering your previous success is key here – as rarely do sides that dominate the early stages of the Premiership go on to win it. It’s all about peaking at the run in – that turn around point at Christmas and then relying upon squad depth during the international windows to maintain pressure.

“This weekend will be no different to that and both sides will want to take that momentum with them. In terms of match ups, there are so many that could inform the game, but for the rugby purist, nothing is better than seeing Dan Cole go up against his best mate Joe Marler one to one. For those within earshot, the banter will be non stop and absolutely hilarious from start to finish. In fact, the other forwards may as well be playing a different match as these two will be absolutely set out to win bragging rights over the other. Joe will provide a running commentary from start to finish, goading his mate and absolutely winding him up, whilst Coley, who rarely says anything at the best of times, will punctuate his grunts with sniggers and one liners if he gets the shove on Joe. Best of all, Joe does a mean “Coler-Bear” impression, especially his squealing to referees if his opposite number is illegal, and I am sure that might just feature in some of the banter.

“Yes, elsewhere, there’s Tyrone Green v Freddie Steward, Danny Care v Ben Youngs and of course, Marcus Smith v George Ford. In fact, every single one of those key battles could inform the result of the game, but I can assure you, none of them will be as influential, hard fought nor as funny as Dan v Joe, the propping double act of the decade, both folk heroes of English rugby and their respective clubs!”

BT Sport is the home of Gallagher Premiership Rugby. The 2021/22 season continues with a weekend full of games, including Leicester Tigers v Harlequins live on BT Sport 2 at 2pm on Sunday 5th December. Find out more information on how to watch at BT Sport bt.com/sport