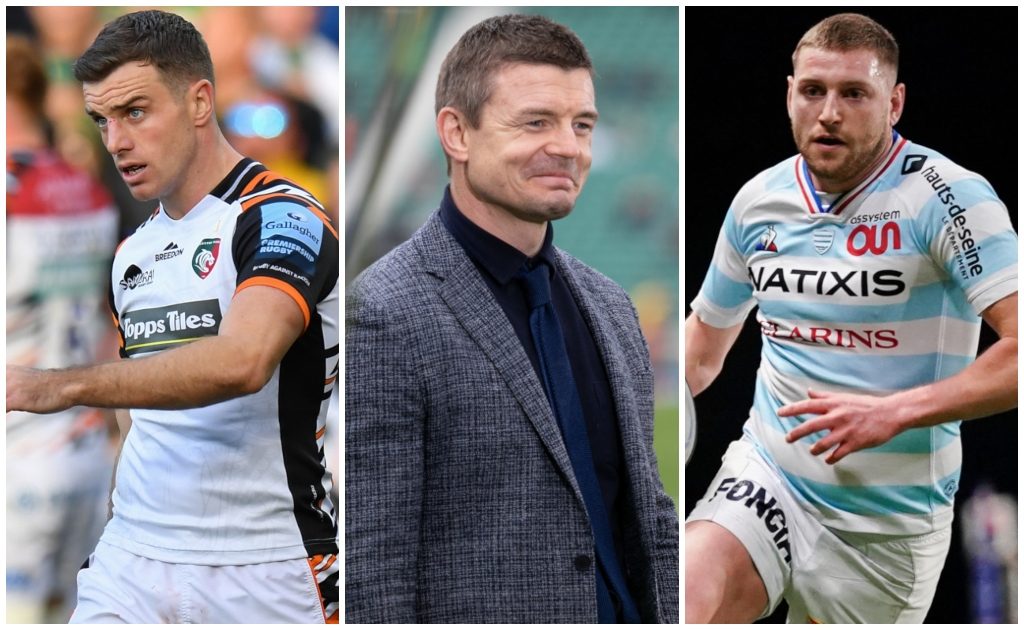 With the European Champions Cup upon us, James While caught up with a true rugby great, Brian O’Driscoll, to discuss the main talking points of the first round.

“One of the great things about northern hemisphere rugby at the moment is watching the freedom enjoyed by some of the younger players in terms of the way they want to play the game,” O’Driscoll said.

“After the excitement and attacking ambition we saw at the tail end of last season in the Premiership and in Europe, it was disheartening to see the style of rugby we witnessed on the Lions tour to South Africa, but all of a sudden, we’re seeing some amazing rugby from some talented youngsters. They are super comfortable in the wide channels attacking with ball in hand and the Champions Cup is a great opportunity to see that at the highest levels and I cannot wait to see this season’s offering.

“Whether it be the likes of Marcus Smith, Romain Ntamack and Antoine Dupont, or even the Leinster front-row, it’s so exciting to see some of the positive ambition of the sides. I do feel the 50/22 rule has allowed a lot more space out wide with wing defence adapting to cover the laws. I also think it’s interesting to see how teams have looked to exploit that, whether it be with an extra kicker in the backline or, like England did in the November Tests, using a three centre approach to gain handling width around the fringes.

“This is player driven. The last thing that you need is asking your team to play a game that they don’t want to buy into. We’re now seeing matches driven by intuition and instant decision-making on the field of play – a shift from the over-coaching of previous seasons – and a move to empowering the players to make the right attacking or defensive calls based upon the way the game is evolving in front of them.

“I see the role of the key decision-makers as evolving to that of a quasi-gridiron quarterback; the ability to have a variety of plays in their heads, able to create space and change dynamics based upon the match situation. The likes of Johnny Sexton, Smith, Finn Russell, Matthieu Jalibert and Ntamack all subscribe to this heads-up view and it’s making the game compelling to watch.”

“There’s some really big games this week with some delicious match-ups from some of the players I’ve mentioned,” the former Ireland centre added.

“Nothing is more intriguing than Leicester Tigers’ trip to Bordeaux Begles. It’s literally the best team in England versus the best team in France, and I emphasise the word ‘team’ there. It’s a fantastic fixture in the opening weekend of the competition and one that will set the bar for all of the teams.

“Tigers’ resurgence is based upon a power game; the very values we’ve seen from them in their great years, but one assisted by the brilliance of George Ford at fly-half. Whilst I’m aware Jalibert went off last weekend and is currently a minor doubt, the head-to-head between those two is delightful. Both are very similar all-court fly-halves and both are partnered by international scrum-halves in Maxime Lucu and Ben Youngs.

“The packs are both good enough to cancel out any advantage, although I can see Tigers may very well edge the crucial set-piece. I expect a brutal but fast game, with whichever half-back pairing that gets on top defining the result of the match.

“On Friday night, we have another crackerjack when Racing 92 travel to Northampton. Saints may just yet be the dark horses of 2021/22, a side that’s suddenly grown into their clothes under Chris Boyd and are finally starting to deliver consistently on the attacking style that they aspire to.

“Courtney Lawes’ quiet and unassuming leadership is at the heart of this. He’s matured into a true world-class blindside – his tackle versus Tonga showed his incredible pace and mobility for a man of 6’7” – and moments like that from your leaders inspire everyone around to follow you. Historically, he probably wouldn’t have been the first person you think of for an international captaincy role; he’s quietly spoken but yet underneath that, here’s a guy with a massive engine, an inspirational work rate and someone that leads purely by example. A true player’s player, high octane and high standards.

“Alongside Courtney, Alex Mitchell is bossing games with a variety of skill that’s unusual to see in an English nine and he’s in cracking form. He fuses breaks around the fringe with great kicking precision and with Dan Biggar outside him, they look to open up the pitch width wise for the gas they’ve got outside them. Saints are a joy to watch and both Mitchell and Biggar play a huge part in that.

He continued: “It’s ironic that, in hosting Racing 92, we’ve a direct match-up between two British and Irish Lions fly-halves as Russell controls everything that’s good about the Parisian team. Racing have probably underperformed in recent times, languishing eighth in the Top 14, which is far too low considering the personnel they have at their disposal. It’s not quite clicking for them for some reason right now, but the Champions Cup gives them the chance to reload and recalibrate, and they’ll travel to Franklin’s Gardens in search of that vital away win that can decide qualification for the knockout stages or not.

“Finally, it’s disappointing to see that Covid disruption again looms and I really hope that we, as a combined rugby community, can work together responsibly to make people as safe as possible, whether than be fans, media, players or officials. We’ve already seen a couple of fixtures disrupted by the URC fallout in South Africa, and I hope that doesn’t continue to be the case. I’ve been thrilled, from the very first Premiership match when Bristol hosted Bath to a packed Ashton Gate, by the noise and colour of the crowds returning.

“Let’s all hope that continues and we see a European tournament characterised by thrilling rugby, vibrant crowds and committed support.”

We thank Brian for his time.

BT Sport is the home of European Rugby Champions Cup. The 2021/22 season kicks off with a weekend full of games, including Leinster v Bath live on BT Sport 2 at 3.15pm on Saturday 11th December. Find out more information on how to watch at BT Sport.