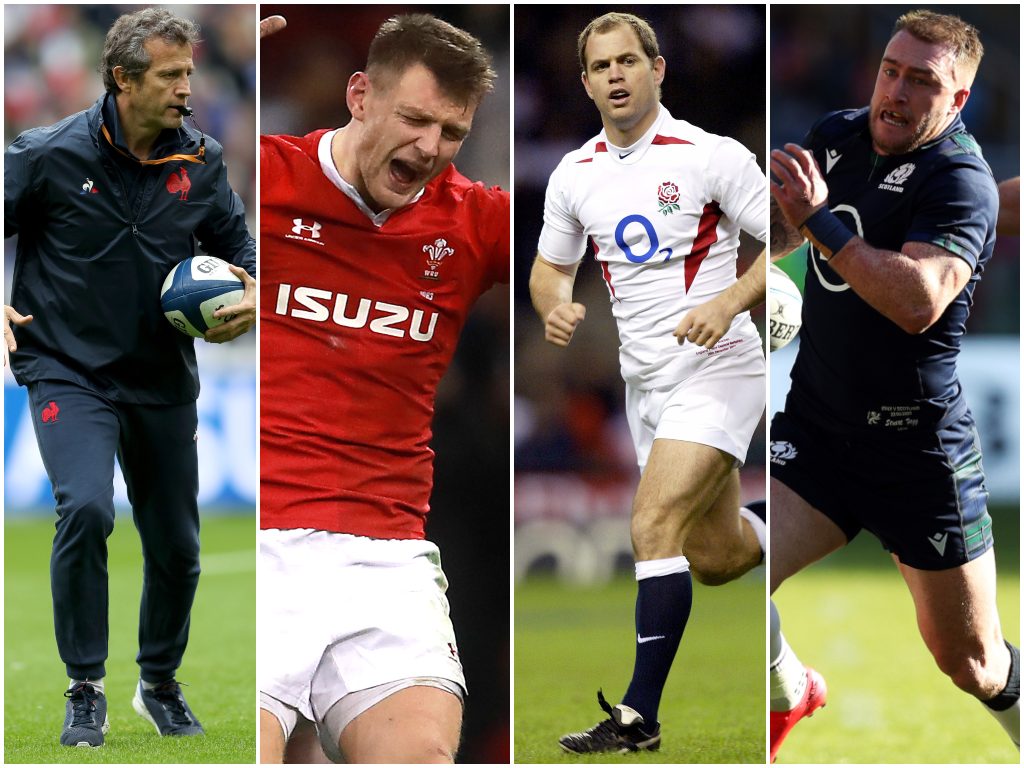 With Scotland finally finding winning ways, France continuing on their course to a Grand Slam and England putting in a convincing display against Ireland, Expert Witness welcomes back former England skipper and Saracens scrum-half Kyran Bracken to review the weekend’s action.

Scotland avoided a banana skin in Rome, where Italy’s performance wasn’t reflected by the scoreboard. With Stuart Hogg the key difference between the teams, Bracken believes that there’s still a lot of work to do for Gregor Townsend and his men.

“Let’s be honest about this – Scotland were pretty dire,” he noted.

“I’m a little disappointed for the doughty Italians as I felt they’d fire a few more shots than they did. It seems to me that they’re desperate to play a wide game but are trying to do that too early, without using their forwards to commit players in early phase plays in order to tie in numbers and created mismatches in the wide channels.

“I believe Franco Smith is trying to get them to play a fast, ball in hand dynamic game like Japan, where you get the ball away from set-piece rugby and play at tempo. But in order to do that, you need to use your big men to tie in defenders then use the running skills of their back three when you’ve earned the right to go wide.

“I’m concerned that Italy are experiencing a similar domestic situation to that of France a few years back – where club and country aren’t aligned. I’d go as far as to say there’s now a case for Benetton or Zebre to become the basis of the Italian side and use Europe as a test bed to develop the same style as the national side via shared knowledge and coaching.

“With regards to Scotland, sometimes we forget that they have a similar sized playing pool to Italy, but obviously have a depth of rugby heritage and structure that’s far superior. When you look at the two previous games to this one, in each game one failure to execute a simple move prevented them from staying in each of those games.

“When you have that smaller pool, sweating the assets you have and taking the chances you’re given is essential. I think there’s a case to say that Gregor, (rather paradoxically if you consider his own personal playing style) is coaching with too much structure. Scotland only have one or two big offload players – they’re at their best when they play spiky deconstructed rugby, yet Townsend is insistent on coaching a tight game, which seems very strange.

“He really isn’t doing himself any favours regarding Finn Russell, the man he needs to play that open style and it’s now incumbent, for the good of everyone in the Scottish game, to sort that situation out. In short, you can’t lose a player of that quality when you have a small playing pool.”

“When I mentioned that there’s a conflict between clubs and country in Italy, you only have to look at the way France have sorted a similar issue out to see it can be done. They’re on fire at the moment and the harmony between the national and domestic playing styles, plus the excellence of a crop of youngsters harvested in the U20 competition has reaped huge rewards for them.

“There is also the Shaun Edwards factor!” laughed Bracken.

“The French line speed in defence absolutely decimated Wales, who would have backed their fitness to beat them in the last 20. However, that wasn’t going to happen with this young and fit side. Again, same comments apply to Wales about earning the right to go wide – they weren’t prepared to do those hard yards and even when they tried, France, led by the outstanding Charles Ollivon, smashed them.

“There’s a real dilemma for Wayne Pivac at the moment; he’s hung his hat on the pace game he produced at Scarlets, but if you’re picking Dan Biggar and Hadleigh Parkes as your 10 and 12, you simply don’t have the fast passing hands to exploit the pace elsewhere in the side. There’s something inside me that says somehow Warren Gatland would have found a way to beat France and that belief and tactical nous seems to be missing right now.

“If you look at the try Paul Willemse scored from the lineout, then you realise how poorly organised Wales are. That try should NEVER have happened at this level and there were no numbers in defence – something the Welsh hooker, nine or one of the back-rows should have been creating. Yes, France planned that move but they were aided by the complete disorganisation of the Welsh primary D.

“Dan Biggar’s performances and behaviour are characterising the way they’re playing. He’s not able to assert himself in open play and therefore he’s resorting to speculative (albeit sometimes effective) high ball and chase tactics. In addition, his continual rattle and chat to the referees is disenfranchising his side from the officials and also distracting the player and his teammates alike,” explained the former England captain.

“Wales need to sort this fast; I know they lost five from five in 2003 but as things stand, with England up next, they might just struggle to win another game this campaign leaving them one from five, something that would be unthinkable under Gatland.

“France seem to have suddenly unearthed the richest seam of talent seen in their rugby for many a year. Yes, we’ve known about the dominance of their U20s for a good few seasons now, but we’re seeing the first wave of those players mature.

“My old foe, Fabien Galthie is at the epicentre of their resurgence. I loved playing against Fabien, knowing that he had a real winning mentality and a strength of rugby character that’s out of the top drawer. He was also a very well structured and tactically intelligent player and he knew how to get the best of those around him. That’s manifesting into his management now – he has recruited his backroom staff brilliantly, choosing players that are natural winners and have strong leadership skills.

“That leadership has extended onto to the pitch too. Rarely have I seen a French side so calm under pressure and a lot of that is down to the captaincy of Ollivon and his vice captains, Gael Fickou and Antoine Dupont. France look professional, structured and mean; best of all their youngsters appear to have no fear of failure and are creating a winning habit. There’s a few weaknesses – I’m not convinced yet by their scrummage as an example, but if they continue on this upward trajectory they’ll be right up there when they host the Rugby World Cup in 2023,” concluded Bracken.

🗣️ "Mako probably won't be back for Wales." #GuinnessSixNations

“I was mightily impressed by England on Saturday. The pod systems of backline play Eddie Jones is using was very effective and quite unusual. He’s detaching Ford, Farrell and Daly into a kicking pod, then using Jonathan Joseph, Jonny May and Manu Tuilagi as a chasing or pressure pod. Basically, he’s using the gifts of the players he’s got available and when you have kicks coming in from three points of the pitch, plus you have one eye on the switch to a route one Manu crash, your defence becomes very reactive and cannot assert itself.

“As a former half-back I was also delighted to see Ben Youngs put in his best performance for England in a long time. His kicks and his decisions were flawless and he was actively playing with his head up looking for the options around him. He’s re-established himself as first choice, but it’s now imperative that we blood younger players to replace him and stop picking 33-year-old journeymen. There has to be some form of succession policy here and it’s time to give someone else a go as Ben’s back up.

“England’s back five in the pack were mightily effective too. Whilst the argument rages on regarding Tom Curry playing out of position, I get concerned that Courtney Lawes playing at six gets dragged into this debate. In short, Courtney is well capable of playing Test rugby on the flank and swapping into lock as is needed. Few can play both positions to a world class level and we need to stop worrying about him as a blindside.

“Both Curry and Sam Underhill went really well too – the pressure and niggle they greeted Conor Murray with completely put the Irishman off his game. Little nudges, slaps, they were all there, some legal, some illegal but all mightily effective.

“For Ireland, they looked tired, and at half-back, old. All season, the best British and Irish nine I’ve seen has been John Cooney and it was no coincidence that they improved immeasurably when he replaced Murray. I also think their back-row looked less than dynamic and the further the ball was away from the breakdown, the more they struggled.

“Ireland are out of the running now, and I do hope that Andy Farrell uses the last two games wisely to allow Caelan Doris and Cooney to develop.

“But England – well I believe that was the first time that they put to bed the disappointment of the World Cup final and reappeared as the side we saw against New Zealand.

“With a little fine tuning, they’ll be fine and I look forward with great anticipation to the next game versus Wales at home.”

Kyran Bracken was a gifted scrum-half in the colours of Saracens and England. Gaining 51 caps and captaining his country three times, Bracken is also famous for his exploits in the TV Show Dancing on Ice. Follow his podcast, Ruck It, here.