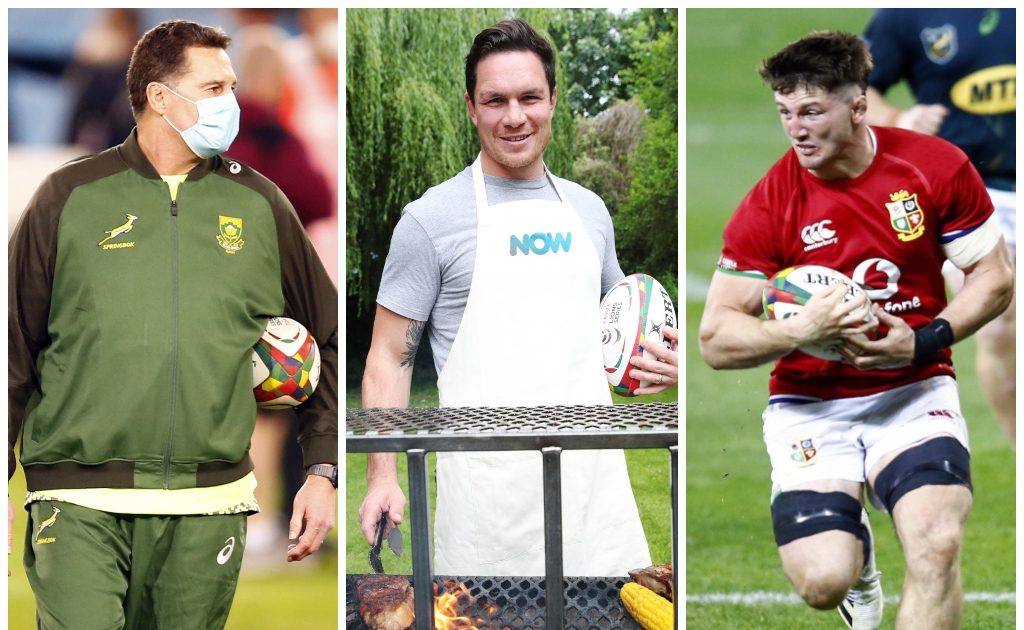 With a British & Irish Lions Test series against South Africa about to commence, the talking is over and it’s time for battle.

On Expert Witness this week to preview the match of the year is the great World Cup winning flanker, Francois Louw, offering us a wonderfully informed perspective from the Springbok side.

After two previous attempts in 2011 and 2015, Louw became a world champion in 2019 when South Africa disposed of England 32-12 in the Rugby World Cup Final. Louw was an integral part of that campaign, his versatility covering all three back-row positions and his grit and physicality earning him plaudits from the entire rugby community.

With 76 caps to his name and with 10 international tries to his credit, his knowledge of the Springbok set up is encyclopedic and his admiration of his former head coach, Rassie Erasmus, is clear for all to see.

“Rassie is an exceptional man,” he commented.

“Rarely do you find someone with such a razor sharp academic intellect, empathy and man management coupled with a phenomenal appreciation of the game. When Rassie took over the reins the team was in absolute turmoil and in 2016, had one of the worst runs I can remember before he joined us.

“When he joined us, he made it clear we were on a 24 month turnaround and he planned that journey intelligently and precisely. He had some massive challenges; a huge array of cultures and he basically made winning our common denominator. Rassie is first and foremost a people person – he gets the most out of humans and technicalities are second with him; as an inspirational speaker, he’s without peer but that doesn’t mean to say that he ignores tactics.

“He’s a keen student of the game – a man that eats and lives the sport. Players are encouraged to challenge him and he’s very approachable, but I can tell you from personal experience that you better be sure of your facts if you’re going to make those challenges!” Louw quipped.

“Rassie’s key message was that of strategic control of the game, something that I know will feature in this series. ‘Own the scoreboard’ was always a key message for us, something I am sure he and Jacques Nienaber will be drumming into the guys this week and beyond. With Jacques taking over the head coach role, Rassie stays alongside him – as you saw with SA ‘A’, he likes to be in the action, and I feel that their minds together will be fantastic for the Boks.”

“The SA ‘A’ game was an intense and physical encounter and to be honest, I was surprised how it panned out. The Boks had had a tough week with Covid warnings and so on and I really felt that the Lions created a lot of problems for us.

“I’m not sure they were over eager to show their hand, and I am pretty sure they were holding a few tricks back. However, they surely learned two things from that game – don’t kick to Cheslin Kolbe and don’t try and smash over the Bok line,” noted Louw.

“I feel that they didn’t show their hand selectorially either and I think Warren Gatland is holding a few things back. Whilst they have the same playing ID as a unit, the individual components have a different identity and the combinations that Warren might use all have points of differentiation.

“In the back-row, I’m expecting to see Courtney Lawes and Tom Curry providing some big hitting from them, with Hamish Watson supporting. Courtney will put a lot of pressure on the South Africa lineout and he’s also very quick across the floor in the jump. The Lions also have the ability to put some really big units on the bench and to effectively bring on an entire new back-row with Lawes starting at six.”

Louw added: “For the Boks, now that we’ve seen the team, the contrast is that whilst the Lions can bring on pace, South Africa have an entire Rugby World Cup-winning front-row to come on and create havoc should the game be tight. Players like Frans Malherbe and Malcolm Marx are immensely powerful and I can see them having a huge impact on the last stages of the match.

“As a forward, the last thing you expect is to face a scrummaging front-row of this quality and whilst I was pleasantly surprised by the tactics, I really can see their value.”

“Make no mistake, this will be a game of the finest margins,” Louw commented.

“It’s rare that you get big scores in games like this and it’ll be the little things that matter – stuff like over hitting a clearing kick by a metre – South Africa did that versus the All Blacks in 2018 and we conceded two tries in the blink of an eyelid and accuracy will be essential. The game will turn on small moments – the little things that all add up to create a much bigger position and, ultimately, points. Look at the SA ‘A’ game – a small moment was Louis Rees-Zammit just failing to ground that reach for the line; in a Test match those failures build both mental and physical pressure and as I say, you have to control those micro battles.

“Both sides will have one clear objective – in cricket terms, to build a test match innings, not a T20 slog! They’ll stick to systems and process with patience being a really important quality. You cannot force an innings – you have to adhere to your plan and more than anything, own that scoreboard, whether it be through penalties or whatever. In my experience, the big moments will come if you control the little battles.”

He continued: “I don’t think you’ll see kicks to corners early doors to set up driving mauls; both sides have great kickers and they’ll keep chipping away, knowing that every three points scored puts more and more pressure on their opponents.

“I am not one to call a score, but what I will say is the team that wins those tiny battles – the gainline, the dominant hit, the exit strategies – those are the things that add up in Test match rugby and whoever controls those will be the side that wins the game.”

The British and Irish Lions Tour of South Africa is available to stream on Sky Sports with a NOW Sports Membership, currently priced on offer at £25 a month for three months*.