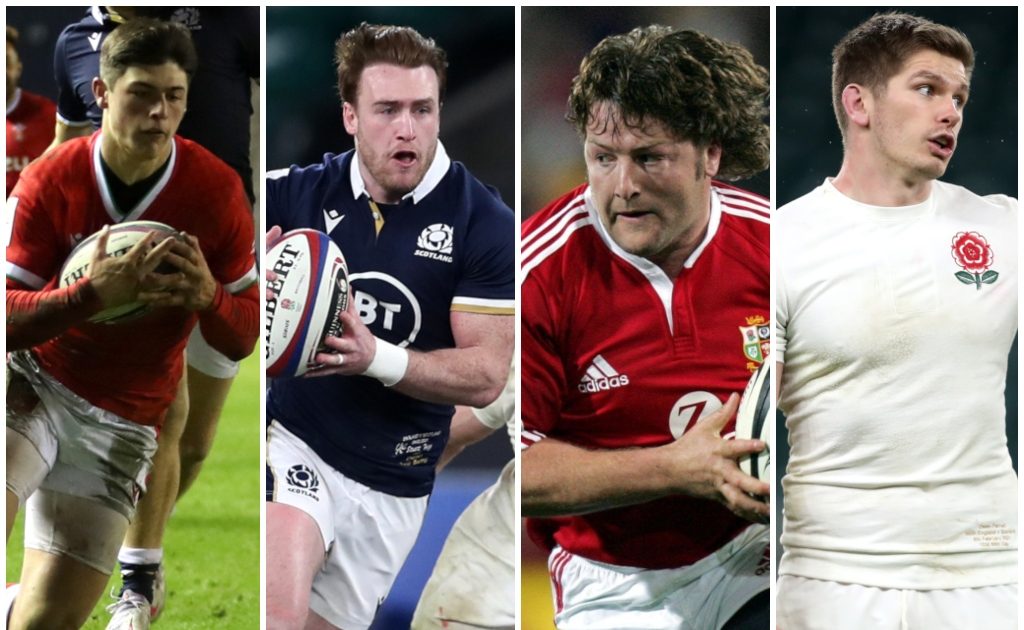 Former Ireland, Leinster and British & Irish Lion Shane Byrne is this week’s Expert Witness as he delves into the squad Warren Gatland has selected.

Byrne is no stranger to physical battles in the red shirt, having featured on the 2005 tour to New Zealand, and believes that the squad that Gatland has picked to go to South Africa has been engineered from the ground up with a focus on differentiation, power and pace.

The side is, for one, capable of meeting the Springboks head on the gain line but, in Byrne’s view, the real point of difference is that the Lions possess an ability to play as a 23-man team, using significant bench impact to gain a competitive advantage.

“Immediately when I saw the team I knew he’d picked a side capable of meeting South Africa like for like physically,” he said.

“This is a squad built to implement a power-based game plan and is hand selected without compromise to do that precise job. When you see players like Garry Ringrose and Henry Slade omitted for Bundee Aki and Chris Harris, you’ve a fair idea of the tactics. Same in the forwards, where they’ve gone for some huge, power-based lumps like Courtney Lawes and Jonny Hill over the likes of Jonny Gray, James Ryan and CJ Stander.

“Whilst as a Leinsterman, I’m disappointed to see Johnny Sexton, Hugo Keenan and Ryan not selected, they imploded in the semi-final v La Rochelle against a power side that won’t be too dissimilar in style to the Springboks – a side that fuse pace with ball in play time to dismantle top teams. I am sure that those guys lost out partly due to that performance and, by the same token, Jack Conan’s excellent showing in that match probably sealed his inclusion.

“I am well aware that social media has been awash with discussion over those left out but, when looking at the omissions, you have to do so in the context of the wider game plan that Gatland is trying to create.

“Where I do believe the Lions have an opportunity is the depth of their change-ups from the bench, based upon the versatility that Gatland has created. The best weapon in rugby is speed and if ever there’s a 23-man Test series then this will be it, and I predict that the series will be won from the pace and impact of the finishers as much as from the excellence of the starters.

“Owen Farrell becomes absolutely pivotal in this plan; I have no doubt about that, despite his questionable form last season. He’s the favoured Test 12 alongside Robbie Henshaw, who was really the standout British and Irish back in the Six Nations last season. With Farrell starting at 12, he gives you natural fly-half cover in case of injury and then allows you to try all sorts of experiments off the bench, with a 6/2 split an obvious tactic.

As consolation scores go, this is right up there!

“Assuming the back-row will be constructed of a big blindside such as Tadhg Beirne or Courtney Lawes (both also covering replacement lock), Taulupe Faletau and one of any three outstanding sevens then, with Farrell covering 10, you are able to pick an entire back-row on the bench to refresh the team for the last quarter.

“Imagine say three from Sam Simmonds, Justin Tipuric and Jack Conan, Tom Curry or Hamish Watson coming on with 20 mins to go? The pace and power in that trio is quite staggering and the idea of them coming on as a finishing unit is absolutely scary and in Test rugby terms, it’s game changing.”

“Warren has also gone out of his way to ensure that he’s picked a few nuggets of running rugby genius that will be comfortable adding rugby chaos to the game,” Byrne said.

“I’ve not seen Louis Rees-Zammit put a foot wrong yet at any level and his impact as a finisher could be series-defining. He is going to be absolutely at his best adding that running chaos off the wing or down the 13 channel, playing off the offloads, and he is absolutely suited to that impact role.

“I’ve no doubt that right now Gats is looking to start Liam Williams and Anthony Watson on the wings, as defending in two Tests at altitude is a key ingredient. Catching the spiral bombs on the Highveld is an art form – the ball arrives a second quicker and almost feels a kilo heavier in your arms than it does at sea level and I absolutely see the merit in picking two guys who are also brilliant Test match full-backs.

“In the middle of those two, everyone in the game wants to see the brilliant Stuart Hogg make an impact as a Lion after two cruelly shortened tours. Hogg is absolutely pivotal: able to make 60 metres with the boot, capable of skinning three or four defenders and above all, with Watson and Williams around him, making the Springboks think closely about kicking aimlessly to our back three.

“At half-back, whilst Dan Biggar looks like the best man to implement Gatland’s plans, the comments the coaches made about empowering Finn Russell has hit a chord with many. Finn has bolted on immense game management to his armoury, his kicking and strategic thinking have improved out of all recognition and he, like Rees-Zammit, will thrive on adding structured, pacey chaos into the Test arena.”

“There’s been a lot of press rattle about the set-piece. Many have suggested that the Lions simply don’t have the height and power in the lineout, especially considering the disparity in the relative sizes of the likely back-rows,” Byrne added.

“However, I don’t buy this at all. The Lions have boxed clever here picking players that are noted for their speed across the ground in the lineout (by that I mean their ability to dummy and move lifting pods around accurately and at pace on the ground, followed by a quick and accurate lift). Conversely, the Boks tend to use big men in static lifts to dominate space, so it’s a real dichotomy of technique versus power and to try and match them in that would be futile.

“Again, Warren has chosen a specific plan of attack here and with three brilliant hookers at his disposal, he’s aiming to be faster and more agile than the big Springboks and he’s looking to move them around the floor to allow the Lions a clean jump and take.

“In the scrum, the focus is on legality. I can fully understand that a few people are perplexed as to why Kyle Sinckler and others have been omitted, but the relative penalty counts will tell you why. As a simple example, Rory Sutherland conceded two scrum penalties throughout the entire Six Nations and his partner, Zander Fagerson (despite his red card), conceded three – 10 fewer than Kyle, who was pinged 13 times in England’s campaign.

“In the final analysis, I’m delighted with the squad; it’s one that fuses chaos with focus, one that has pace and power and one that will deliver a 23-man game at Test level.

“It doesn’t really matter any more how many Welsh, English, Irish or Scots have been picked or which of your favourites have been left out, because I can assure you, the moment they step on the plane, they become British and Irish Lions. Any other allegiance will be parked at the door and, with the team Gatland has picked, I cannot wait to see what transpires.”

We thank Shane for his time.

Shane Byrne was a set-piece specialist as a hooker in the colours of Leinster, Saracens, Ireland and the British and Irish Lions. Capped 41 times by Ireland and four times by the Lions, he scored three Test tries and is one of RTE’s main commentary team.