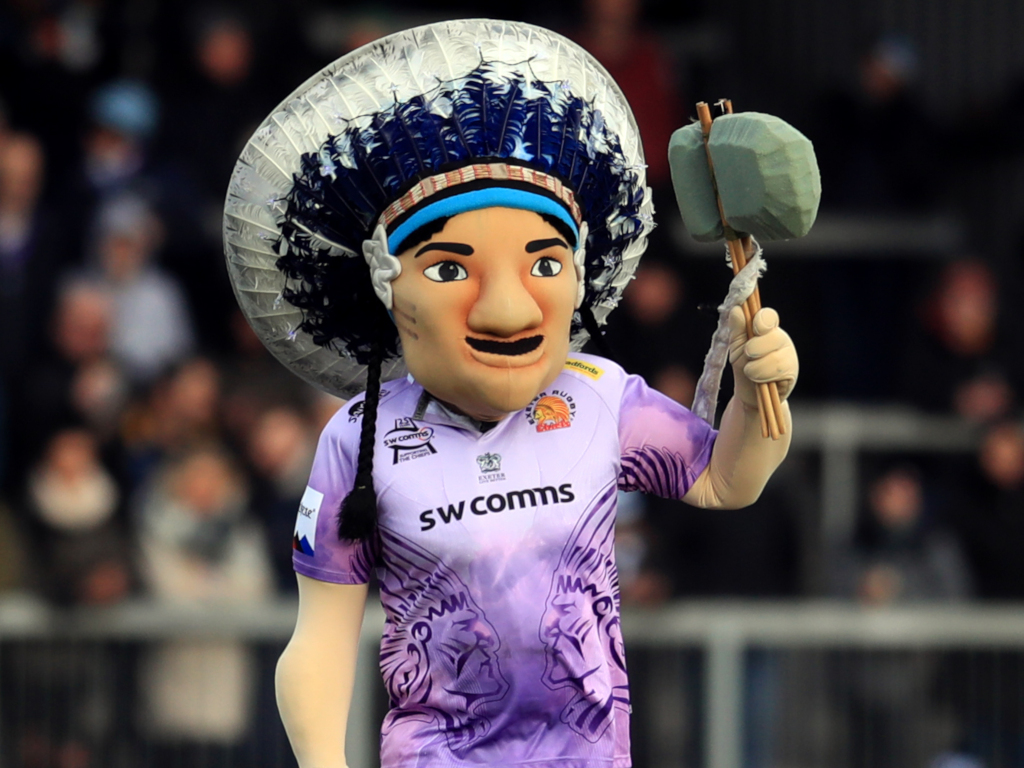 English Premiership side Exeter have announced that they will retain their Chiefs branding but will “retire” club mascot ‘Big Chief’ following a board review.

An Exeter supporters’ online petition had gathered more than 3,500 signatures, calling for an end to the club’s “harmful imagery and branding”.

Two more petitions have been launched arguing against any change, however, with club fans split over whether the Chiefs Native American imagery carries offence.

But now after a lengthy board meeting on Wednesday, Exeter have opted to retain their Chiefs moniker.

“The board took the view that the use of the Chiefs logo was in fact highly respectful,” read an Exeter statement.

“It was noted over the years we have had players and coaches from around the world with a wide range of nationalities and cultures.

“At no time have any players, coaches or their families said anything but positive comments about the branding or culture that exists at the club.

“The one aspect which the board felt could be regarded as disrespectful was the club’s mascot ‘Big Chief’ and as a mark of respect have decided to retire him.”

Please see our statement in response to the disappointing statement just released by @ExeterChiefs. pic.twitter.com/o9t0VA3zhx

Baseball’s Cleveland Indians dropped their mascot in 2018, later indicating they could also change their name.

Explaining Exeter’s review process, Chiefs bosses revealed they had sought testimony from all those offering contrasting views on the club’s branding.

Exeter insist the Chiefs nickname has its roots in the Devon area.

“The process has included looking into lengthy submissions from those who wish to see immediate change and from those who are content that the current branding is not disrespectful to indigenous groups.

“A detailed dossier of all evidence was compiled ahead of today’s meeting and was seen by all members of the board and reviewed.

“Part of the club’s review has seen the club engage with its sponsors and key partners to seek their views – and they have also listened to the response of our supporters, the wider rugby community and certain sections from the Native American community, all of whom have provided us with detailed observations in letters, emails, social content and videos.

“Content provided to the board indicated that the name Chiefs dated back into the early 1900s and had a long history with people in the Devon area.”