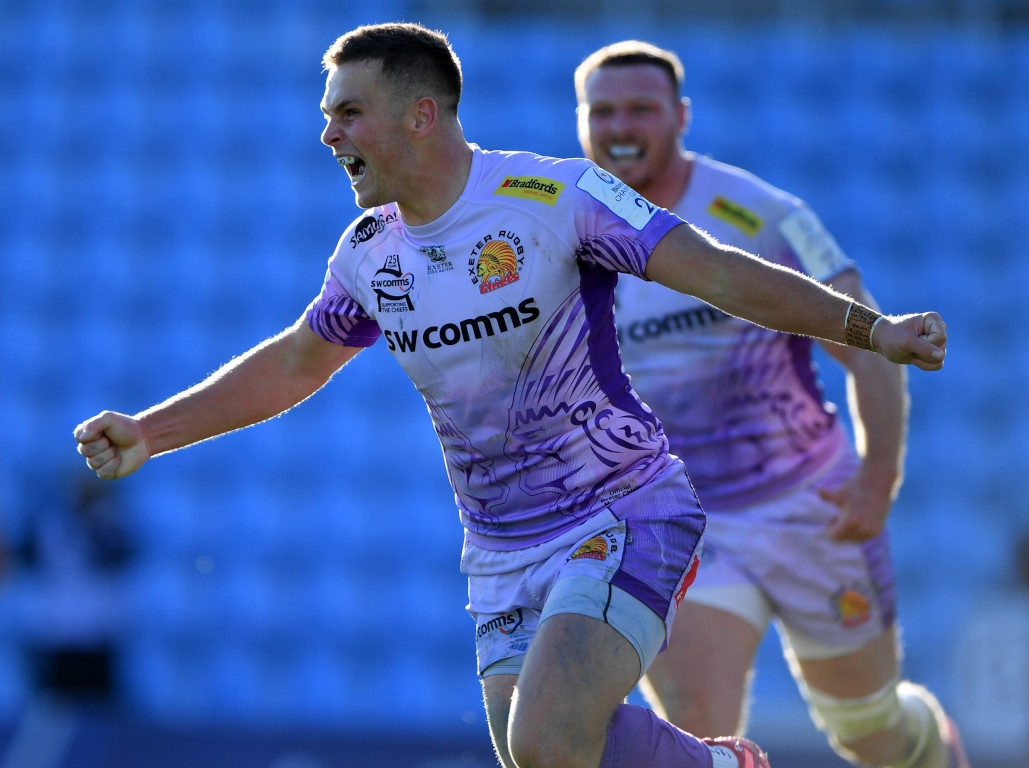 Exeter Chiefs booked their place in the Champions Cup Final for the first time in their history as they beat Toulouse 28-18 at Sandy Park on Saturday.

The Devon outfit’s victory sets up a mouth-watering final against Racing 92 on Saturday, October 17, which will take place at Ashton Gate. The Parisians beat reigning champions Saracens 19-15 earlier in the day to make it through to Europe’s showpiece game.

Fly-half Joe Simmonds, younger brother of Sam, converted all four scores, and just 10 years after Exeter were promoted to the Premiership they are one win away from being crowned kings of Europe.

The Chiefs remain firmly on course for a domestic and European double, a feat that has only been managed by three English clubs – Leicester, Wasps and Saracens.

Toulouse’s bid for a record fifth European title will have to wait, although they pushed Exeter all the way.

They led for much of the first half, with replacement lock Alban Placines scoring a try and full-back Thomas Ramos kicking two penalties, before Matthis Lebel added a consolation score that Ramos converted.

But Toulouse failed to score a point between the 36th and 76th minutes, such was Exeter’s control, built on the back of a huge pack effort and impressive discipline.

Exeter showed a solitary change from the side that beat quarter-final opponents Northampton last weekend, with Sam Skinner replacing flanker Jacques Vermeulen, while one switch for Toulouse saw a start for hooker Julien Marchand.

The visitors made a superb start, twice getting their star wing Cheslin Kolbe involved in a multi-phase attack, before Exeter infringed and Ramos kicked a fourth-minute penalty.

Ramos doubled Toulouse’s lead through a second penalty 10 minutes later, and Exeter could make little impression on the contest as their opponents dominated possession and territory.

Toulouse put together repeated threatening passages of play, ensuring a huge defensive shift by the Chiefs, and it took a fine tackle by Exeter wing Tom O’Flaherty to deny his opposite number Yoann Huget a try.

The only setback for Toulouse during a dominant opening quarter was seeing their Australia international lock Rory Arnold go off injured, although Exeter stirred when centre Ian Whitten broke clear and posed a first question to Toulouse’s defence.

Who are you tipping to lift the trophy? 🏆 pic.twitter.com/zW1nHMczDi

And the Chiefs grew on the back of Whitten’s opportunism as they went ahead through a trademark close-range score after their forwards rumbled Toulouse and Williams touched down.

Simmonds kicked the conversion, and a one-point advantage after being dominated for so long said everything about Exeter’s character and resilience.

The lead only lasted five minutes, though, as Toulouse produced further evidence of their ability to keep possession and recycle it rapidly when Placines crossed in the corner after Exeter’s defence ran out of numbers.

But the Chiefs again responded, going 14-11 in front at the break after their forwards’ collective strength and organisation allowed Sam Simmonds to claim Exeter’s second try, which his brother converted.

Toulouse had only conceded a total of 19 second-half points across seven games in this season’s Champions Cup, so Exeter still had everything to do.

They had to absorb more pressure as Toulouse went back on the front foot, but a break by Chiefs’ Scotland international full-back Stuart Hogg established momentum, and Exeter’s pack prospered.

And again it was Williams who emerged from under his fellow forwards, claiming a second try and Exeter’s third. with Simmonds’ conversion leaving Toulouse 10 points adrift.

And then Joe Simmonds put Exeter in dreamland, shredding the Toulouse defence to score a brilliant solo try that he also converted, and booking a date with Racing next month.