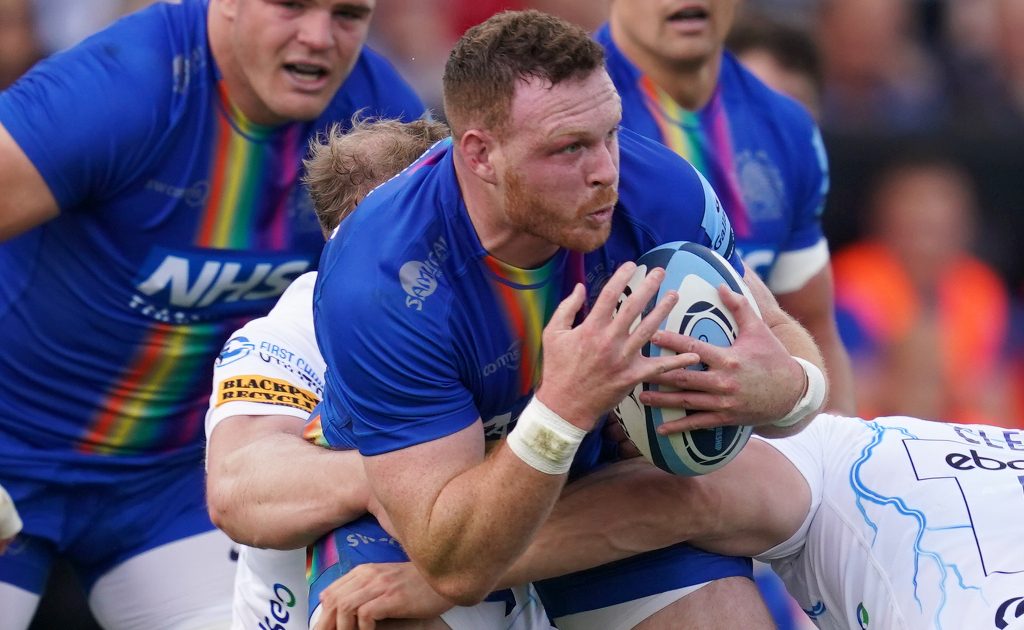 Exeter number eight Sam Simmonds is determined to turn the tables on Wasps when the teams meet in Saturday’s Premiership fixture at the Coventry Building Society Arena.

Although the 26-year-old enjoyed a stellar 2020/21 season, in which he set a new Premiership single-season try-scoring record and was rewarded with a call-up to the British and Irish Lions squad for their tour to South Africa, he has not forgotten Exeter’s 34-5 loss to Wasps in the corresponding fixture at the same venue in January.

Ready to bounce back

“We didn’t play well up their last season and we need to go and right some wrongs.

“It will be tough, it always is, but that’s kind of what you expect every week at this level.”

Simmonds will be closely marked by Wasps’ defence in this weekend’s match as he has continued with his fine try-scoring form in the Premiership.

On Saturday, he made his first appearance for the Chiefs since the Lions tour and was rewarded with a brace of tries during a 70-minute spell in a 42-5 victory over Worcester Warriors at Sandy Park.