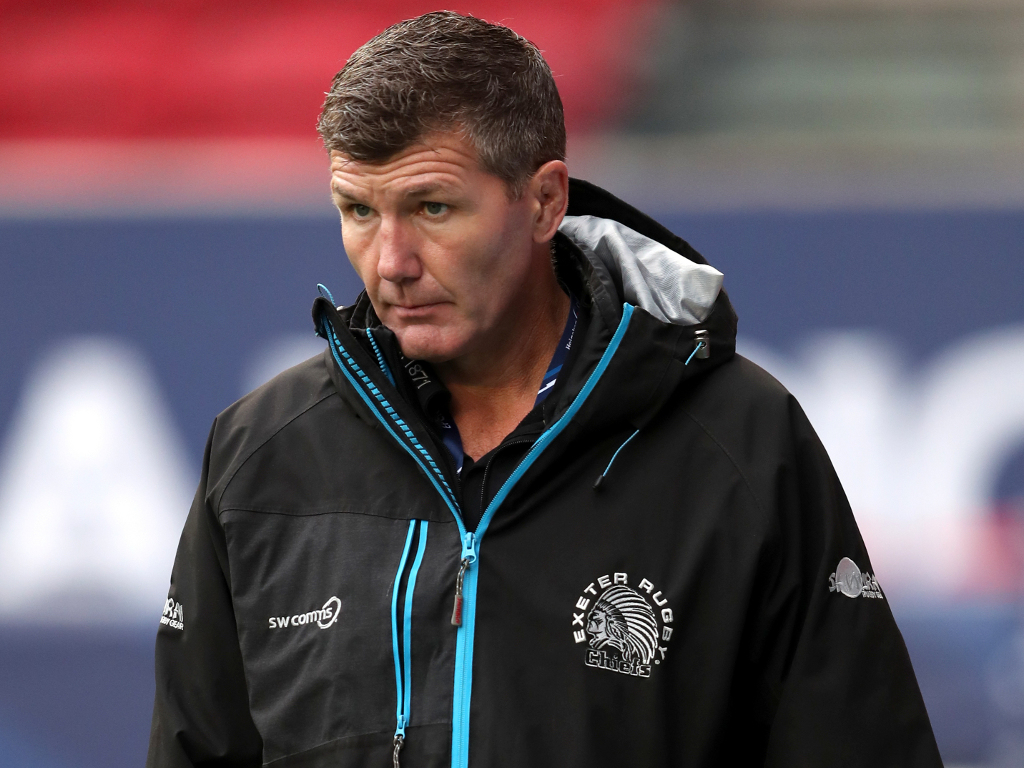 Exeter will field a strong side for their Boxing Day showdown with Gloucester after undertaking additional rounds of coronavirus testing that have enabled them to get on top of the outbreak at Sandy Park.

The Chiefs’ defence of their Champions Cup crown was rocked when they returned a double-digit number of positives ahead of last weekend’s clash with Toulouse, forcing the game to be cancelled and the imposition of a 28-0 defeat for forfeiting.

Stopped the outbreak from spreading

But by completing another two rounds of testing and self-isolating as required, they have been able to stop the outbreak from spreading ahead of their return to Premiership action.

“We will have a pretty strong squad to pick from based on players who have completed their isolation and guys who have now tested negative three times in a row,” director of rugby Rob Baxter said.

“And we’ll have a further test (on Thursday) morning to confirm… so we’re actually doubling up all our testing beyond that required by Premiership Rugby.

“That has enabled us to get on top of this scenario very quickly and we are fully expecting zero positives (on Thursday).

“Anyone who plays against Gloucester will have passed tests on Monday and Thursday. We did this last week and it’s really helped us make sure our isolation has worked and addressed any issue we’ve got.”

Upon learning of the positive tests last week, Sandy Park underwent deep cleaning and was closed down as players isolated and completed the additional testing.

Baxter has been unable to identify exactly how the outbreak began, although one possible scenario has emerged.

“We spent a long time looking at how it potentially got into the camp,” he said.

“Really, the only explanation we can find is one or two players earlier in the week running into the Glasgow game potentially may have been symptomatic without knowing about it. We don’t really know.

“Of course there’s the outside chance that it was picked up over the weekend of the Glasgow game.

“It’s an impossible scenario to get on top of because of the large asymptomatic nature of it among young rugby players.

“The concern when something like this happens is that we don’t spread it beyond our bubble and that we make sure we contain amongst our group and don’t let it become an issue to people who are more vulnerable.

“We’ve very fortunate in the sport in that the majority of us are still relatively young. Even myself, I’m the oldest member of the coaching staff and I’m not yet 50.”

🔢 It's time to enjoy Planet Rugby's Year in Numbers! 👇 https://t.co/vwQifQIWfq

With only two group games left, Exeter face an uphill task to qualify for the knockout stage of the Champions Cup having forfeited the Toulouse game, but they are flying in the Premiership.

Three rounds into their title defence, the double winners have claimed maximum points and Baxter believes they may actually benefit from the coronavirus-enforced break that has has disrupted the build up to Saturday’s Gloucester showdown.

“It’s been a challenge but these challenges have happened all through in the last 12 months with midweek games when we have had limited training,” added Baxter.

“I use the example of Harry Williams who has come back to us from England camp and played two or three games for us having had only one day’s training. International players do it all the time.

“We had a week off from rugby so there’s an element that we should be fresh, the guys have had a break in what has been a condensed period over the last six months, so there are not always negatives.”