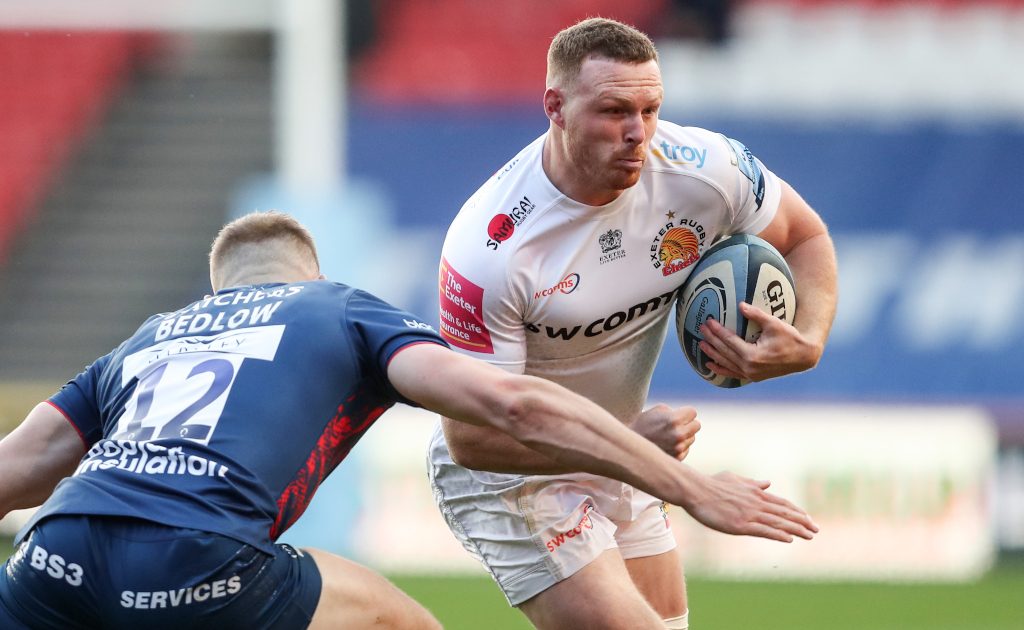 Sam Simmonds has completed a unique double, becoming the first player to ever win two Premiership Player of the Month awards in one season.

The Exeter number eight was the clear winner of the May award after breaking the record for tries in a Premiership season while scoring a hat-trick against London Irish.

Monye said: “It feels right for Sam to win Player of the Month in the month where he smashed the record for the number of tries scored in a single season. In the match against London Irish, history was made.

“His form has been sublime, that goes without saying. He’s been great in lots of different ways too. Not only has his output and numbers in attack and defence been great, but he’s also been selected for the British and Irish Lions.”

Simmonds’ Exeter Chiefs also hit a hot run of form in May, beating Worcester Warriors, London Irish and Newcastle Falcons as they cemented their place in the Premiership top four, booking a spot in the semi-finals.

Monye added: “The Chiefs have been going well and Sam’s been a massive part of that. I think, this season, one of his motivations was not being included in the England squad and Rob Baxter and Exeter Chiefs have spoken about how they’re trying to bring the best out of their players.

“With Sam, it’s almost become a self-fulfilling prophecy. The more you score, the more confident you get, and the more the team look to get the ball in your hands because you’re scoring tries.

“The way Exeter play, it’s very much a team effort – Sam Simmonds doesn’t score those tries without the work of Dave Ewers or Jacques Vermeulen. But what’s also important to remember is that he doesn’t just score tries from five meters out either. I remember the opening night of the season where he scored one from the halfway line running around Nathan Earle and Danny Care, who are no slouches.

“To break that record is an extraordinary achievement. Firstly because of the number and secondly because of the position he plays. When you look at the list of try scorers that are occupied by former or current Premiership players you traditionally expect to see them in the backs.

“I guess Sam’s success is an illustration of how far the game has moved on and how the Chiefs have provided him with a platform to get the very best out of him, their team and their other players.

“Every single season we have a golden boot winner but we don’t have someone smashing the record for the number of tries scored in a singular season and that’s the most outstanding part of the achievement for me.”