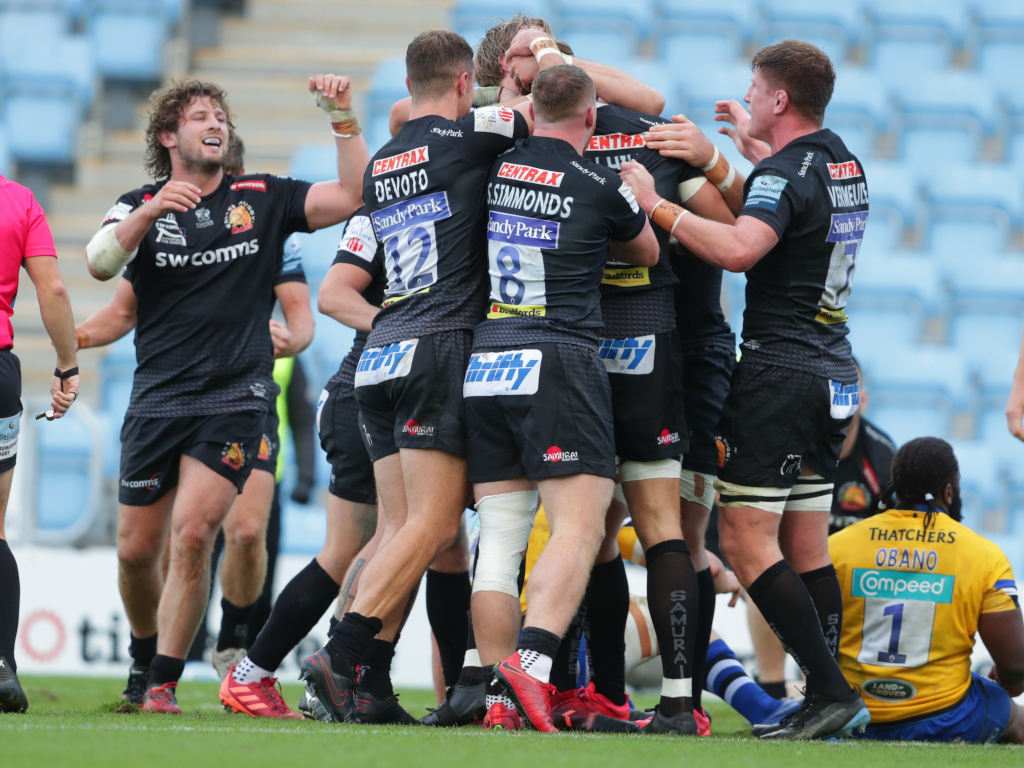 Exeter edged closer to the double by cutting loose in the second half at Sandy Park to crush Bath 35-6 and set-up a Premiership final against Wasps.

The Chiefs’ ruthless efficiency was fully visible as they overwhelmed their west country rivals 5-0 on the try count to advance to the Twickenham showpiece for the fifth time in succession.

Tries for Jonny Hill and Luke Cowan-Dickie rewarded the 2017 champions on their only two visits to the opposition 22 inside the first half-hour and once Bath’s post-interval assault ran out of steam, all energy drained from their game.

Stuart Hogg crossed in the left corner in the 51st minute to kill off the contest and even in a win built on forward might, the brilliant Scotland full-back shone in perfect conditions and was narrowly eclipsed by fly-half Joe Simmonds for man of the match.

Hill finished with two tries and his industry typified the Chiefs’ hard-nosed approach to victory that was often ugly, but also unstoppably successful to maintain their 100 per cent record in Premiership semi-finals.

Next stop on their quest for a European and domestic double is Saturday’s Champions Cup final against Racing 92, followed by a showdown with Wasps they will be heavy favourites to win.

Their ability to soak up endless pressure and then strike was evident early on when they were almost breached in the left corner, yet went on to score as soon as Bath’s best efforts had been repelled.

It took multiple attempts to get over the whitewash as the forwards staged drive after drive from close range, but the try was coming and was eventually delivered by Hill.

Hogg showed his pace to almost elude the defence as the Chiefs backs switched on the afterburners at a scrum and the move laid the platform for the pack to launch another sustained assault that ended when Cowan-Dickie squeezed over.

Wales number eight Taulupe Faletau marauded into space as Bath attacked down the centre of the pitch, but his pass was picked off by Hogg who did not quite have the pace to out-run Anthony Watson in a sprint for the line.

Hill went to the sin-bin for a shoulder charge on Faletau and while Exeter had to dig deep on their line as a result, their tackling was rock solid.

Black shirts continued to swarm over Bath as the second half opened with another sustained assault by the underdogs, but yet again they failed to make any meaningful impact and once they had run out of steam, the Chiefs struck again.

It was the most expansive of their three tries, a long line-out throw straight to Ollie Devoto launching a move continued by Sam and Joe Simmonds and finished by Hogg in the left corner.

There was no way back for Bath now and when Hill reached out to touch down for his second in the 63rd minute after Exeter upped the tempo in an attack launched by Dave Ewers, it was over.

Devoto delivered the final blow, but Bath’s body language showed they had been beaten long ago.