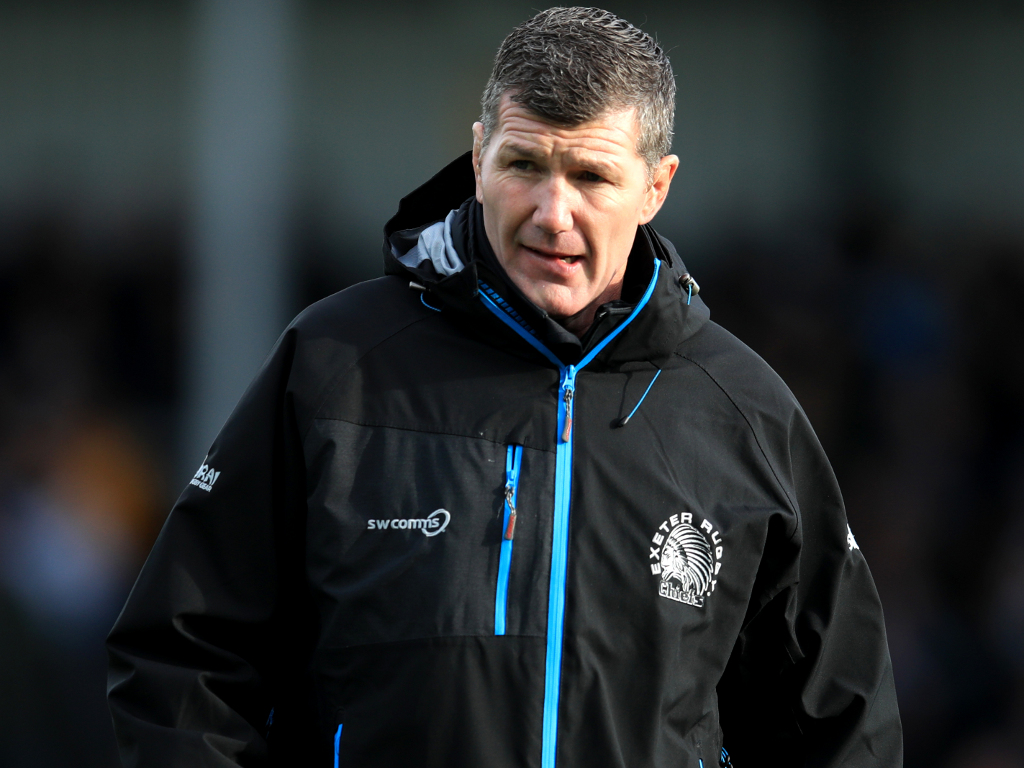 Riding high at the top of the table with 45 points and nine wins from 13 games is a position that Exeter Chiefs fans have come to expect. Their form both at home and on the road has been compelling and a feature of their campaign has been the ability to press on the accelerator once in front, with some cricket scores posted against co high-flyers, Saints and Bath.

Exeter’s style is one based upon retention and accuracy in waves of phase play. A particularly patient team, they’ll back themselves all day long to retain the ball through structured attack, with big forwards and fast backs both capable of handling the ball with care and intellect.

A simple study of the Premiership stats show that Exeter’s teamwork far outweighs individualism; in short, tries, carries, points and metres gains are their currency over and above individual breaks, with try scoring from one to fifteen a particular feature of their game.

This is a club with a vision of playing style, harmony of environment and a desire to win. Under-rate them at your peril – they are a class act.

A brief look at the turnover of players during lockdown suggest at worst, a status quo, at best a marginal gain. The only worry is skilled Wallaby scrum-half Nic White’s departure as Exeter often look far less effective when the electric Aussie is missing.

However, the fiery Scottish half-back Sam Hidalgo-Clyne has a real point to prove to his national team’s coach, Gregor Townsend, whilst Corey Baldwin and Facundo Cordero will offer blistering pace to aid the Chiefs’ attacking ambition.

With nine players leaving, the biggest shoes to fill is those of the consummately skilled White, who has been seen by many to be the turbo charger on Exeter’s engine of continuity. Few Chiefs have grown at the club quite as well as England discard Matt Kvesic who returns up the M5 to Worcester Warriors and he’ll be missed by fans and fellow players alike.

Exeter were just getting to peak performance levels before lockdown, with their depth of squad allowing them to prosper during the international windows. Whilst suffering a loss in a thrilling game against Quins at the Stoop, three thunderous performances bookended that result, culminating in a 57-20 thrashing of Bath at Sandy Park. With four home games left out of nine, the road trip holds no fears for Exeter and we absolutely expect them to occupy one of the top two berths when the final reckoning of the Premiership takes place.

Gray has a lot to prove and with Rob Baxter’s ability to get the best out of his players, the Scot might yet still see a Lions shirt in South Africa next year, whilst his fellow countryman scrum-half Hidalgo-Clyne also wanting to rekindle his international profile. The talent is there, and Exeter’s style tends to bring out the best in players, breeding consistent, high intensity performers. Elsewhere, Hinkley is one of the most highly-rated young English openside flankers around, blessed with electric pace and serious physicality, and he’s sure to be a feature of the gifted Chiefs back-row.

With their arch-rivals Saracens punished and effectively in rugby jail, this season is there for Exeter’s taking and it’s a mark of their excellence that English rugby simply expects them to win the Premiership this season. Anything else will be seen as abject failure by both supporters, players and management. But this is a club built upon teamship, enjoyment and vision. Their style, playing resources and excellence in management is a benchmark for all to emulate. Expect them to be lifting the silverware when this long and arduous season finally concludes.