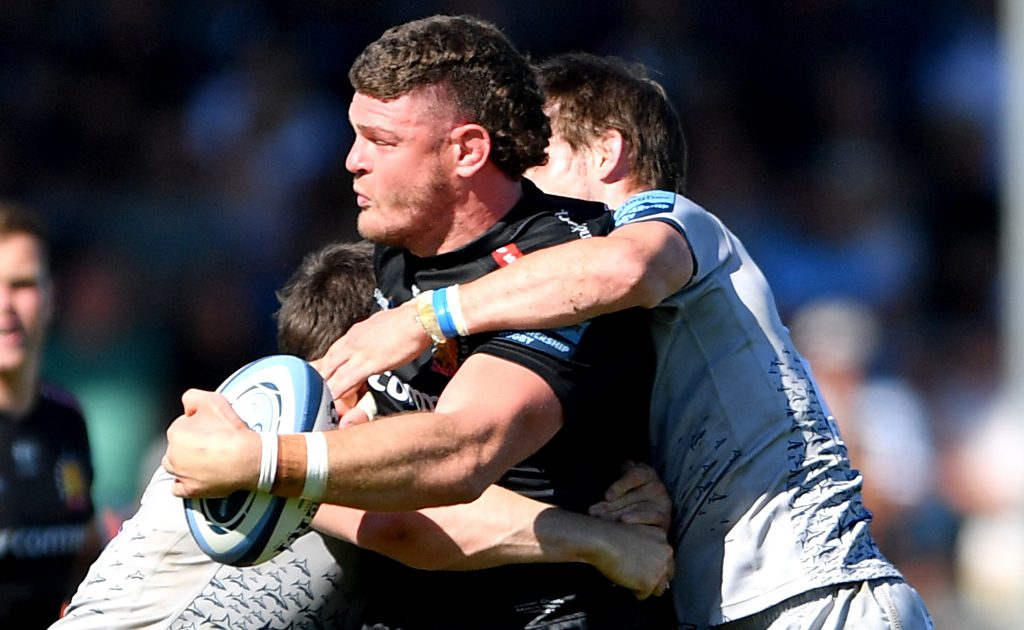 Exeter Chiefs have been handed a double blow ahead of Saturday’s Premiership semi-final against Sale Sharks after key forwards Dave Ewers and Sam Skinner were last night handed four-week suspensions by an RFU disciplinary panel.

Scottish international Skinner was sent off by referee Karl Dickson in the 53rd minute of last Saturday’s Round 22 clash against the Sharks for dangerous tackling, contrary to World Rugby Law 9.13.

Ewers, meanwhile, was cited by independent citing commissioner Paul Hull, following the same match. This was for a dangerous tackle on Sale’s Simon Hammersley contrary to World Rugby Law 9.13. The incident took place in the 33rd minute of the match.

Both players contested the charges against them, but they were upheld by the independent disciplinary panel comprising Jeremy Summers (chair) with Mitch Read and Olly Kohn who gave each player a four-week suspension.

The independent panel statement read: “Both cases involved direct contact with an opponent’s head that carried a high degree of danger.

“None of the mitigating factors set out in the World Rugby Head Contact Process which would have justified the red card otherwise being reduced to a yellow card were present. Neither player accepted the charge and so full mitigation credit was not available to them.”