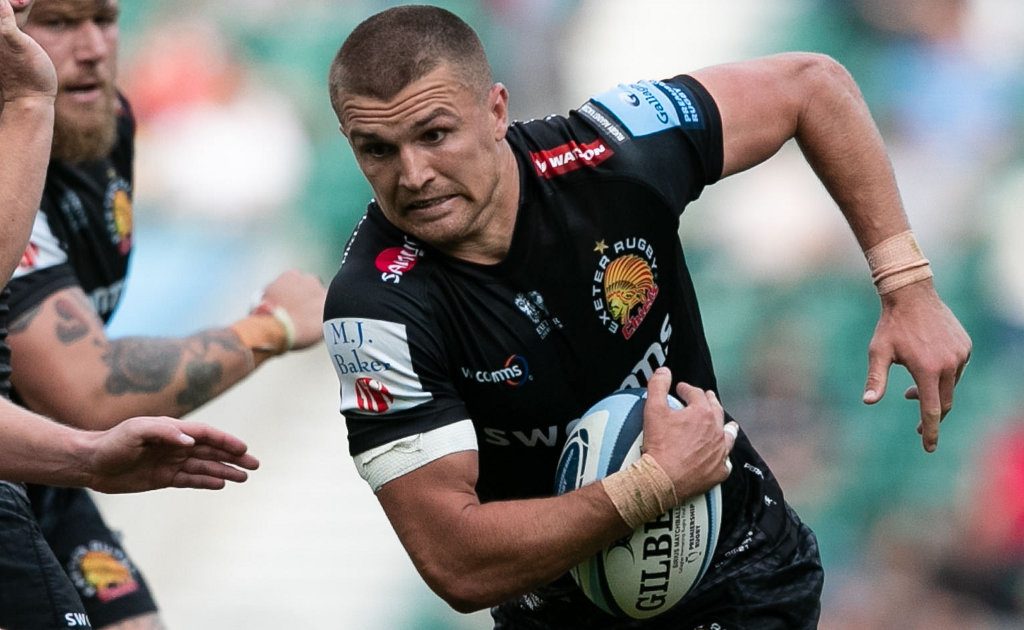 Exeter Chiefs centre Henry Slade has revealed that they have gone back to basics after admitting complacency contributed to their downfall in the 2020/21 Premiership final.

The 2019/20 champions were strong favourites to lift their third league title at Twickenham, in June, only for Harlequins to once again defy expectations during an exhilarating season to seal a deserved 40-28 victory.

Defeat in final prompted a rethink

The Chiefs have appeared in the last six Premiership finals but 2017 and 2020 are their only successes and Slade admitted that the most recent defeat has prompted a rethink.

“It was frustrating and it still is, but we had a good summer and have used the feeling we had. We had a reset down at Chiefs and are looking forward to going one better this year.

“We have just gone back to what we pride ourselves on – expecting high standards of each other, working hard and getting back to the basics that you have to nail down.

“Maybe there was a sense of complacency. We have reached the last however many finals, but every time you get there, it’s against a bloody good team.”

To help them prepare for a season when the title will be even more ferociously contested due to Saracens’ return to the top flight, Exeter have enlisted the help of the Royal Marines.

Rob Baxter’s 2020 double winners have spent time at The Commando Training Centre in Lympstone this summer to take them out of their comfort zone.

“We have had some swimming sessions at the marine base. We’ve been passing around rifles and trying to keep them above water, things like that,” Slade said.

“It’s a proper deep pool – four or five metres deep – and they give us rifles and we have to tread water and keep the rifles above water.

“Then they will chuck one to the bottom and you have to go and pick that up and carry on – it is pretty tough.

“You have to keep it above water for a few minutes. It’s not ideal, especially when some people in the group aren’t good swimmers.

“Those boys in the marines are tough. We don’t even do the things they do fully, so I can’t imagine how hard their training is.”

Meanwhile, despite spending last season in the Championship, Saracens have been installed as favourites to win the 2021/22 Premiership title.

After serving their time for repeatedly breaching the salary cap regulations, Sarries, who were last crowned Premiership champions during the 2018/19 season, are back in the top flight after making light work of the second tier of English rugby.

Ealing Trailfinders, their closest rivals in the Championship, were beaten with ease in the two-leg play-off final and bookmakers fully expect Saracens become the Premiership’s leading team as well this season.