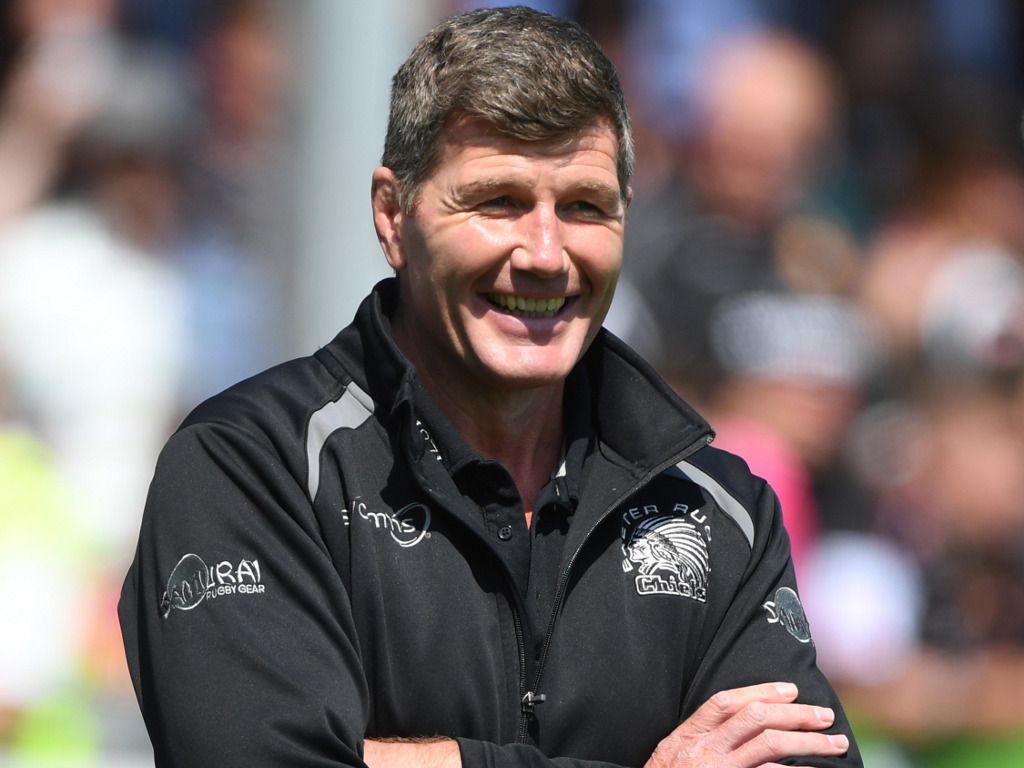 Exeter’s first win in their last three league games moved them up to second in the table, five points behind leaders Bristol.

After cruising 14-points clear in as many minutes, the Chiefs seemed set for a comfortable day at the office, but 11th-placed Worcester ultimately pushed them all the way.

Getting back on track

“The important thing for me is making sure we can get back on track when things aren’t perfect,” Exeter director of rugby Baxter said.

“There is a bit of pressure that comes, if you let it, from last season, and we are still in the process of moving on.

“I don’t mind us grinding through some tough victories. That’s what we became renowned for and used to get us in the top four (of the Premiership) when we first got there.

“You can’t just blow a team away, you’ve got to lock down and graft.

“This was a game of Premiership rugby today. Worcester weren’t going to fall over, and we had to stand up and fight to win the game.”

Successive league defeats against Wasps and Bristol meant that Exeter were searching for a first Premiership victory since Boxing Day.

But although the Chiefs achieved that aim, large parts of their performance proved unconvincing in between tries by lock Jonny Gray, centre Ian Whitten and his midfield partner Ollie Devoto, while fly-half Joe Simmonds kicked three conversions.

Ian Whitten extends our lead over @WorcsWarriors in yesterday's @PremRugby clash at Sixways.

Worcester looked as though they might be on the receiving end of a heavy defeat, given Exeter’s ferocious opening, yet they dominated for long periods before having to be content with a losing bonus point.

Warriors head coach Jonathan Thomas said: “It was close. We’ve had two weeks to build up to this game, and we felt there was a real opportunity for us.

“We’ve redefined a little bit what we want to be as a club, and we talked about the ability – in what is a difficult time for everybody – to inspire our community and supporters through trying to topple the champions.

“We believed we could do it. It was not through a lack of work-rate, effort or intent, but discipline in the first 15 minutes cost us. Exeter are a team that feed off the opposition’s penalties.

“I am really pleased to how we responded to that adversity, and how we came back into the game.”