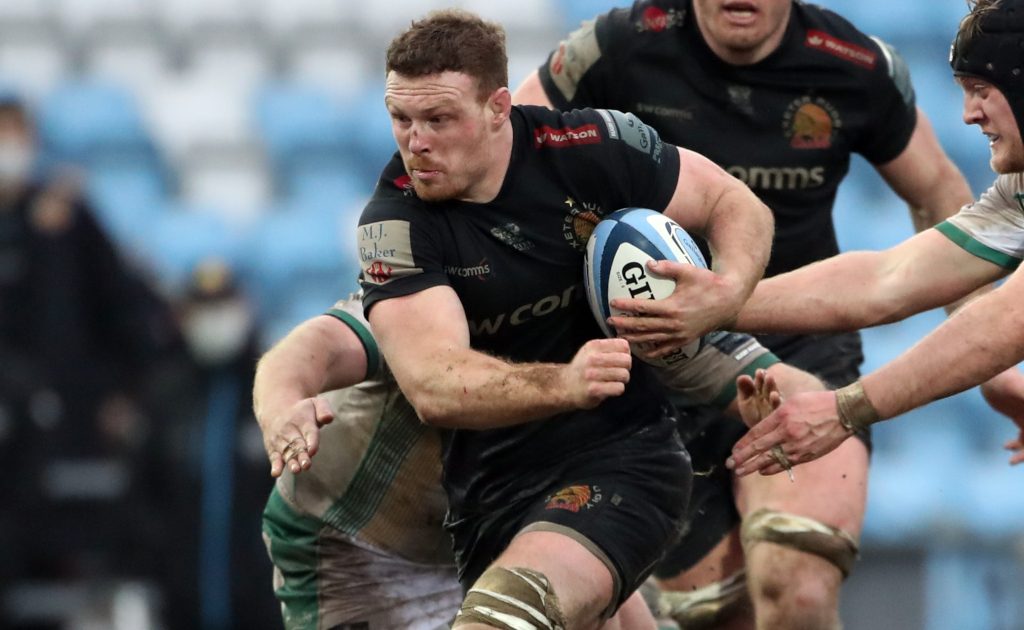 Exeter Chiefs director of rugby Rob Baxter believes Sam Simmonds’ excellent form can claim a place in the British and Irish Lions squad for their upcoming series against South Africa.

The number eight has been superb for Exeter scoring 14 tries in 13 games in all competitions this season. He is also the Premiership’s leading try-scorer with 13 so far this season – seven more than his closest rivals, Harlequins number eight Alex Dombrandt and Bristol Bears winger Siva Naulago.

Simmonds was in fine form during Exeter’s 38-16 triumph over Bath at the Recreation Ground last week and crossed for a try with British and Irish Lions head coach Warren Gatland watching from the stands.

“He’s watching those games for a reason,” he told Devon Live.

Simmonds last played for England in March 2018 and there has been calls from fans and top pundits for him to be recalled to the national team.

He has been the standout number eight in the country and played a leading role in Exeter’s triumphant 2019/20 Premiership and Champions Cup campaign, and his fine form was rewarded when he was named the European Player of the Year.

“At the moment Sam’s not in favour with England,” said Baxter. “It must be obvious that he doesn’t fit into the Eddie Jones’ blueprint at this stage, which is fine, that’s how things work.

“But that doesn’t mean he doesn’t fit into the Warren Gatland blueprint.

“There’s a perception that if you’re the best player in your position then you’re bound to play for your country; it doesn’t always work like that and I think some successful Lions tours in the past have shown that.

There are still doubts over the future of the 2021 Lions tour against the Springboks due to the ongoing Covid-19 pandemic.

It looks increasingly likely that matches will be played in the United Kingdom and Ireland rather than in South Africa with the hope spectators can be back in stadiums by June.