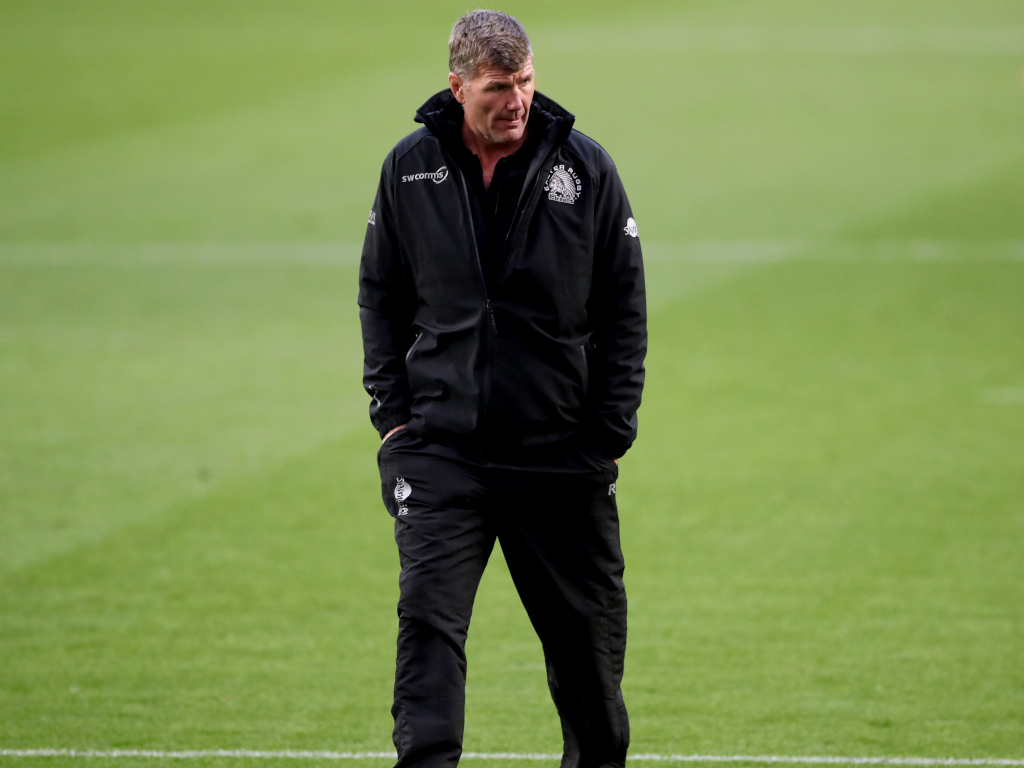 Exeter director of rugby Rob Baxter accepts the two-week break implemented by Premiership Rugby knowing an adjustment to the format of European competition is likely.

Baxter, along with his counterparts Pat Lam of Bristol and Wasps’ Lee Blackett, had called for league games to be brought forward to fill the spare weekends created by the withdrawal of the Top 14 clubs from cross-border competition.

PRL instead ordered two weeks of inactivity on welfare grounds while EPCR, which runs the Champions and Challenge Cups, decides how to proceed in the wake of losing the final two rounds of group matches.

The most likely option for the four available weekends is to abandon the pool phase and advance straight to knockout games, starting with a round of 16 that would offer Exeter a lifeline. A decision is expected within the next fortnight.

The Chiefs were due to continue their title defence against Toulouse on Saturday having forfeited the away fixture because of an outbreak of coronavirus, but will now have the weekend off.

“We were thinking we have a big game against Toulouse, but the reality is we’ve known for a few days it’s unlikely to happen,” Baxter said.

“Now we just have to adjust ourselves and get ready for maximising this two-week break and get ourselves refreshed and excited to get back into the Premiership in a couple of weeks.

“Myself and Pat Lam both wanted to play in Europe and we were probably concerned that if Premiership games weren’t moved, in theory creating some space, there’s a risk the Champions Cup would have to be squeezed.

“Or there would be the pressure of midweek fixtures being put into place like we had at the tail end of last season.

“Now that the picture is clearing a bit and there doesn’t seem to be any drive to compress any fixtures and the Champions Cup will be formatted around the four weekends available, that changes things a little bit and eases those frustrations of trying to create space.

“For me it was all about how are we going to create space without doubling up games during the week. It seems now that no one is expecting that to happen.

“For us in particular, with the amount of rugby we’ve played in such a short period with only a two-week break between seasons, we’ve now got three weeks to prepare for Worcester, which is twice as long as our pre-season preparation for this season.

“This break has doubled our pre-season and we’re going to make the most of it.”

Exeter fly-half and captain Joe Simmonds sustained an ankle injury against Bristol, but the prognosis is a short-term recovery that could see him return early next month.