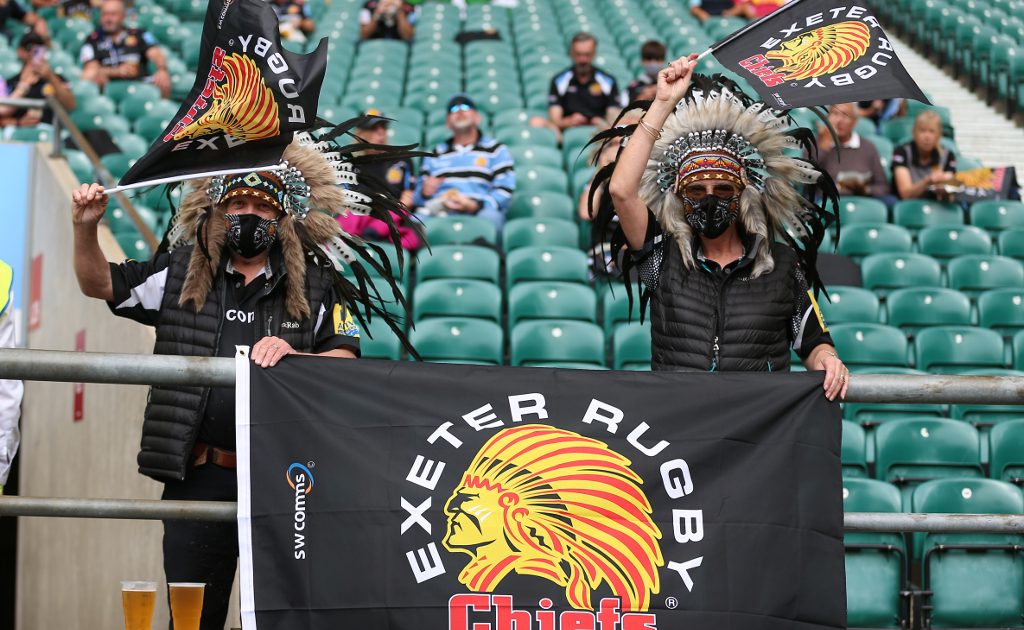 Exeter Chiefs have revealed that their board of directors are set to meet “within the next few weeks” to make a decision on the club’s branding.

The Premiership and European champions in 2020 are under great pressure to scrap its Native American branding.

Earlier this year, Exeter decided to retain its Chiefs branding, but opted to “retire” club mascot ‘Big Chief’ following a board review.

An Exeter supporters’ online petition had gathered more than 3,500 signatures, calling for an end to what has been described as the club’s “harmful imagery and branding”.

Two more petitions were launched arguing against any change, however, with club fans split over whether the Chiefs’ Native American imagery carries offence.

Exeter members discussed the situation at the club’s annual general meeting on Wednesday, although it is understood that no vote was taken.

In a statement, Exeter said: “After consulting and listening in depth to the membership of Exeter Rugby Club at Wednesday’s annual general meeting, the board of directors will now go away and further consult with its stakeholders, partners and professional advisors to decide what the club will do next in terms of the club’s branding.

“The board will be meeting within the next few weeks to come to a decision. At this time, the club will be making no further comment.”