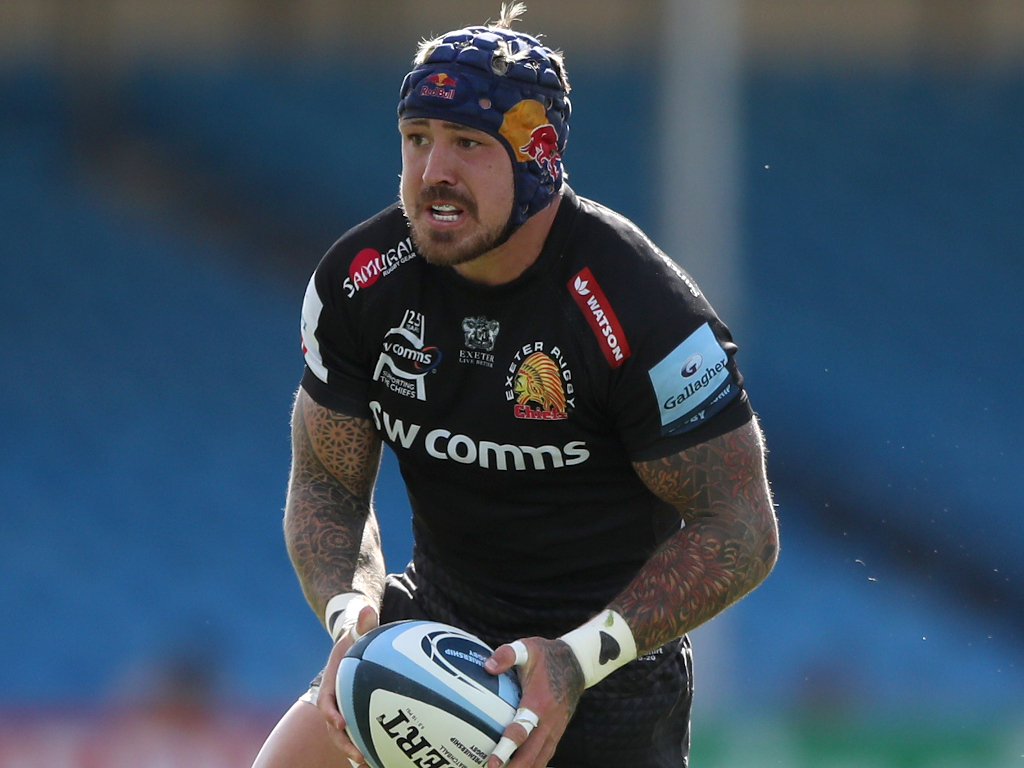 England must complete their autumn campaign without Jack Nowell after the Exeter wing played through ruptured toe ligaments to help the Chiefs claim their first double.

Nowell’s name will be missing when Eddie Jones on Monday morning announces his squad for the final 2020 Six Nations match against Italy and the four-Test Autumn Nations Cup.

England will be reinforced by players from Exeter and Wasps in the wake of Saturday’s hard-fought Premiership final at Twickenham with Jones set to pick back-rower Jack Willis in the group of around 32 players.

Jones must find a replacement for Nowell with the 27-year-old due to undergo surgery this week once Exeter’s double celebrations eventually subside after he prioritised the biggest week in his club’s history over international duty.

Intense rehabilitation enabled him to take part in the Champions Cup and Premiership finals after suffering the damage in the final 10 minutes of the European semi-final against Toulouse a month ago.

“I’ve ruptured all the ligaments around my toe, which is not ideal,” Nowell said after Wasps were dispatched 19-13 at Twickenham.

“I’ve been strapped up for the last two weeks and have had to dig deep a little bit. Our physios and doctors have got me in a position where I can be on the field and unfortunately I’m going to have to get it fixed next week.

“After speaking to the surgeon, I might be out for a little while. After I’ve sobered up in the next couple of days I will catch up with him about the ins and outs.

“I’m not going to lie, it’s been horrendous. It’s my big toe, so any drive off that has been very, very sore.

“The way I’ve seen it is that I would have never forgiven myself if I didn’t give these two games a go.”

Five of Exeter’s newly-crowned Premiership champions are expected to arrive into England’s camp in Teddington in advance of the trip to Rome, where the title will be on the line.

Also present should be Willis, the uncapped 23-year-old who was magnificent in defeat against Exeter and gets his chance to shine on the international stage after establishing himself as the Premiership’s foremost turnover specialist.

Willis was due to tour South Africa in 2018 but was forced to withdraw from Jones’ squad with a knee injury before his development was further hindered by an ankle problem.

Now restored to full health, the uncapped flanker has been dominating breakdowns this season while also producing strong carrying and defensive shifts.

Lock Joe Launchbury and scrum-half Dan Robson are additional probable Wasps call-ups as England plan for their first game since March in the wake of the Barbarians fixture being cancelled for coronavirus breaches.