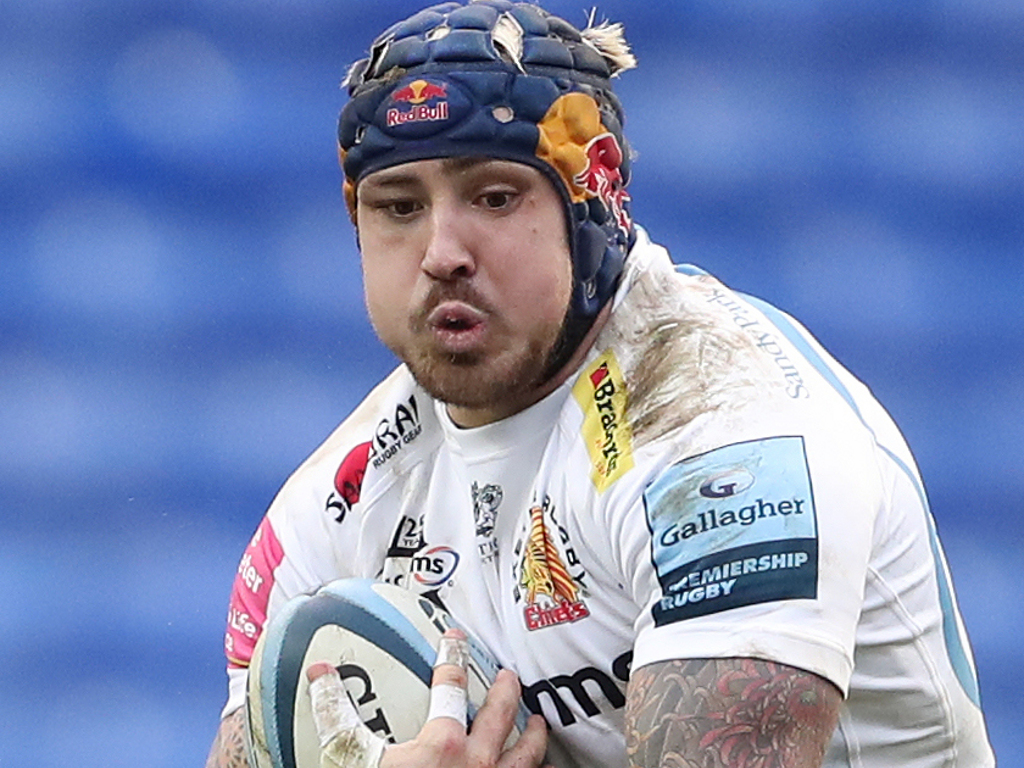 Jack Nowell is winning his fitness battle in time for the final stage of Exeter Chiefs’ bid to be crowned European and English champions.

A foot injury sustained against Toulouse on September 26 ruled Nowell out of last weekend’s demolition of Bath in the Premiership play-off but the tackle-busting Lions wing has resumed training.

Exeter face Racing 92 in the Champions Cup final at Ashton Gate on Saturday before colliding with Wasps in the climax to the domestic season at Twickenham a week later.

Nowell has a frustrating injury record, but the 27-year-old has a history of delivering stellar performances even when returning from a spell in the treatment room, forcing director of rugby Rob Baxter to consider various criteria if he is to thrust him straight back into action.

“We are selecting from a full strength side. Jack Nowell trained yesterday (Tuesday) and is in contention,” said Baxter.

“We look at all of it and take a long time on selection. We’ll look at how Jack played before that foot injury late on against Toulouse, how he played against Northampton when he scored a fantastic try, how he has played in other big games for us.

“I don’t think I have seen a winger play a better game in the Premiership final than Jack Nowell did last season. You look at that and you know what he’s capable of.

“We have to watch him train and assess it carefully to make sure he’s at the level to perform like that, but we also have to take into account performances of Tom O’Flaherty and Olly Woodburn.

“We’ve just got make sure we come up with the honest and best decision.”

Exeter suffered a succession of serious cramps against Bath, including to fly-half Joe Simmonds and centre Henry Slade, but all have been given the green light to face Racing.

🗣️ "Not since the mid 90s when Dallaglio and Hill arrived in successive seasons, has England seen a loose forward of this man’s quality, intellect and pace." @jameswhile's 5⃣ takeways from the #GallagherPrem semi-finals. 👇https://t.co/E6wsaz3TsC

The Chiefs returned no positive results from the latest round of testing for coronavirus with Racing’s results expected later on Wednesday.

Nine of the Parisians’ personnel were confirmed to have Covid-19 two weeks ago, but they have since played Toulouse in the Top 14, losing 30-24 at home.

If they do produce any fresh positives, a Champions Cup medical assessment panel will meet at 10am on Thursday to determine if the match can be played safely.

“We are aware that they had a large number of Covid tests. We haven’t got any. The reality is that the meeting will only go ahead if Racing don’t have any further issues,” Baxter said.

“I imagine they’ve moved into a pretty good training base and are having a standard training week.”