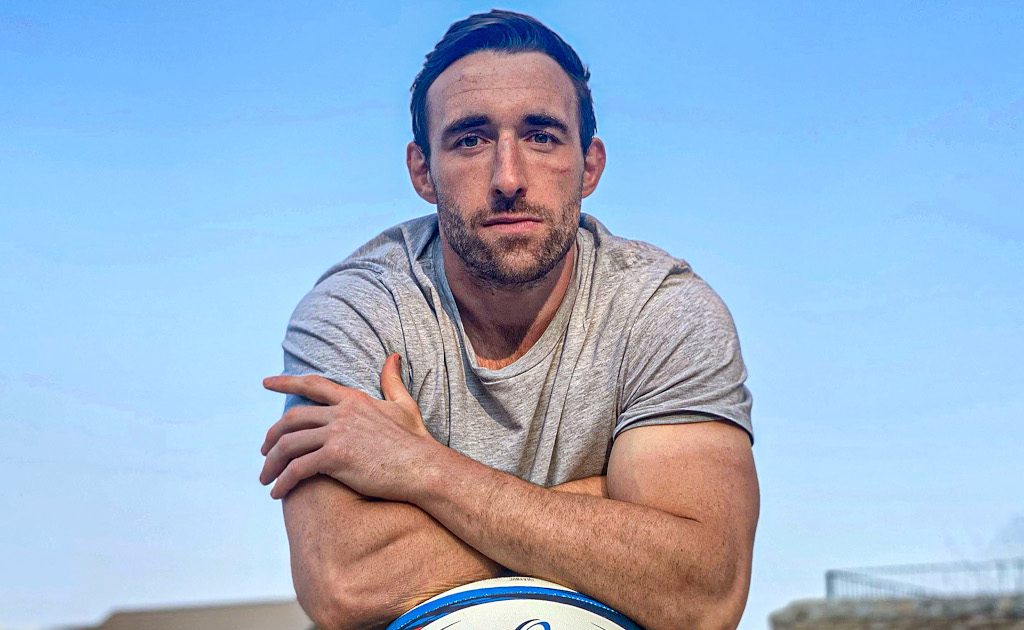 Ahead of their clash with La Rochelle in the Champions Cup semi-final on Sunday, we grabbed an exclusive with Leinster number eight Jack Conan.

The big news ahead of the game is that Leinster will be without talismanic fly-half Johnny Sexton, with Ross Byrne slated to stand in for the great Lion.

However, for the back-row purists, the other major talking point is the clash in that area, where six seasoned international giants of loose forward play go head-to-head in an encounter likely to inform the result of the game.

Conan’s hard carrying from number eight is likely to be a key component of that battle and he is relishing the test ahead at Stade Marcel Deflandre.

“The La Rochelle trio is absolutely outstanding, an incredibly strong unit, and it’ll be a massive challenge for us and one we’re very much up for.

“They’re a very well-balanced unit, with Gregory Alldritt on fire for France in the last season or so, supported by a double World Cup winner in Victor Vito and finally, the gifted playmaking skills of Kevin Gourdon, who, despite being out of favour with France, is still an incredible athlete and someone that may well still feature in international rugby in the future.”

He added: “With Rhys Ruddock and Josh van der Flier both in great form and with international experience, we know we’ll have a big task on our hands but we’re well prepared and confident.

“We are well aware of their mantra of keeping the ball alive, we know both Jono Gibbes and Rog (Ronan O’Gara) very well and that means we’ll need to be at our very best to combat that and also to counter their plans for us.

“Rog is a legend of the game and of Ireland and has always been great to work alongside. He’s very much behind this ‘keep the ball alive’ approach and the style of La Rochelle is a testimony to his visions,” admired Conan.

“We won’t plan to do anything differently; we know it’s going to be a seriously fast game and we, as a side, train in short sharp high intensity sessions. It’s all about staying calm, remembering that you’ve been picked for a reason and above all, enjoying the moment.

“I confess that at times in the past, I’ve overthought things coming into games, which has heightened nerves with far too much focus out the outcome rather than simply sticking to process. I focus now more so on the moment, why I’ve been picked and as a result, now that doubt has gone from my game, I am enjoying it far more and I feel it’s helped me eliminate errors.

“We’ll take a lot of confidence from the statement we made at Sandy Park. We place great faith in our defensive system and whilst I admit the first 15 minutes rocked us, the response the lads made to the early Exeter tries was outstanding – playing in the right areas, allowing them to make errors in places on the pitch where we could score points through pressure of our D and the skill of our attack.

“Winning in Europe is everything for this group of players and on a personal level. I’m aware of course there’s been a little chat about me being a Lions bolter, but I am certainly not holding my breath over that,” he quipped.

“For all of us, it’s all about Europe now, a massive challenge to take our PRO14 form and impact on to the biggest club stage, stick to our process and hopefully get the outcome we require. It’ll be a hell of a game!”