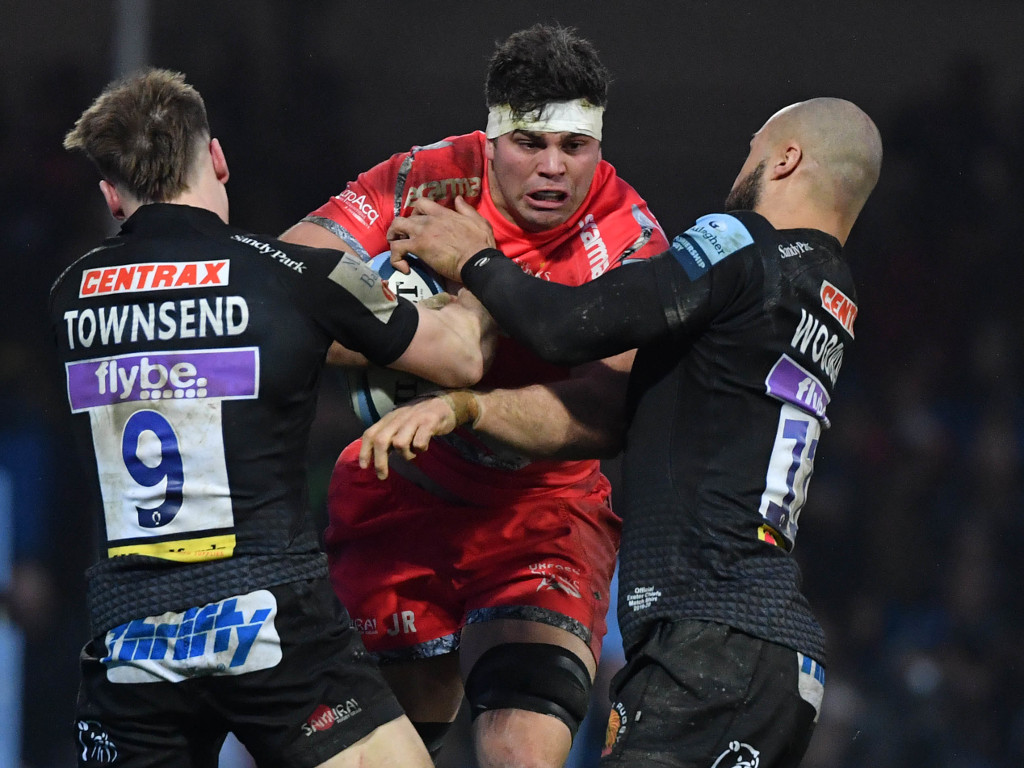 With the English Premiership season due to restart on Friday, August 14, Planet Rugby caught up with Sale Sharks captain Jono Ross.

Over five long months has gone by without rugby union being played in the northern hemisphere, but that will change in under two weeks’ time when Harlequins host Sale.

While New Zealand and Australia dealt with the initial surge of coronavirus cases, allowing Super Rugby Aotearoa and AU to take shape, countries in Europe struggled to control the outbreak.

The United Kingdom was the hardest hit of all as life, as well as sport, shut down. Although those fiscal powerhouses in Premier League football were able to restart in June, it was a slower process for other sports.

Finally, however, fans north of the equator will get their rugby fix. With England’s top-tier being followed by the PRO14 and then the new French domestic campaign – the Top 14 season ended with no winner or relegation – there will be a semblance of normality in the union landscape.

It will be vastly different for the Premiership clubs, though, with their governing body deciding that sporting integrity is paramount and ordering a finish to the league. Unlike the PRO14, who have significantly shortened their competition, and the defunct 2019/20 Top 14, they are looking to cram in nine rounds of fixtures, as well as the play-offs.

That move has received a mixed reaction, with player welfare a particular concern as some individuals will undoubtedly have to play two matches in a week.

Sale’s captain Ross will almost certainly be one of those, a man that has become a focal point of the club since joining the Greater Manchester outfit in 2017, but the South African understands both the risks and the responsibility they have in completing the season.

“The players obviously realise that it’s tough but we realise that it’s pretty unprecedented circumstances with what we’ve been through,” Ross, speaking on behalf of Gallagher Rugby Club of the Season, told Planet Rugby.

“The most important thing now is get back out on the field playing and trying to finish the season. Things like concussion and player welfare will be down to the RPA (Rugby Players Association), who will take care of that.

🗣️ "Agreement and approval of this schedule is exciting for players and fans and an important step in supporting our unions."

“It always has been and they will hopefully do what’s best in the interests of the players, but as players there’s a definite realisation that it’s special circumstances and we need to do our bit to get the game back on TV and back playing.

“Obviously, there will be times where players play two games in a week. These sort of things happen and, if you look at a World Cup, it’s not completely out of the blue, but it will be tough.”

Sale were no doubt one of the teams that would have been itching to get back out on to the field. Prior to the Premiership’s suspension, they were the league’s form team and resided in second before the coronavirus spread around the globe.

They are well set for a tilt at claiming their first domestic triumph since 2006 but, as the Sharks’ skipper acknowledges, Steve Diamond’s charges tend to be slow starters and he is wary of the struggles the team tend to endure after a break.

“Six months ago, we were in second, it’s a long time since then, and I think this will be like a new start,” Ross said. “We’ve got to hit the ground running. Traditionally, we’re not great starters and we can’t afford to start slowly.

“The clubs that are able to handle the restart, handle the way in which the schedule is, will come out of this mini block in the best shape.”

The Sharks, and the rest of the league, will also have to contend with a lack of crowds, potentially for the rest of the 2020/21 season. For Diamond’s men, that could be a particular disadvantage, given their outstanding home record at the AJ Bell Stadium.

It is not a place any team likes to visit and it may have been even more intimidating with the prospect of Manu Tuilagi lining up for the Salford-based outfit.

🗣️ "It’s all about the communication really, what his role is. He liked that direct mentality – something I think he’d been missing.” #GallagherPrem

🦈 There were no issues in convincing Manu Tuilagi to join Sale. 👇 https://t.co/PhQnJZz0uy

Supporters would have flocked to the ground out of sheer intrigue over the presence of the England centre in Greater Manchester. A “blockbuster” addition was how Ross described it and he, alongside the similarly imposing Rohan Janse van Rensburg, could form a potent midfield partnership.

“He’s probably one of the best players in the world and has been for an extended period of time, so to have him at the club, you can see that the younger boys are really excited to have him here,” the back-rower said.

“It gives everyone a lift that Sale can sign someone of that stature. I’ve been walking around here where no one knows about rugby and I’ve had a few people say, ‘oh yeah, you’ve signed that Manu Tuilagi’, so he’s obviously a real big signing for the club.

“I’m sure he will push us to be even better, but it’s going to be a real squad effort and Manu will be a part of that squad effort.”

Ross was also keen to espouse the qualities of their other options at centre, an English trio that are exceptionally talented and bolster a squad which has the capabilities of lifting silverware at the end of October.

He added: “We’ve got Sam Hill, Sam James and Luke James in the centre as well, who are real quality players, so it’s going to be tough team selections, but with the amount of games in such a short space of time, to have that sort of quality and depth is really important.

“We’re waiting on Cobus Wiese as well, I’m not sure what the situation is with him, but he will add quality to the squad.

With those players helping to form what will be a powerful 23 when they face Quins on August 14, Sale have the Premiership title in their sights but, ultimately, everyone is just happy that the English top-flight is back.