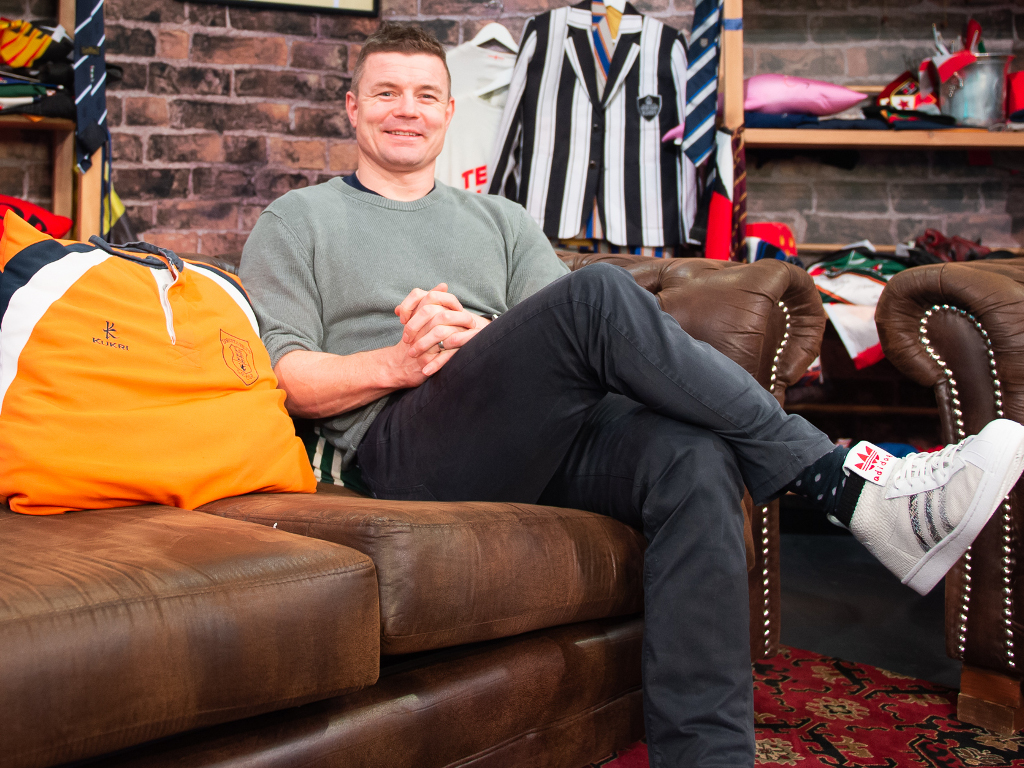 As rugby connoisseurs finish digesting their feast of the action in Japan, Planet Rugby caught up with Ireland legend Brian O’Driscoll, to examine the offerings of the European Champions Cup that commences this weekend.

From Tokyo to Thomond

“It’s hard to describe the mixed reactions when players suddenly switch from their World Cup aspirations to domestic rugby in the Champions Cup,” noted O’Driscoll.

“Many have asked, what will be the motivation and the emotion of the players, coming off a really tough eight weeks in Japan, only to face another mountain of rugby in group stages in Europe?

“This really depends on the individual; the Home and European Unions all shared mixed results, some good, some bad, but it’s safe to say not one side really hit the aspiration they had; even England will be disappointed with where they finished and I’m aware both the Scots and my Irish colleagues will see their performance as below expectations.

“For the elder statesmen, their frustrations may be one of ‘it was my last chance’ and, as a result, they’ll want to put their energy into winning silverware in Europe as they’re aware time is running out in their careers.

“For the young guns, whilst they’ll carry the burden longer, they’ll also be champing at the bit to return to play, wanting to prove a point and wishing to take their learning from Japan into the domestic season ahead, further putting a marker down for their continued career progression.

“In short, most will be highly motivated but for different reasons; yes, there will be a few that want to put their feet up and equally, there will be those that have niggles and workload fatigue, but in general, I think the below par returns from most of the nations will energise their performances in Europe,” confirmed the Irishman.

“I think it’s fair to say that we’ll see the intent of law amelioration that we saw at the World Cup taken into Europe and it’ll be fascinating to see how the officials and players react.

“I am of a mindset that we’re about in the right place regarding collisions. I’ve always craved the gladiatorial moments in the game, the massive hit, the huge tackles and we have to balance player welfare with the fact rugby IS a collision sport. Remove that from the game and you lose our most compelling USP, that of the thrill of the moment, the ooooh and the ahhhh as someone makes a breathtaking hit on an almost unstoppable carry.

"They are doing something that other sides aren't."

"It looks as though it's under the tutelage of Stuart Lancaster and Leo Cullen."@BrianODriscoll walks us through how Leinster work off the ball to create space 💪

“What I don’t want to see is another incident where a player lines up someone with a reckless no-arms charge from 20 metres as we saw in the Samoa v Russia game; that was almost out of control at one point and incidents like that need outlawing.

“We’re now at the point where timing and skill are overcoming brute strength as the key factor in defending. I always look at my old pal Jonny Wilkinson as the best pound for pound tackler I’ve ever seen; his hits were based upon absolute awareness, concentration and above all, timing. When you get players like him executing well, focusing on technical superiority at the moment of contact, then we know the game is going in the right direction and we’ve gotten to the point where the balance between crowd thrill, match aggression and player welfare is working well.

“Looking forward to the Champions Cup, the parallel with the Rugby World Cup remains, with group qualification key.

“The recipe for progression is simple; win all your home games, win one on the road and, assuming a couple of try bonus-points, you’ll move forward to the knockout stages. I like to call it the Munster model,” chuckled O’Driscoll.

“Victories away from home are rare and it will get tough in terms of schedule. Player welfare and squad depth will be telling, with three consecutive double-headers in November, December and January, before normal service resumes after the Six Nations.

“Aside from Pool 4, another ‘pool of death’, the groups look pretty well balanced. Moving into the weekend, Pool 1 is also set up for some royal battles; Leinster, Lyon and Saints take some pretty serious early-season form with them and I see them progressing well, all three playing some really neat and expansive rugby and it’ll be fascinating to see how the tussles between those sides unfold.

🤔 Who will top Pool 1 in the #HeinekenChampionsCup?

“In Pool 5 I rather fancy Toulouse to go a long way; they’ve got 12 World Cup players returned and often, away from the arm-wrestle of Top 14, play with more freedom than we see in their domestic league. Despite the challenge of Montpellier in their group, they have a decent chance of wins on the road at Kingsholm or in Galway.

“Pool 3 shows us that last year’s form means little, with both Quins and Bath struggling to find their feet this season; Ulster will be driven by desire from some of their elder statesmen and with Clermont always a threat, I see some English casualties in this grouping,” noted the former Lions skipper.

“Exeter Chiefs have really failed to ‘get over the line’ on a number of occasions now, and Rob Baxter’s recent frustrations will mean they’ll be nervy going into a massive fixture away at the consistent La Rochelle. Both sides will benefit from some World Cup returnees but again this group is a really tight one to call.

“Returning to Pool 4 and my game of the round; Saracens’ trip to Racing 92 will be a crackerjack. The battle of the big spenders! There’s a lot of noise around the recent Saracens revelations, underpinned by Baxter’s observations that Sarries have actually admitted they go seeking legal loopholes to exploit, something I find quite concerning. There’s a lot of angry people within the club itself but Europe is a competition free of the Gallagher Premiership Salary Cap and I expect the Londoners to explode onto the pitch to prove a point in Paris in what will be a gladiatorial battle.

“Post World Cup, Europe now becomes the shop window of the game for the next few months and I’m pleased to say that the products on offer are really compelling. I’m really looking forward to these matches and will hope to catch you on BT Sport to share my views and listen to yours.”

We thank Brian for his time and wish him and Leinster well in the forthcoming weeks.

BT Sport is the only place to watch every game of the Heineken Champions Cup, live. Watch on TV or via the BT Sport app.