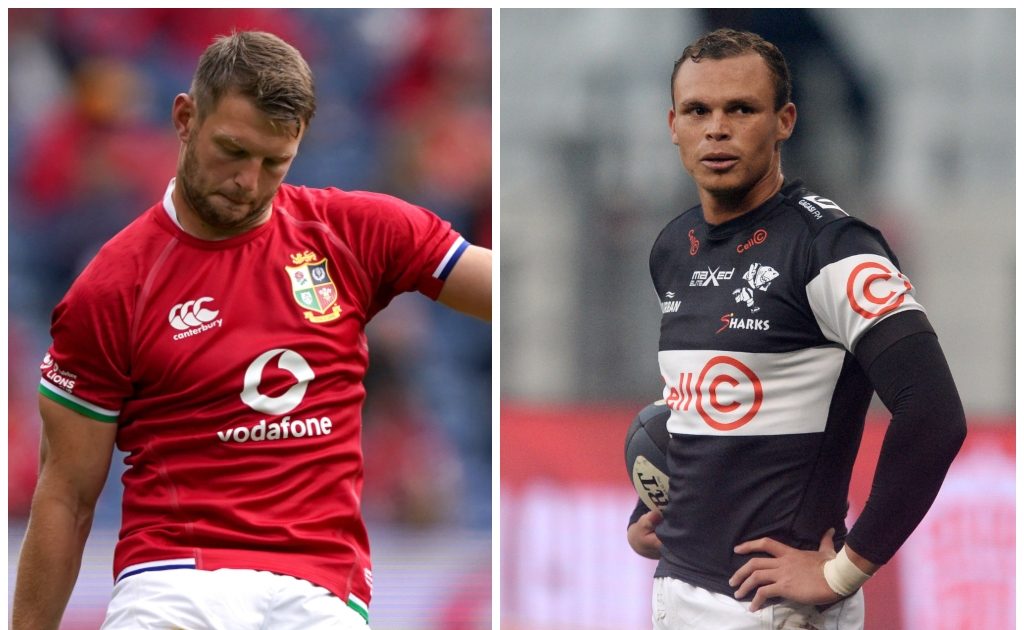 After the (Sigma) Lions comes the Sharks for the British and Irish tourists as they look to make it back-to-back victories on their South African tour.

Once again, Warren Gatland shuffles the starting XV, sticking to his promise that every player will get at least one start in the first three matches.

Despite the constant changes, it is still a formidable outfit with the backline containing speed, power and creativity, while the pack has both athleticism and pure muscle.

There are a couple of interesting nuances in the starting line-up with Bundee Aki back at 12, allowing Elliot Daly to come in alongside him, who will provide pace, dexterity and creativity in midfield.

In the back-row, Gatland has decided to try something slightly different, leaving out his two lock-cum-flankers and instead fielding Josh Navidi, Tom Curry and Sam Simmonds in tandem. Tadhg Beirne is there on the bench should they struggle in the set-piece but, if it works, it could provide a thrilling spectacle and give the coaches plenty to think about ahead of the Test matches.

It will also be a special day for Duhan van der Merwe, who will be playing on South African soil for the first time since becoming a Scotland international. Van der Merwe impressed in the opening game and will look to continue his fine form against a Sharks outfit that should provide a tougher test for the visitors.

With the tourists playing their fourth match of the 2009 series, they had very much hit their stride and were far too strong for the Sharks. The Lions took a while to get going, with the hosts displaying plenty of resilience and limiting Sir Ian McGeechan’s men to one try in the opening half, but they were rewarded for their patience after the break. Mike Phillips got the ball rolling with a fine individual try before Luke Fitzgerald effectively sealed the victory following a fine Brian O’Driscoll run. Lee Byrne, who scored a superb individual try, and Jamie Heaslip then completed a dominant triumph for the Lions.

British and Irish Lions head coach Warren Gatland is looking forward to seeing their powerful and dynamic back-row in action against the Sharks.

“I spoke to them all last (Sunday) night and said ‘look, you’ve got a license from me to go and get your hands on the ball and express yourselves’,” he said.

“I said ‘you’re probably not renowned as line-out experts but as ever you’ve got to play to your strengths’.

“We don’t want to pigeonhole them. We want to give players the opportunity to play to their strengths and for some that’s getting their hands on the ball and using that ability.

“It’s pretty exciting and I’m really looking forward to how they’re going as a trio.”

Sharks boss Sean Everitt admits that doing the basics well will be crucial otherwise they will struggle to compete with the international experience the Lions side contains.

“We have to get the fundamentals right otherwise we will be punished on the day,” said Everitt.

“The chief goal is that we go into this game well-prepared and for the players to understand what’s coming their way.

“Not many of our players in the [Currie Cup] squad have international experience and that includes Super Rugby, so yes, this is a big challenge.

“We have only played two games in the Currie Cup, but our group has been together for some time and they’re looking forward to the challenge.”

There is a very different look to the British and Irish Lions back-row for this game. It is not just the names listed – mass changes were inevitable – but also the profile of the three, with Gatland forgoing the hybrid back five forward. Instead, the shorter, nuggety and powerful Josh Navidi, Tom Curry and Sam Simmonds line up together, looking to potentially give the head coach another option ahead of the Test series.

In terms of the breakdown and how they will shape up in the loose, it looks well balanced, with Navidi and Curry both absolute workhorses. That will allow Simmonds to roam in the wider channels and show his incredible athleticism on the harder tracks, but you wonder about the lineout. That will be particularly instructive ahead of the Test series, with the Lions fielding just two out-and-out jumpers in Iain Henderson and Adam Beard. The back-row trio have been lineout options before, whether at club or international level, but they’re not exactly Tadhg Beirne or Courtney Lawes in that area, or even Taulupe Faletau or the injured Justin Tipuric.

The Sharks could therefore disrupt the set-piece but the tourists will still be confident in winning enough ball to feed their dangerous backs. Gatland hasn’t really sprung any surprises with his selections behind the scrum but it is a big opportunity for Elliot Daly at centre. The Saracens man, playing in his best position of 13, impressed coming off the bench against the Lions and has a real opportunity to lay down a marker on Wednesday. There have always been defensive concerns with him in that position, which is probably why Eddie Jones has generally seen him as a back three player, but he will look to allay those worries over the next few weeks.

Daly will certainly be tested by the man opposite him in Jeremy Ward. The Sharks’ talented centre was a star at U20 level, captaining the age-grade side at the 2016 World Rugby U20 Championship, but he hasn’t really lived up to that immense potential and sometimes finds himself out of the 23 when the Durban outfit are at full strength. This is his chance to display his quality against a top-class side and he will look to run some good lines off the exceptional Curwin Bosch.

Fly-half Bosch and fellow playmaker, full-back Manie Libbok, were in the same South African U20 team as Ward but, like the centre, have not yet made the step up to international level. They are both threats though, both as runners and distributors, and could change the mind of Jacques Nienaber and Rassie Erasmus with fine performances on Wednesday. The pivot is the closest to Springbok selection and the Lions will have to be wary of his significant threat in Johannesburg.

For the Sharks to avoid a similar result to the Sigma Lions, they will need their inexperienced front-row to step up and compete with the tourists. The scrum wasn’t really a factor in the clash on Saturday but the Sharks are better served in other facets than their South African cohorts and will cause Gatland’s men more problems should they have stability up front.

It is therefore a big job for Khutha Mchunu, Fez Mbatha and Khwezi Mona against Mako Vunipola, Luke Cowan-Dickie and Zander Fagerson. The scrum has almost been a forgotten part of the Lions’ game, with them having stability against Japan and the Sigma Lions but not really dominating either team.

You duly question whether they will have the firepower to match the Springboks in that area when the Tests come around and a mediocre effort on Wednesday will certainly be a concern to the British and Irish supporters. However, it may all be part of Gatland’s plan to simply use the scrum as a starting point and attack South Africa in other parts of the game.

The Sharks are a better team than the Sigma Lions but it will still be a comfortable enough victory for the tourists on Wednesday. It’s probably not quite as strong combination-wise and there are more areas the hosts can target but there is just so much quality in Gatland’s 23. British and Irish Lions by 25 points.