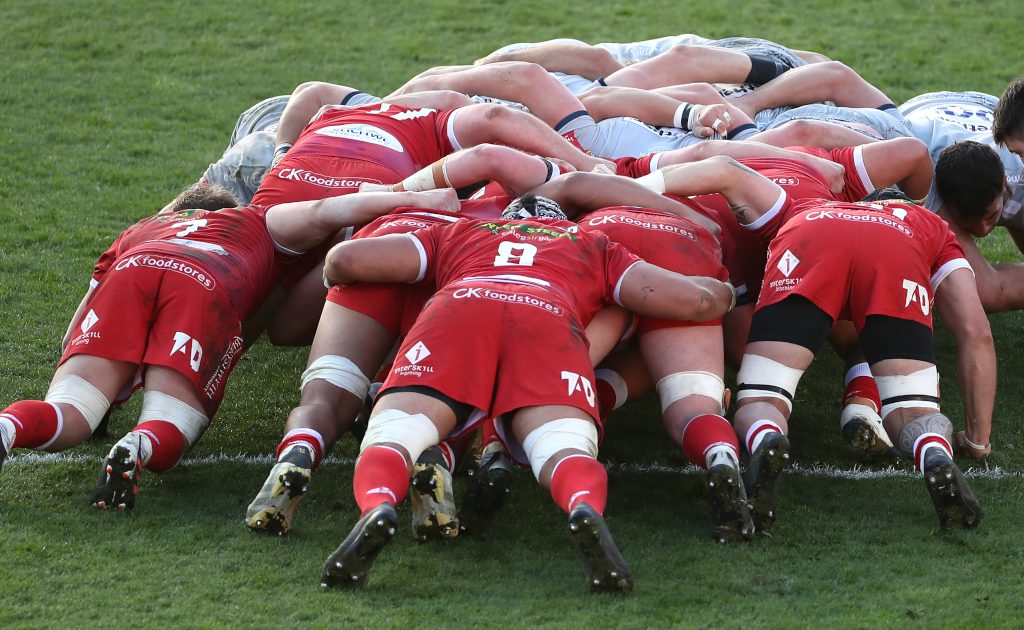 Members of the Scarlets, Cardiff and Munster currently remain in South Africa after testing positive for the virus, while many other squad players will still be under quarantine regulations for the first weekend of matches at least, and unable to train properly before the second round.

The Scarlets said on Thursday they thought they would not be able to field a team, thus forfeiting the game under EPCR rules, but the tournament organisers have relaxed player registration deadlines, allowing for the potential of loan players moving between clubs pre-tournament.

A number of other Covid-prevention measures were put in place at the same time, as concern grows over the omicron variant.

“Ahead of the kick-off of the 2021/22 Heineken Champions Cup and EPCR Challenge Cup season, EPCR would like to clarify its position with regard to the registration of players for the tournaments,” read a statement.

“Following consultation with the leagues and unions, it has been decided to extend the first registration date from last month to allow all participating clubs to supplement their squads with an unlimited number of previously unregistered players.

“All new players will have to be registered on or before Wednesday, 8 December at midday (UK and Irish time).

“For the pool stage matches which start on the weekend of 10/11/12 December, the following Covid-19 mitigation protocols will be in place until further notice:

“All players, coaching staff and essential club personnel must return a negative Covid test result in match week. The test results can be utilised to facilitate cross-border travel to matches.

“Only essential club personnel will be permitted to avail of elite sportspersons quarantine exemptions for cross-border travel. Personnel from outside the high-performance environment will not be exempt.

“Clubs will be required to abide by the regulations imposed by local authorities with regards to travel and accommodation restrictions.

“A Red Zone restriction for operational purposes will be in place at all match venues.

“With no alternative weekends available in the 2021/22 season calendar, EPCR is in regular dialogue with the leagues and clubs to ensure that all possible measures are considered so that the matches take place as scheduled.

“While looking forward to another series of compelling pool stage fixtures, EPCR is mindful of how recent events have impacted on Cardiff Rugby, Munster Rugby, Scarlets and Zebre Parma in particular, and the tournament organiser would like to extend its best wishes to the players and staff who currently remain in South Africa, as well as to the players and staff who have been repatriated and are currently isolating.”

Ospreys coach Toby Booth has already said the Scarlets have been in touch to enquire about the availability of “seven or eight players” while Munster have been enquiring about front-row players in Ireland.

Cardiff, presumably, will do the same, although they were stuck in South Africa for a further day on Thursday after the charter flight they were scheduled to be on had its landing slot removed. The squad members not in isolation will now leave South Africa on Friday morning. Cardiff will have 32 players in quarantine for their opening fixture, and intend to honour the fixture by playing a mixture of internationals and academy players.