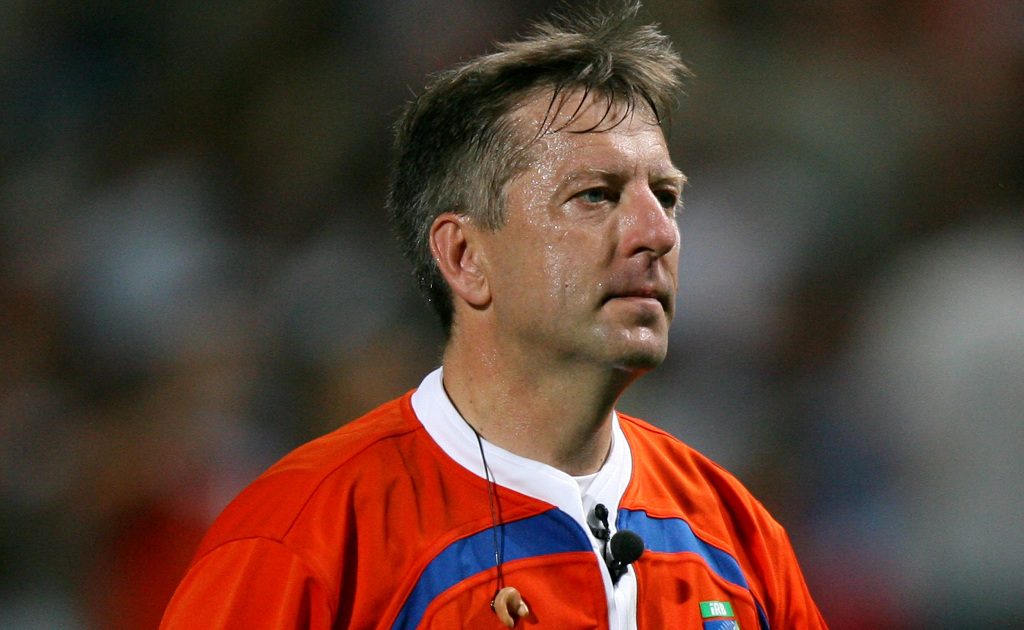 Tony Spreadbury will leave his job as head of professional game match officials at the Rugby Football Union for a role with European Professional Club Rugby (EPCR).

Spreadbury’s new job at EPCR will be as head of match officials, it’s been confirmed.

His new post, based in Switzerland, will see him work with the tournament organisers of the Champions Cup and Challenge Cup from December.

Spreadbury refereed 44 Test matches, including officiating at two Rugby World Cups, and was one of rugby union’s first fully-professional referees.

In a statement released by the RFU, the organisation’s director of performance rugby Conor O’Shea said: “On behalf of everyone at the RFU, I would like to thank ‘Spreaders’ for his incredible contribution to the organisation and to refereeing over the last 20 years.

“He leaves us with the best group of match officials in world rugby, and obviously with our very best wishes for the future and as he continues his journey in rugby.”

And Spreadbury added: “I have thoroughly enjoyed my time at the RFU over the last 20 years – initially as a referee, then as a referee coach and finally in my current role as head of the professional game match officials team.

“I really am leaving with a very heavy heart as I have met some brilliant people, not just colleagues, but also good friends. However, I am looking forward to the challenge ahead with EPCR.”

Meanwhile, former All Blacks centre Sonny Bill Williams has spoken about life on drugs, alcohol and womanising in his new autobiography ‘You Can’t Stop The Sun From Shining’.

In a book that he describes as “therapeutic”, Williams, who hung up his boots in March at the age of 35, enjoyed a glittering professional career that spanned 18 years.

He has now added author to his list of credits as he tells his story in an attempt to help another “young Sonny Bill”, revealing the warts and all aspects of his early career.