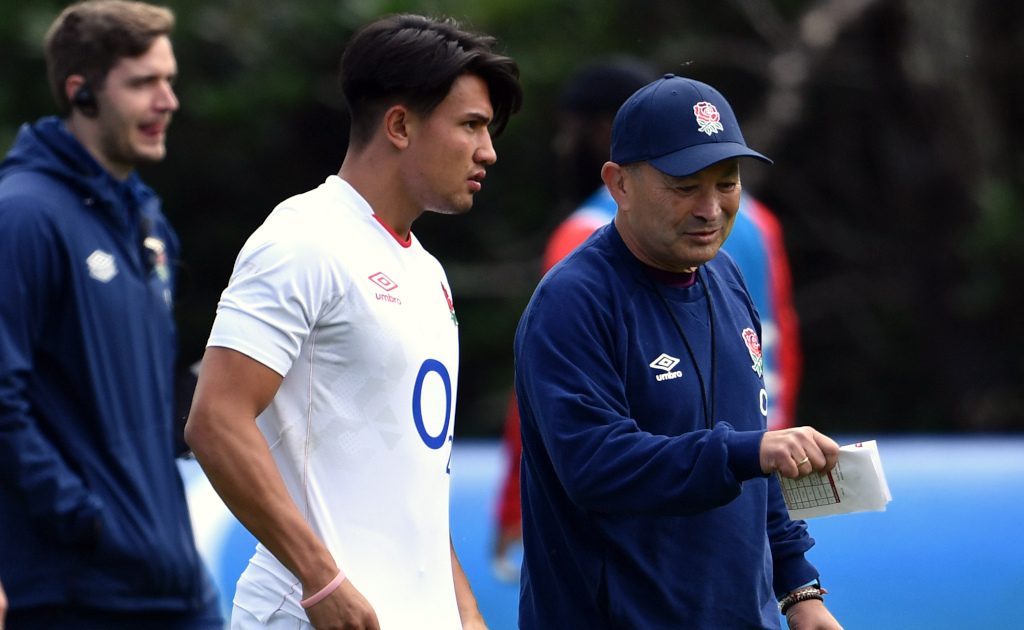 England head coach Eddie Jones has spoken of his delight at seeing strong competition for spots in his team following a successful Autumn Nations Series.

Youngsters such as Marcus Smith, Freddie Steward, Jamie Blamire and Bevan Rodd impressed as Tonga, Australia and South Africa were beaten at Twickenham.

Fly-half Smith and full-back Steward look set to be mainstays of England’s backline for years to come, emerging from their 27-26 win over the Springboks in style.

Jones insists the rate of progress has been quicker than expected to place “enormous competitive strains” on the squad ahead of their Six Nations opener against Scotland on February 5.

“We’ve had our challenges in terms of Covid and a number of injuries, so maybe some young guys we thought weren’t ready to play at that level of game have been given their opportunity and acquitted themselves really well.

“The development of some of the younger players being quicker than maybe we thought they were going to be puts enormous competitive strains on getting selected, which is a good position to be in.

“I think we’ve had 23 new caps this season and a lot of those players are going to have great careers ahead of them.

“If they keep working hard and keep that hunger to want to get better, they are all going to have very good careers.”

While 21-year-old Steward was a colossal presence in the backfield and the 22-year-old Smith showed he is now ready to direct operations, Jones alighted on a less heralded newcomer for his find of the campaign.

Nic Dolly was playing in the Championship last season but impressed following his move to Leicester in March, culminating in his Test debut off the bench against South Africa.

“If you want me to highlight one player I will, and that’s Nic Dolly,” said Jones of the 22-year-old Australian-born hooker.

“If you consider where he’s come from – he was going back to play for Coventry, he got a call up from Leicester Tigers and played four or five games for them.

“He then finds himself in the England squad and finds himself coming up against the best pack in the world and making his debut in front of 82,000 people at Twickenham.

“What a story in terms of resilience, in terms of just keep doing your work and when the opportunity comes – take it.”

England played their best rugby since the 2019 World Cup scoring three tries to the Boks’ one, undoubtedly adding to the thrill of toppling the world champions.