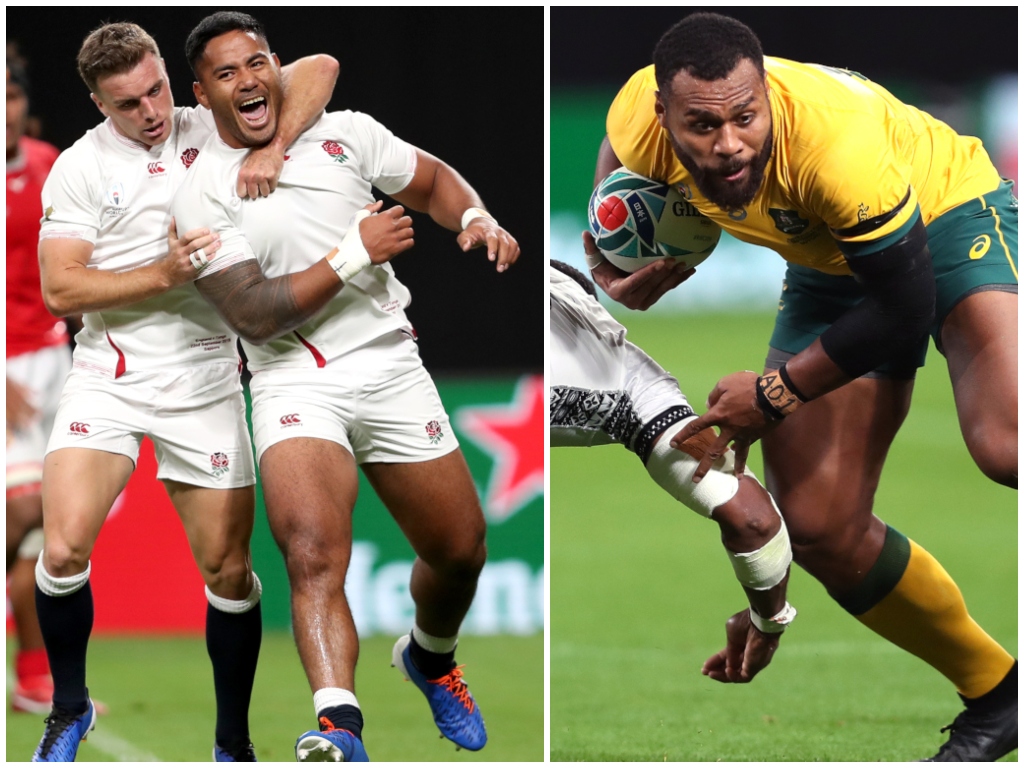 After the Cricket World Cup and then the Ashes, arch-rivals England and Australia once again go head-to-head, this time in the Rugby World Cup quarter-finals.

The Wallabies currently have a loss and a draw from those contests, so can they emerge victorious against their old foe in Oita on Saturday? Recent history suggests not, with the Red Rose currently on a six-match winning run versus the Wallabies, but Michael Cheika’s men did claim the previous meeting at a global tournament as they ran out 33-13 victors in the 2015 competition.

Four years is a long time, however, and, while the Red Rose have been rejuvenated under Eddie Jones, Cheika’s charges have struggled for consistency. In 2018, they won just four of their 13 matches and, although there has been a slight improvement over the past few months, it is the English that will justifiably go into this Test match as heavy favourites.

Jones has built an impressive squad that mixes power, pace and creativity, facets which made them one of the fancied teams pre-tournament. The return to full fitness of Manu Tuilagi in late 2018 has been a huge fillip, while Mako Vunipola and Henry Slade have recovered from recent injuries to also take their places in the XV.

As a result of those selections, Joe Marler and George Ford have dropped down to the bench. The latter’s demotion is a particular surprise given that the fly-half has been the Red Rose’s best player in Japan. It could be perceived as a sign of a strong squad, or conversely, a bit of a gamble from England’s Aussie head coach.

What is for certain, though, is that it isn’t as much as a risk as Cheika’s XV. The 52-year-old, perhaps knowing that he doesn’t have the quality of their opponents, has rolled the dice and named talented teenager Jordan Petaia at outside centre.

There is no doubting Petaia’s ability but he has barely played at Super Rugby level, let alone in career-defining World Cup matches. It could well be a masterstroke, with the naivety of youth cancelling out any nerves he may feel, but there is a real concern that the youngster could be exposed.

That position is the hardest place to defend and England have shown that they can exploit the 13 channel, particularly off first-phase ball, if there is uncertainty in the opposition ranks. Australia will therefore look to disrupt the Twickenham-based outfit’s set-piece and the absence of lineout leader George Kruis, who is among the replacements, may benefit the Wallabies. The scrum is also no longer such a concern and they should at least have parity there.

Then there is the breakdown. It will be a thrilling battle between youth and experience as David Pocock and Michael Hooper go head-to-head with Tom Curry and Sam Underhill, and the winner of that could go a long way to deciding the contest.

For England: For differing reasons, there are concerns around the Vunipola brothers, Mako and Billy, heading into this encounter. Fully fit and at their best, the duo are world-class players, but neither have quite shown that over the past couple of months. For the loosehead, he has just returned from injury and is yet to prove his match sharpness, while the number eight has failed to recapture his form from the end of last season. Billy Vunipola has also suffered an injury, which put his participation for this clash in doubt, but he has recovered and the Red Rose will need him to be at the top of his game.

For Australia: There are some interesting backline calls from Michael Cheika but the biggest is undoubtedly Jordan Petaia’s selection at outside centre. The 19-year-old is a wonderful talent and has impressed during this tournament, but that has come on the wing against much weaker opponents. Having hardly featured for the Reds in Super Rugby, it is a huge step up, especially in the crucial position of 13, and England will no doubt probe the outside channels for any weaknesses.

Head-to-head: One rather big positive from George Ford’s surprise omission is that we get to see Manu Tuilagi and Samu Kerevi charge directly at one another in what will be an interesting and brutal battle for the gain line. Kerevi has enjoyed an outstanding year while Tuilagi looks the fittest and sharpest he has ever been after impressing before and during this tournament. Although there were selection queries for both sides going into this contest, there were no doubts that these two would play and it will be exciting to see how it unfolds.

Prediction: There is enough talent in that Australian side to cause the Red Rose problems, but Eddie Jones’ men appear to be too strong at the moment. England by 10 points.