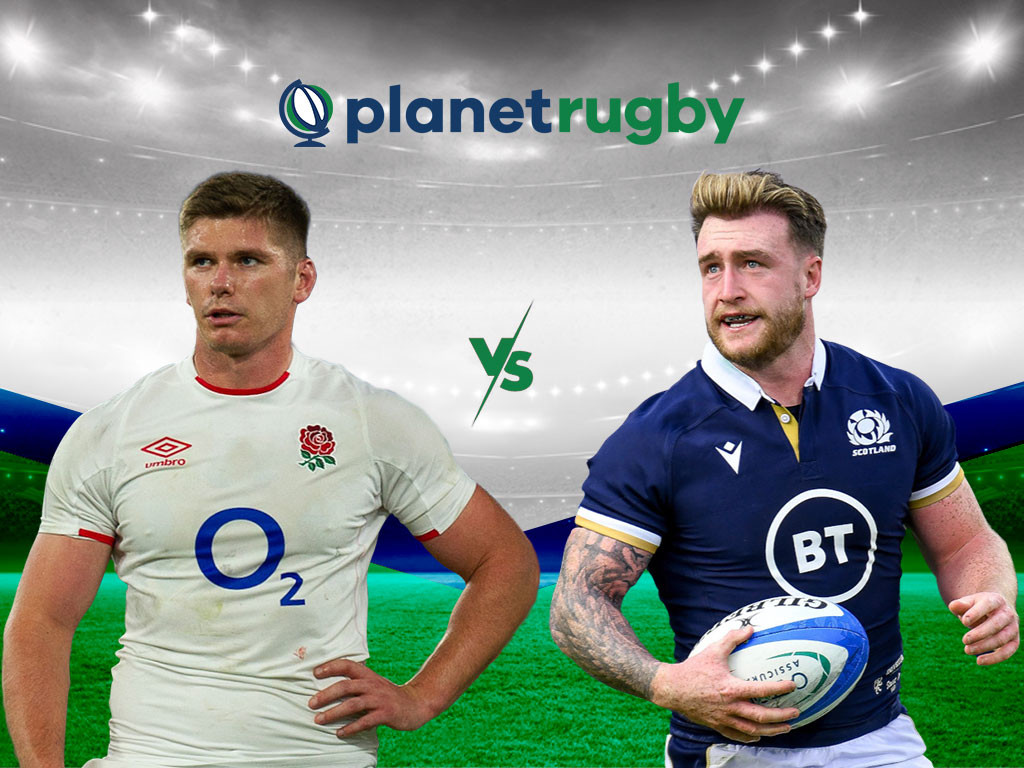 Encounters between England and Scotland are always special but this match is particularly poignant as it is 150 years since these two Auld enemies clashed for the first time.

That contest, which was held at Raeburn Place in Edinburgh, was won by the Scots, but it is fair to say that their arch-rivals have had much the better of it over the years.

Twickenham has become an impenetrable fortress for the visitors to breach, with the Englishmen remaining unbeaten against their foes since 1983, but hope should be higher in 2021.

Make no mistake, England are formidable opponents and have their best squad of players since they lifted the 2003 World Cup. However, a similar argument can be made for Scotland, who have finally sorted out their age-grade system and produced some stunning individuals.

Gregor Townsend is able to call upon an excellent pack of forwards, which is solid in the set-piece and a threat at the breakdown, and a backline, marshalled by the wonderful Finn Russell, that can cut opponents to pieces. It should be a thriller.

The weather rather intervened as apocalyptic conditions descended on Murrayfield, leading to a simply abysmal clash which was ruled by kicking and spillages. Neither team really wanted to keep hold of the ball and, when they tried to, the inevitable mistake followed. As a result, little separated the sides in the opening 70 minutes as Owen Farrell and Adam Hastings traded penalties, which meant it was a question of who would blink first. That happened to be the Scots as Stuart Hogg made a mistake on his own line which led to a scrum for the visitors. Two phases later, the English were over and had sealed a 13-6 win when Ellis Genge touched down from close range.

England head coach Eddie Jones has been up to his usual mind games, looking to put the pressure on Scotland.

“For Scotland this is their most important game of the year, they talk about it all the time,” he said.

“But Scotland don’t have a monopoly on pride – our players get an opportunity to play in this historic game and they are going to be ready for it.

“You listen to the Scottish and how much it means to them – it’s their biggest game of the year, their most important game, they are playing for trophies.

“That’s a huge expectation for them and maybe, with 15 minutes to go in the game, the expectation is going to get pretty heavy for them. We know Scotland’s going to be up for it, but so will we. It should be a great occasion.”

The Scots, meanwhile, know the challenge ahead of them, with Gregor Townsend admitting that they have to remain focused for the 80 minutes.

“Look, it’s important we all have our best games,” he said. “We are playing one of the best teams in the world just now, we are playing them on their own patch.

“They know we have to front up at every battle we face, whether that’s set-piece, defence, kick-chase. And when we’ve got the ball, we have to take them on. And we have got to do it for 80 minutes.

“We have referenced that last three years, which have all been close games.

“The majority of the players have played in all those games so we take confidence that, when we got things right and played to our potential, we became a real threat for England. That’s what we have to do for 80 minutes on Saturday.”

There are few surprises in the England side but injuries and absentees have opened for the door for players to potentially nail down a starting spot. That is certainly the case for prop Ellis Genge, who has had to wait behind Mako Vunipola and Joe Marler, while Will Stuart will look to benefit from Kyle Sinckler’s absence. They both have a good all-round skill set, from the set-piece work to their mobility and power in the loose, but as we know, Test match rugby is a completely different beast.

Scotland are also in a pretty strong position, with their key individuals, such as Stuart Hogg, Hamish Watson and Rory Sutherland, all fit and firing, but there are concerns at hooker. George Turner is a very talented player but the two in front of him, Fraser Brown and Stuart McInally, are particularly exceptional. With that duo injured, the pressure comes on Turner to deliver and, although he boasts a solid game, England will look to target Scotland in the scrum and lineout.

How will he fare on the international stage?

There is also an interesting selection behind the scrum with Cameron Redpath handed his debut. The centre grew up in England, played age-grade rugby for the Red Rose U20s and was once invited to train with the first team, but he has settled to play for the country of his father, great scrum-half Bryan. Since signing for Bath from Sale Sharks, Redpath has continuously shown his outstanding talent and looks a readymade Test player. He always seems to have time on the ball, has an excellent step and will link play nicely in that backline.

We deliberately missed out Finn Russell in the previous section as his duel with Owen Farrell will be particularly crucial. On his last visit to Twickenham, Russell produced 40 minutes of the best rugby you will see, inspiring Scotland to come from 31-0 down to lead 38-31, and he will need to do that again this weekend.

Farrell has not played any games since early December and that could ultimately benefit the Scots and Russell, who is battle-hardened having played club rugby over the past month after returning from injury. However, the England fly-half will at least be fresh, both physically and mentally, and those will be the positive thoughts going through the Red Rose captain’s mind, but he will have to get up to speed quickly on Saturday.

England are quite rightly favourites and their pure physicality should see them home, but there are factors in Scotland’s favour. We like their squad from 1-23 and they have a nice balance to the team, with a solid forward pack and a talented backline. With the Saracens’ Red Rose players also playing their first match, Townsend’s men have an opportunity to catch them cold, but the hosts should get the job done, just. England by five points.