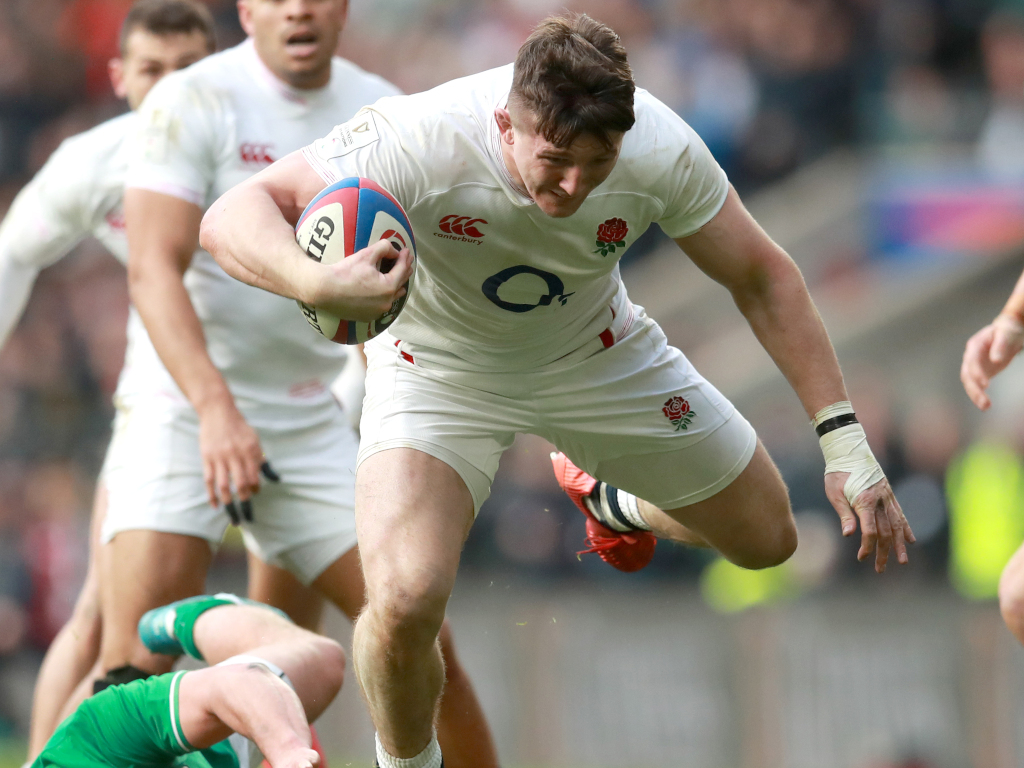 It has been a pretty underwhelming end-of-year series in the northern hemisphere so far, but maybe England and Ireland can provide some entertaining fare for those watching back home.

Judging by the efforts of Eddie Jones’ men over recent weekends, that could well be far-fetched, given the boredom everyone endured by seeing their mistake-ridden efforts against Italy and Georgia. They have, however, enjoyed dissecting the Irish in their previous few meetings, completely overwhelming them physically and racking up comfortable wins.

For Ireland, the contests over the past 20 months have quite simply been embarrassing. They were stunned early last year, succumbing 32-20 having enjoyed a record-breaking 2018, which included a Grand Slam and beating New Zealand, before it got much worse in August.

A 57-15 thrashing at the hands of the Englishmen in a World Cup warm-up game hinted at what was to come in the global tournament, as their chances were ended following an awful display against New Zealand in the quarter-finals.

Even a changing of the guard at head coach didn’t alter the momentum versus Jones’ charges, with the Six Nations encounter back in February resulting in a 24-12 loss at Twickenham. They capitulated under the weight of pressure exerted by the hosts and, to be brutally honest, the margin of defeat should have been even larger.

Andy Farrell certainly needed a rethink as to how to combat England’s gargantuan units and he has gone for some hefty lumps in the pack. Tadhg Furlong remains on the sidelines due to injury, but Quinn Roux will add more ballast than Devin Toner and the back-row features prominent ball carriers in the shape of CJ Stander and Caelan Doris.

Peter O’Mahony’s move to the openside has been criticised by some, leaving them slightly short on mobility in that trio – in comparison to England’s Tom Curry and Sam Underhill combination at least – but it could well be a savvy move.

The Red Rose quite simply prefer to put teams under pressure via their set-piece and kicking game, which means opposing jacklers may be rendered superfluous. And while O’Mahony is excellent at the breakdown, it’s his nuisance value at the lineout and in the tight exchanges – facets which England excel at – that will benefit the visitors.

Jones’ men controlled the forward battle and scored two tries through kicks in the February fixture, but this Irish pack has more of the out-and-power to fight the hosts.

It is unlikely to be enough, however, even if it is difficult to gauge where the 2019 World Cup finalists are currently at. There were mistakes aplenty in their victories over Georgia and Italy, but they would have no doubt targeted this match prior to the Autumn Nations Cup starting.

The performance in their final Six Nations encounter could be forgiven following the long break between internationals and they will expect to improve at Twickenham on Saturday. It is all about how Ireland can handle the England pack and whether they will be able to get into the right positions on the field to fire their shots.

If the visitors fail in their quest to do that then it will be a repeat of the previous three clashes between the sides, where England managed to outmuscle and outmanoeuvre their opponents.

For England: There aren’t too many surprises in the Red Rose squad, although it is once again worth watching to see how youngster Ollie Lawrence does, this time against top quality opposition, but the selection of Joe Launchbury is an interesting one. The Wasps man has been a consistent factor in England squads under Jones but George Kruis or Courtney Lawes were generally the players preferred to start alongside Maro Itoje, particularly in big games, due to their lineout expertise. Jonny Hill – another who is a better jumper than Launchbury – was then catapulted into the starting line-up for his debut against Italy in the Six Nations, but the 29-year-old is now evidently seen as the man to take over from Kruis and the injured Lawes, if the England head coach’s statement that this is his “strongest team possible” is to be believed. Launchbury is a top class operator and is excellent in most areas of forward play, but Ireland, with the excellent Peter O’Mahony in situ, could successfully target England’s set-piece.

For Ireland: With Johnny Sexton out following a hamstring issue sustained in their victory over Wales, his Leinster team-mate Ross Byrne has been handed the responsibility against England. The 25-year-old has earned eight caps in his brief Test career so far, but this will no doubt be his toughest examination. Byrne’s only start in those international appearances actually came at Twickenham in August last year as Joe Schmidt’s men were absolutely torn apart in the World Cup warm-up. While the fly-half had his critics following that display, it was quickly forgotten with Sexton the man that was always going to take the pivot position in the global tournament. However, with the Irish legend surely coming to the end of his career, Farrell is looking for the next in line and Byrne will hope to be that man. A good performance against England may see him take the shirt long-term but, should he struggle, the coaches could well widen the search for their next star playmaker.

🗣 “I have no concerns whatsoever”

Head-to-head: Keeping the focus on the half-backs and the battle between Ben Youngs and Jamison Gibson-Park will be telling. Everything in rugby ultimately stems from the effectiveness of the forward eight and the nine-10 combination, but England almost place extra importance on Youngs with the way they play. Eddie Jones has convinced himself, particularly following the stricter laws at the breakdown, that attacking from kicks is the way to go. The Red Rose are probably the best team in the world at manufacturing positions from the boot and they showed that in the previous encounter between the teams, scoring two tries via that tactic in the Six Nations clash. The Leicester Tigers scrum-half is also a good box-kicker, which means the pressure is on Gibson-Park to counteract that. Conor Murray was once the best in the business tactically but his form, certainly at international level, has dropped off slightly, while the Leinster man impressed against Wales last week. Everything was in good working order, from Gibson-Park’s passing to his accuracy off the boot, and Ireland will need the same from the former Blues half-back.

Prediction: Ireland have struggled with England’s physicality over recent games and, although it should be more competitive this time around, we still see the Red Rose coming out on top. England by 10 points.