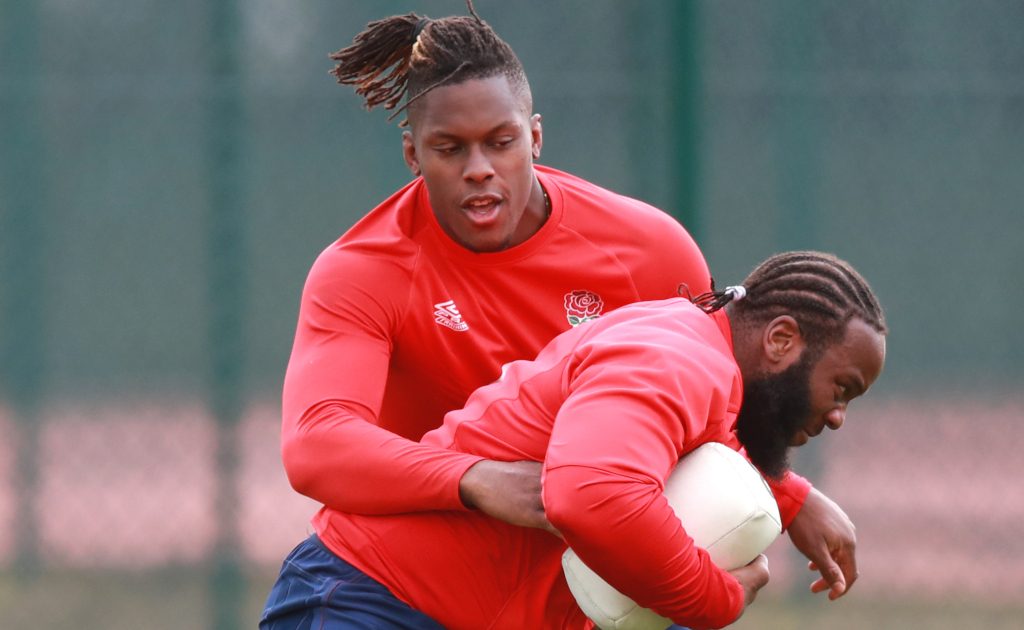 Beno Obano believes the diversity of race and class evident in the current England team is helping to challenge rugby’s “huge image problem”.

Obano’s documentary ‘Everybody’s Game’, which examines inclusivity in the sport, has gained traction since becoming available last November and a ‘clean’ version is now being distributed to schools by the Rugby Football Union.

Born and raised in south east London, Obano stumbled across the game by attending London Oratory School and having excelled through his size and power, he earned a scholarship at Dulwich College.

It is this form of social mobility, whereby an excellent education and profession were conceived by Obano’s gift for rugby, that the 26-year-old Bath prop of Nigerian heritage insists needs greater projection.

Influence of Sinckler and Genge

Through the likes of Obano himself and his fellow England props Kyle Sinckler and Ellis Genge, who have plotted similarly unconventional routes to the highest level, the awareness is spreading.

“Twenty years ago somebody like myself wouldn’t have played rugby so I definitely see the image changing, but I don’t know how long it will really take,” Obano told the PA news agency.

“The huge image problem is a problem that’s no one’s fault. If it’s generally played in private schools, then the only people who play it will be from private schools.

“So how does it expand? It needed someone like Kyle Sinckler to break the mould just slightly.

“It starts with one or two, but gradually you get more and more people breaking the mould.

“So many inner city kids are missing out. The game could be so much bigger if we just tapped into this group.

“You do that through programmes at the lowest level and by seeing people from the same background like Kyle Sinckler at the highest level.”

Of the England starting XV that faced South Africa in the 2019 World Cup final, seven were from black or ethnic minority backgrounds.

The national team has never been so diverse and, while they provide a host of role models to inspire future generations, Obano also sees the important role to be played by altering thinking at home.

I rarely tweet but I’ve produced, directed and also feature in the worldwide Amazon Original Everybody’s Game and wanted to share it. It goes live in the UK on the 26th November 2020.

“If more people knew of the possibilities offered by sport, more people would try it,” said Obano, who made his Test debut against Scotland last month.

“But they also have to realise that sport can be a funnel towards good education and good opportunities later on in life.

“In America they really use sport as a vehicle. They focus on getting good at sport so that they can change their family circumstances, while in the UK it’s not seen as the vehicle that it could be.

“They do in football. But in south east London, you don’t get an adult saying ‘I want to put my child in cricket because he could go and play in the IPL’. It’s a culture thing and a knowledge thing.

“I got the scholarship that meant I was educated at one of the best schools in the world for sixth form.

“I went there through rugby so even if I didn’t become a professional rugby player, I’d been put in a position to do well regardless, going to a good school and getting very well educated.”