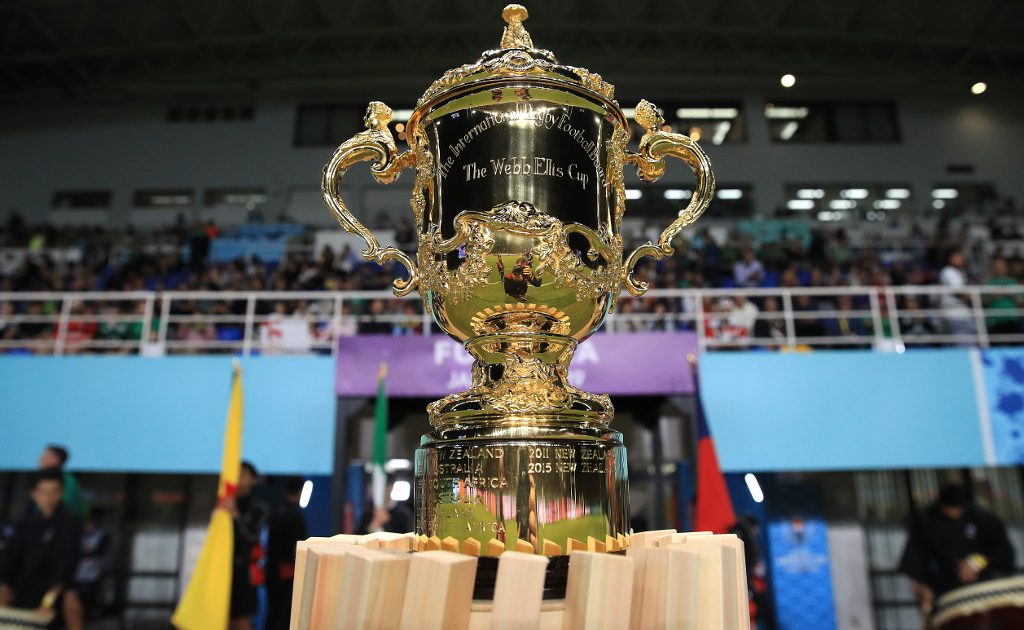 England have set their sights on hosting the 2031 World Cup and discussions over putting together a bid are already under way at the Rugby Football Union (RFU).

The official bidding process began at the start of this year and the RFU are interested in bringing the tournament back to England for the first time since 2015 when they generated £228million in revenue.

France will host the 2023 World Cup with Australia regarded as favourites for 2027, leaving England and the United States to battle it out for the right to host the 2031 tournament. The successful nation will be announced in May 2022.

England set to go it alone

Earlier this year the RFU revealed that the four home unions were considering a joint bid, but new chairman Tom Ilube has revealed the intent to now go it alone.

“We would like to bid for the 2031 World Cup,” said Ilube, who arrived at Twickenham on August 1.

“It would be really exciting to have it here and you could imagine what it would be like. That really gives us a focus as well. We will see what happens, it will be interesting.

“It’s not happening yet, but it’s something that we’re really interested in discussing and engaging with the process.”

While the ambition is that the World Cup will return to England, Ilube also hopes there will be the playing resources to win it.

England are the most successful team at World Rugby Under-20 Championship level since the competition began in 2008, appearing in the final nine times and winning it on three occasions.

That achievement has not transferred to the men’s stage, however, with the 2003 triumph the nation’s only World Cup victory despite additional appearances in the 2007 and 2019 finals.

“The people who will be in the England team in 2031, who are 12, 13, 14, 15-year-olds today – I really want to have a sense of what journey they are going on and whether we are going to produce a whole generation of world-class players,” Ilube said.

“I’m not certain that our system at the moment continuously generates those absolutely world-class players and if we are going to be at our rightful place, England should consistently be ranked one and two in the world.

“Year after year after year we should be there and to do that we need that cohort of absolutely world-class players. The system needs to generate them.”

No expectations for newly promoted Saracens

Meanwhile, Saracens director of rugby Mark McCall has stressed that they are not setting targets in terms of where they might finish in the Premiership ahead of their return to the top flight.

The north London outfit play their first Premiership match for almost a year when they take on Bristol Bears at Ashton Gate on Friday to open the 2021/22 season.

Saracens, who returned to the top flight of the English game as 2020/21’s Championship winners after being relegated in 2020 following persistent salary cap breaches, have been installed by bookmakers as favourites to claim the trophy.