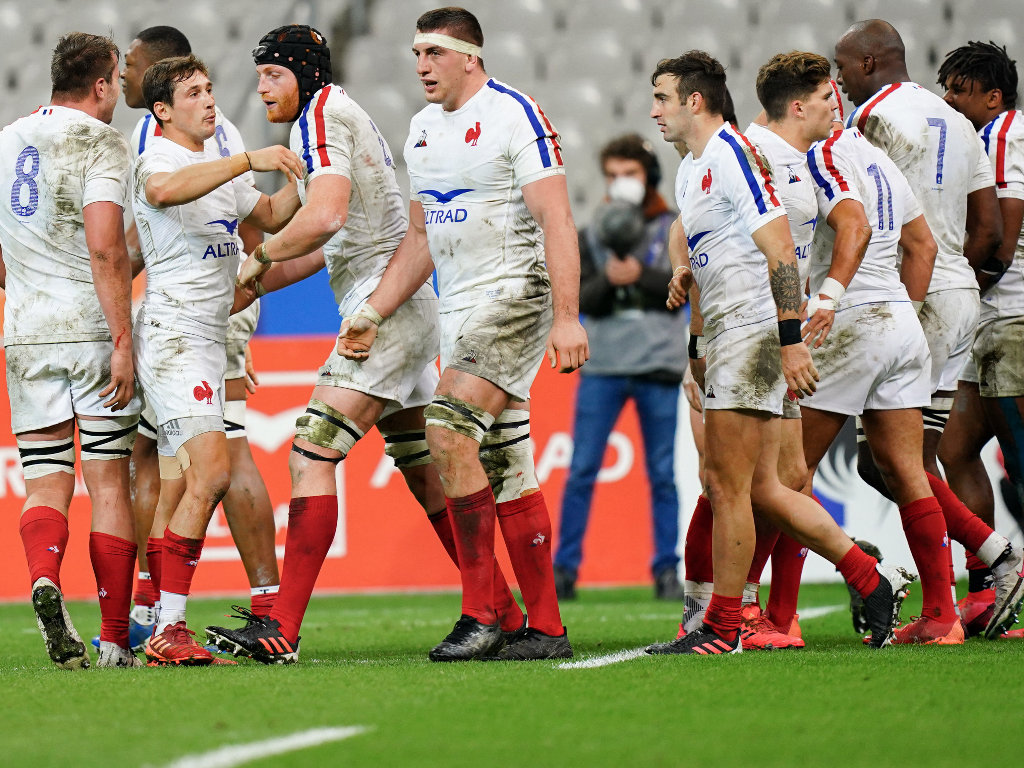 England’s path towards lifting a second piece of silverware of the autumn has been simplified by the internal politics that mean France must field a shadow team at Twickenham on Sunday.

The Autumn Nations Cup final has been devalued by the constraints placed on Les Bleus head coach Fabien Galthie, who has named a 31-man training squad containing only two players with caps totals in double figures in Brice Dulin and Uini Atonio.

An agreement struck in response to the threat of legal action from France’s Top 14 clubs due to the imposition of an extended international window means Galthie is only able to pick each player a maximum of three times across the six matches.

Having front loaded stars such as Antoine Dupont, Virimi Vakatawa and Gregory Alldritt in a campaign that started with a warm-up match against Wales a week before the final round of the interrupted 2020 Six Nations, Galthie is left with limited options.

Even the shadow team that flattened Italy on Saturday night must now return Teddy Thomas and Baptiste Serin back to their clubs, while the unavailability of Serin requires that France pick a third captain.

England are eager for revenge after coming unstuck in Paris in February – their only defeat of 2020 – but the entire starting XV that sent them spinning to a 24-17 loss are ruled out. In total 20 players are missing because of the rule imposed on Galthie.

Instead of a thunderous climax between Eddie Jones’ Six Nations champions and a resurgent France full of forward might and attacking firepower, the Autumn Nations Cup will end in a non-event.

Jones, however, is still targeting a comprehensive victory built on forward dominance.

“France were too good for us on that day. Whatever France has in store for us, we will be delighted to play against them,” he said.

“They are a good team. The French have always got a tough forward pack so up-front we are going to have beat them up.

“The challenge is get on top of them up front and then we can create some space out wide so we can play a bit. That’s the challenge for us.”

A crowd of 2,000 will be present at Twickenham to watch the conclusion to the longest autumn of them all hoping that England will ignite following a series of business-like but unspectacular wins.

🎥 Check out the video highlights of the #AutumnNationsCup clash. 👇 https://t.co/aGKpeTi9Mt

Overall the Autumn Nations Cup has produced few highlights as a result of the malaise affecting the game.

“I was watching the Mitre 10 Cup final on Saturday morning and I think I saw about eight consecutive box kicks which you never used to see in New Zealand rugby,” said Jones.

“It just indicates how hard it is break down defences now. We have got 15 incredibly athletic players who are all trained to be bigger, faster and stronger and the field has not changed size.

“When I played rugby 30 years ago only seven people defended the field because you had eight people the ruck.

“Now we have got 15 players able to defend the field, it is just getting harder and harder to break them down.

“Defences are coming off the line harder so you have got to attack rush defence, which is a new set of skills that are players are slowly developing. We still have a long way to go which is good for us.”