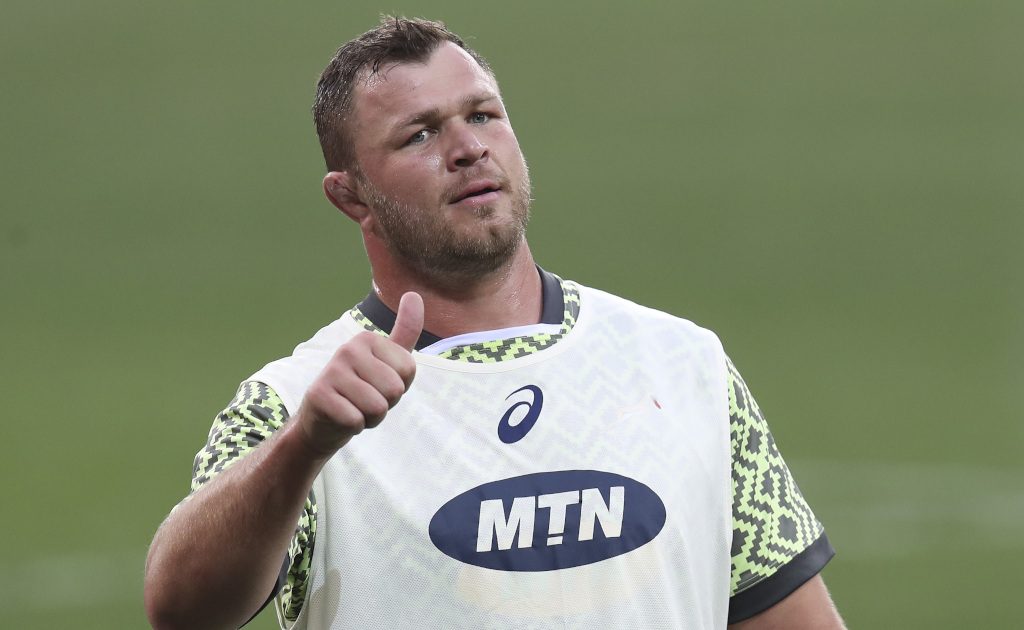 South Africa number eight Duane Vermeulen is confident he will face a fit and fully firing Joe Marler when he takes on England in their Autumn Nations Series clash.

The Harlequins front-row missed last week’s impressive win over Australia after testing positive for Covid-19 and will only be able to leave quarantine this Friday.

Eddie Jones’ front-row stocks have been depleted by injury and Covid so Marler is set to be included on the bench or the starting XV when the team is revealed.

Will not be fazed

And Vermeulen insists the England loosehead prop will not be fazed, citing the Springboks’ own experience of taking to the field soon after leaving isolation.

“If I’m not mistaken, our South Africa squad did it against Georgia in the summer,” he said.

“And the guys were in lockdown before they played for the SA ‘A’ team. They could only get out on the Friday to do their captain’s run.

“It’s going to have a major effect on you but as an individual it’s a little bit different to a bigger group of guys.

“If you’re fit enough… Joe Marler a good scrummager and loves a bit of banter on the field. He’ll be happy if he’s starting or sitting on the bench.”

South African rugby has been rocked by the news that former prop Jannie du Plessis’ son drowned in a swimming pool on Tuesday.

“We haven’t discussed it as a squad, yet, but I woke up to a message from my missus about what had happened back home,” Vermeulen said.

“They are in our thoughts and on our minds, and we send our condolences to Jannie and family.

“It’s obviously a very difficult time and we will stand behind and support them in whatever way we can.”

George Horne hoping to get a start against Japan