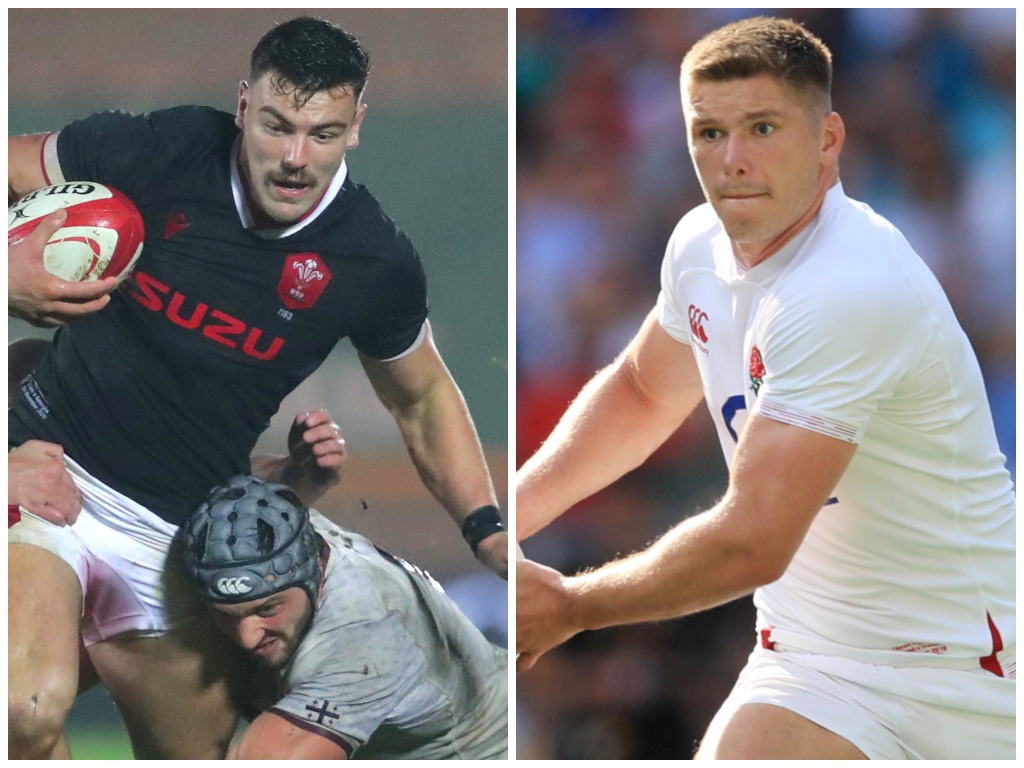 On paper and on form, there seems an inevitability about the contest in Llanelli, but England fans, players and coaches know that it is never that easy against Wales.

Not since the late 1990s and early 2000s, where Clive Woodward’s side swept all before them, have the Red Rose enjoyed sheer dominance over their arch rivals.

Even during that barren period for Welsh rugby, they managed to shock their neighbours, ruining the Englishmen’s Grand Slam hopes in 1999 with a 32-31 triumph at Wembley.

Few are predicting Wayne Pivac’s side to even get close this weekend, given their recent six-match losing streak and the injuries that have stretched the squad, but stranger things have happened between these two nations.

England, despite France’s improvement, are currently the strongest team in the northern hemisphere, having reached a World Cup final in 2019 before they followed that up with the Six Nations title.

The 23 that will run out at the Parc y Scarlets is quite simply frightening, with Eddie Jones selecting a number of proven performers alongside some talented youngsters, but perhaps the most concerning thing for Wales is that Saturday’s opponents still have plenty of room for improvement.

There are few surprises in an extremely talented English XV and it is complemented by a powerful, youthful and athletic bench, which should be more than enough to secure a comfortable win against a faltering outfit.

Jones’ men haven’t, however, quite found their stride at times, particularly in attack. Every team they have faced, including supposed minnows Georgia and Italy, have managed to disrupt their rhythm and Wales certainly feel they have the players to do a similar job.

The question with the hosts comes in their lack of experience and continuity in some key positions. While Jake Ball adds solidity in the second-row, hooker Ryan Elias has struggled with his throwing over the past few games and that lack of set-piece stability will hand the initiative to England.

They also face a mammoth battle at the breakdown against Red Rose tearaways Tom Curry and Sam Underhill, with Shane Lewis-Hughes and James Botham very much finding their way at the highest level. Behind the scrum, Liam Williams’ absence is a huge blow and teenager Louis Rees-Zammit will be challenged under the high ball by the visitors’ accurate kicking game.

There is plenty that can go right for Wales, providing their youngsters match the potential they undoubtedly have, but there is also a lot that can go wrong should they, perhaps expectedly, succumb to the pressure England will exert.

The likes of Rees-Zammit, Johnny Williams, Lewis-Hughes and Botham will be around Welsh squads for a long time, but there is a huge difference in the pace and physicality at Test level and that will ultimately be the deciding factor this weekend.

We expect them, in the traditional Welsh way against the English, to put up a stubborn fight, but the power and relentlessness of Jones’ charges will wear them down in the end.

For Wales: The back-row has been a particular strength for England since Tom Curry and Sam Underhill joined forces just prior to the 2019 World Cup. It means the onus is on youngsters James Botham and Shane Lewis-Hughes to combat the power, nous and ability of their opposite numbers. Lewis-Hughes has enjoyed an excellent start to his Test career, with the blindside proving to be strong over the ball at the contact area and also powerful in the carry. Botham, meanwhile, made his debut against Georgia and did some good things, but this task will be several levels up for the 22-year-old. Wales will also hope that Taulupe Faletau finds his best and leads by example, potentially inspiring his young cohorts to challenge England’s dynamic flanker duo.

For England: It is a big match for Exeter Chiefs’ Henry Slade, who hasn’t really fired over the past few games. Although it isn’t totally his fault, with England’s attack generally struggling for fluency, Eddie Jones will expect more from the playmaker. Back in the more familiar 13 shirt, instead of the inside centre position he occupied against Italy, Georgia and Ireland, Slade will have more space to weave his magic. Outside two other decision-makers in George Ford and Owen Farrell in the backline, the Red Rose may well expect the Exeter man to carry more and get his hands on the ball, which should benefit the 27-year-old.

Head-to-head: After impressing against Georgia, Johnny Williams is handed another chance by Wales’ head coach and he goes up against England’s captain and lynchpin Owen Farrell. They are very different players, with Williams the powerful gain line presence and the Red Rose skipper a playmaker and kicker in the back division, and it will be interesting to see how the battle transpires on Saturday. The Welsh centre is actually English born and raised and won a World U20 Championship in 2016 with the age-grade side, but has decided to commit to Wales, qualifying through his father. There is huge pressure on Williams and the similarly inexperienced Nick Tompkins, and Farrell will certainly look to test out their defensive capabilities at the highest level.

Prediction: England have selected a remarkably powerful side and they should win with a bit to spare, but Wales never give in easily against their arch rivals. England by 12.